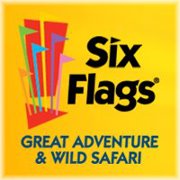 How awesome is this? The cast of “Jersey Shore” including Nicole “Snooki” Polizzi, Jenni“JWOWW” Farley, Vinny Guadagnino, Sammi “Sweetheart” Giancola, Ronnie Ortiz-Magro and Deena Nicole Cortese will reunite to thank the student volunteers with a day of roller coasters, games and giving back, helping to raise funds for United Way.  Additionally,  Sammy Adams and Timeflies will join previously announced multi-platinum, Grammy Award-winning Motown Records artist Ne-Yo as performers for the “Spring Fix” benefit concert at Six Flags Great Adventure on Saturday, March 23, 2013 beginning at 3 pm.  The concert is free with park admission to all Six Flags guests, and a portion of the day’s proceeds will be donated to United Way.

As part of an alternative spring break, MTV has teamed up with United Way and mtvU, MTV’s 24-hour college network, to bring 50 college students from around the country to the New York / New Jersey area beginning on Sunday, March 17 to help rebuild communities devastated by Hurricane Sandy.  Celebrities will join their efforts, including MTV’s Andrew Jenks “World of Jenks,”  Vinny Guadagnino, former “Jersey Shore” star who will also host the new series “The Show with Vinny,” New York Giants All-Pro Defensive End Justin Tuck, “The Challenges” alums Kenny Santucci and  Evan Starkman, and  Averey Tressler and Johnny Reilly from the upcoming season of “Real World Portland.” MTV cameras will be on the ground capturing all the “Spring Fix” activities, and the “Spring Fix” coverage will air during a special “Spring Break” themed week on MTV and mtvU beginning April 1, 2013.

To thank the 50 students for their service and raise funds for United Way, Six Flags Great Adventure, the world’s largest theme park, located in Jackson, New Jersey will host the “Spring Fix” concert with three-time Grammy Award-winning artist Ne-Yo on Saturday, March 23, 2013, the season opening of the Park.  Ne-Yo found his big break when R&B singer-actor Mario scored a #1 hit with “Let Me Love You,” which Ne-Yo co-wrote with the track’s producer Scott Storch.  The song made it to the #1 spot on the Billboard Hot 100 for nine weeks.  Ne-Yo helped ring in 2013 with a performance on MTV’s “Club NYE,” and also shared the stage with Pitbull for an explosive performance during the 2011 MTV Video Music Awards.

RCA Records singer, songwriter and producer Sammy Adams will hit the road this spring on a national tour with T. Mills. Adams is currently in the studio working on his debut RCA Records album coming later this year and recently co-wrote and was featured on Enrique Iglesias’ single “Finally Found You” which made it to the Top 10 on Billboard’s Hot 100 chart. Last summer, Adams premiered the official video for his explosive summer single, “Only One,” across VEVO.  The song was also featured as part of CBS’ promos for the 2013 NFL playoffs. Late last year, Adams released OK Cool, his pre-album (mixtape) which featured a snippet of his track “All Night Longer,” now available for sale at all digital music providers.

Timeflies duo Rob “Rez” Resnick and Cal Shapiro started the band in 2010 and in September 2011 they released their first debut album, The Scotch Tape. They’re known for their remixes, performing live covers, freestyling and original beats. Their second album will be released in Spring/Summer 2013.

Service projects are being planned with United Way in locations in New York including Long Beach, The Rockaways, and Staten Island, and in Monmouth County and Ocean County in New Jersey.  MTV’s “Spring Fix” efforts are a continuation of the sustained effort by MTV to help rebuild Seaside Heights, New Jersey, and other areas devastated by Sandy.  In November 2012, dozens of stars, artists and organizations joined with MTV for an hour-long fundraising special, “Restore the Shore,” which helped raise desperately needed aid to help rebuild the heart of the Jersey Shore.

In 2006, MTV partnered to host the first ever United Way Alternative Spring Break, with students from around the country trading the typical beach parties and nights out to go to communities in the Gulf Coast to help with long-term recovery efforts following Hurricane Katrina.  United Way Alternative Spring Break has offered thousands of young people the opportunity to do meaningful service since inception.

Young people who are unable to join “Spring Fix” but want to get involved will be able to find additional service opportunities at SpringBreak.MTV.com or at Serve.MTV.com. For more information or to get involved, go toSpringbreak.MTV.com.

Should I Buy A Great Wolf Lodge Paw Pass?

Great Wolf Lodge is one of our family’s favorite resorts to visit.
Heading out of the city and into the Poconos, PA is always a welcome trip in our eyes.
We can escape to the cozy lodge and water park for endless hours of fun.
Many of my friends also frequent Great Wolf Lodge.
One of the biggest questions they have been asking me is if they should
purchase the Paw Pass when they visit the Great Wolf Lodge.
My answer of course, is always, Yes!
We love the Paw Pass and your family will, too.
First of all it’s a big savings vs. paying for individual activities. Secondly,
I love that it gives you a little check list of things to do while visiting the lodge.
I also love that you can buy one Paw Pass and share it between
your children if you choose! There is something for everyone on
the Paw Pass and so worth the price ($67.22).
The Paw Pass includes:
Check out the pictures below of ALL the activities and items included in the Paw Pass!
I think you will have to agree with me that it is an awesome addition to your
Great Wolf Lodge trip!