Watch “Doc McStuffins Time For Your Checkup” on YouTube
Emily loves this Doc McStuffins doll. She got it at Christmas and is STILL playing with it! 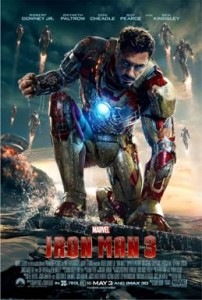 Visit the website: http://marvel.com/ironman3
Check out the NEW trailer here:
http://movies.yahoo.com/marvel
Disclosure: Information provided by Disney Pictures.
All opinions are that of Diane Sullivan. Email me at ELGeorgia@aol.com
Giveaway: Disney’s Wreck It Ralph
Now on Blu Ray Combo Pack
(4 Winners) 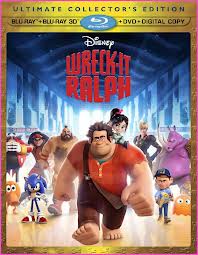 Our Disney family is just in awe of Wreck It Ralph!
We have been waiting for its arrival on Blu Ray Combo Pack and
now the time is here It was love at first sight on the big screen and
I’m sure the home version will be just as adored.
I think we all have that secret desire to actually become
part of the video game we are playing. Now we can get to know the
characters behind the game screen. Follow Ralph as
he sets unto his journey when he becomes sick of being
the bad guy!I won’t post any spoilers, just in case you
have not had the awesome experience of already
seeing this movie.
Walt Disney Animation Studios and Emmy®-winning
director Rich Moore (TV’s “The Simpsons,” “Futurama”) take us on a
hilarious, arcade-game-hopping journey
in “Wreck-It Ralph.” Ralph (voice of John C. Reilly, “Talladega Nights:
The Ballad of Ricky Bobby,”
“Step Brothers”) is tired of being overshadowed by Fix-It Felix (voice of Jack McBrayer, “30 Rock”), the “good guy” star of their game who always gets to
save the day. But after decades doing the same
thing and seeing all the glory go to Felix, Ralph decides he’s tired of
playing the role of a bad guy.
He takes matters into his own massive hands and sets off on a
game-hopping journey across the arcade through every generation
of video games to prove he’s got what it takes to be a hero.

On his quest, he meets the tough-as-nails Sergeant Calhoun
(voice of Jane Lynch, TV’s “Glee”)
from the first-person action game Hero’s Duty.
But it’s the feisty misfit Vanellope von Schweetz (
voice of Sarah Silverman, “The Sarah Silverman Program”)
from the candy-coated cart racing
game, Sugar Rush, whose world is threatened when Ralph
accidentally unleashes a deadly enemy
that threatens the entire arcade.
Will Ralph realize his dream and save the day before it’s too late?          “
Walt Disney, $29.99; Blu-ray, $39.99/$49.99
“Like” WRECK-IT RALPH on Facebook:
https://www.facebook.com/WreckItRalph
GIVEAWAY
Win one of four copies of Disney’s Wreck It Ralph Blu Ray Combo Packs
right here. Enter on Rafflecopter below. Good Luck.
Winners chosen March 12, 2013 at 11:59pm and notified by email. Winners will
have 24 hours to respond and claim prize before a new winner is chosen.
Disclosure: Prizes and Information provided by Disney Pictures.
All opinions are that of Diane Sullivan. Email me at ELGeorgia@aol.com
IMPORTANT: Refer friends to LIKE 3decades3kids and/or NewarkMacaronikid on
Facebook and BOTH of you WIN a copy! Make sure they tell who sent them. You can
also write on the facebook page who you are sending! (I LOVE that BOTH you and your friend will win!).
a Rafflecopter giveaway