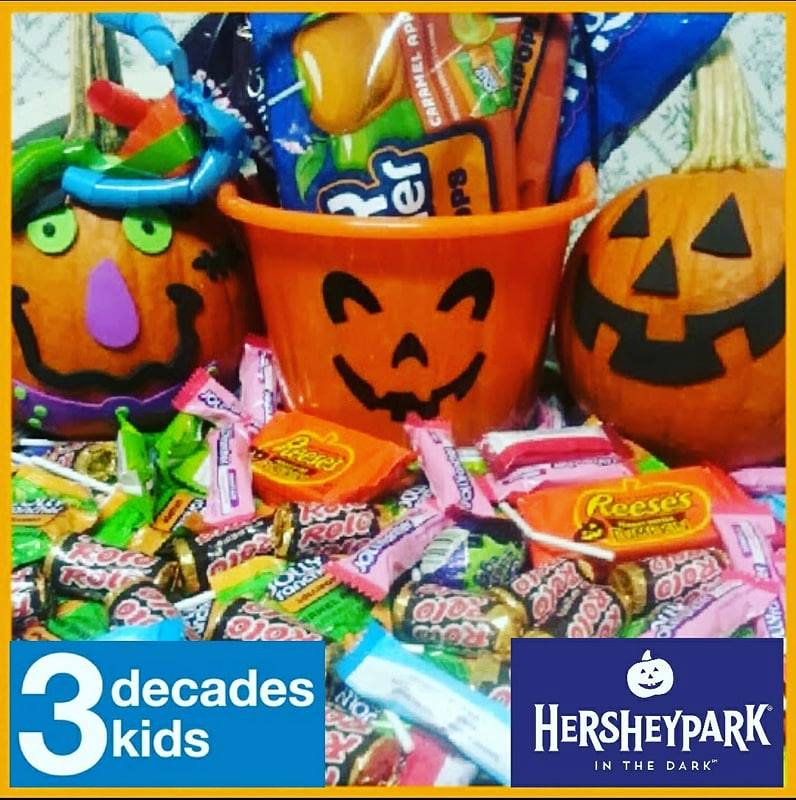 Best news ever! We are packing up the car now and heading out the door to Hershey, Pa! You already know how much we love to travel and you also know we are kind of a little bit, wait a lotta bit obsessed with Halloween! This Fall we have been covering all things Halloween in the Tri- State area. Of course we are taking you with us! Please follow along whichever way you’d like. We’ll be covering the trip via  3decades3kids on Twitter, Instagram, FB, Google+, Tumblr, Youtube, Snapchat , so just go ahead and grab your favorite choice to follow. 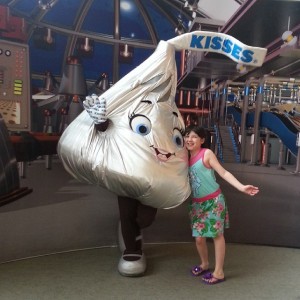 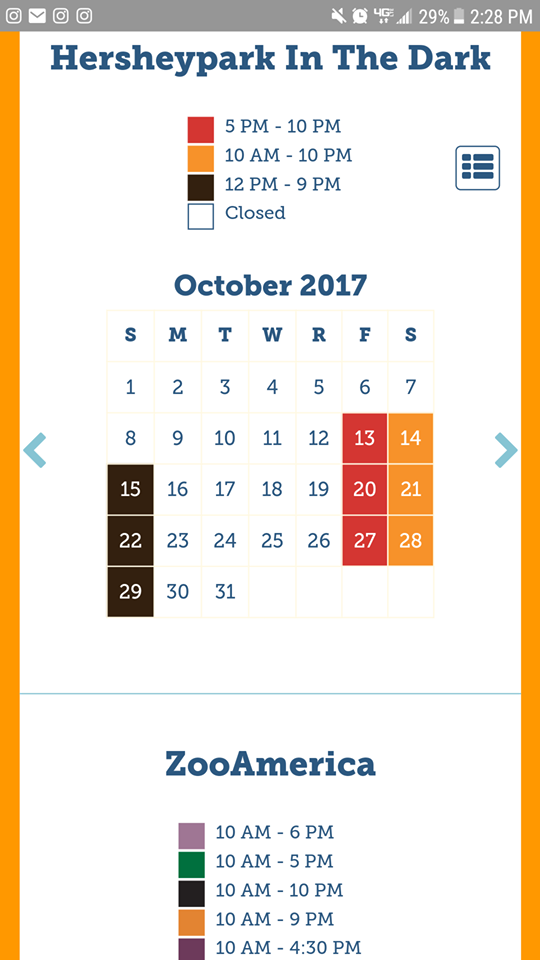 If you don’t already like us as 3decades3kids please consider liking us now. We are heading to Hershey Park In the Dark this weekend and will be going FB Live on that page!

🙂 We will be covering the what the resort looks like, the rooms , Chocolate World and of course all of the Halloween activities! Did you know that Hershey Park RENAMES their rides to Halloween themed rides! So much fun! #hosted https://www.facebook.com/3decades3kids/ 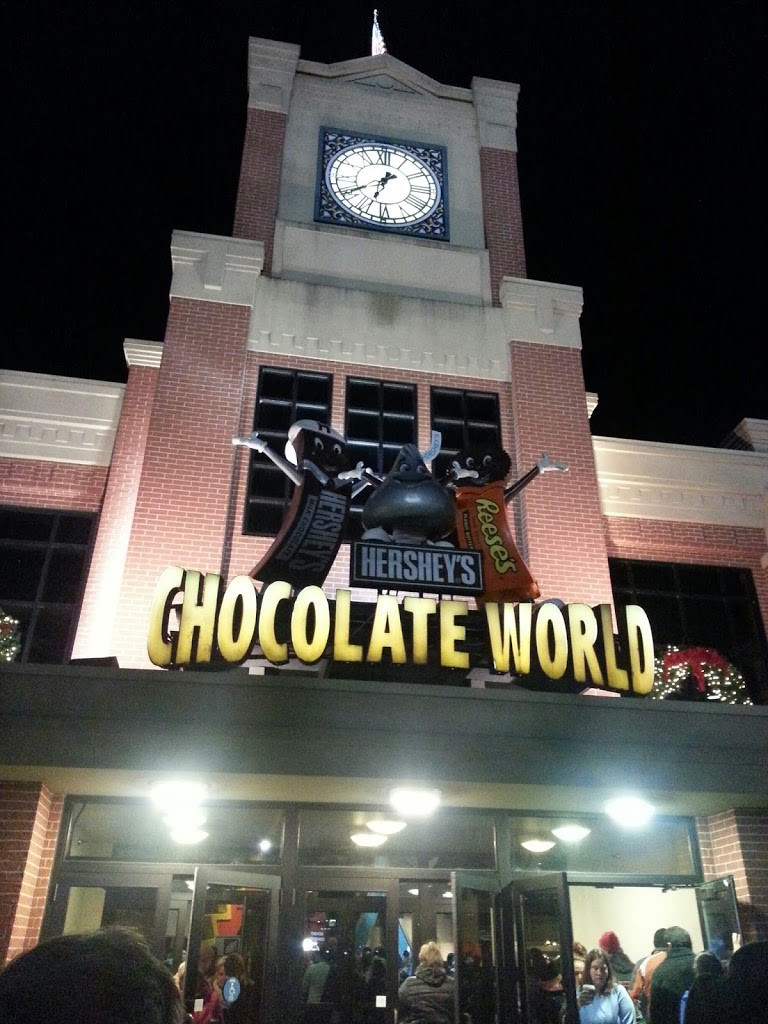 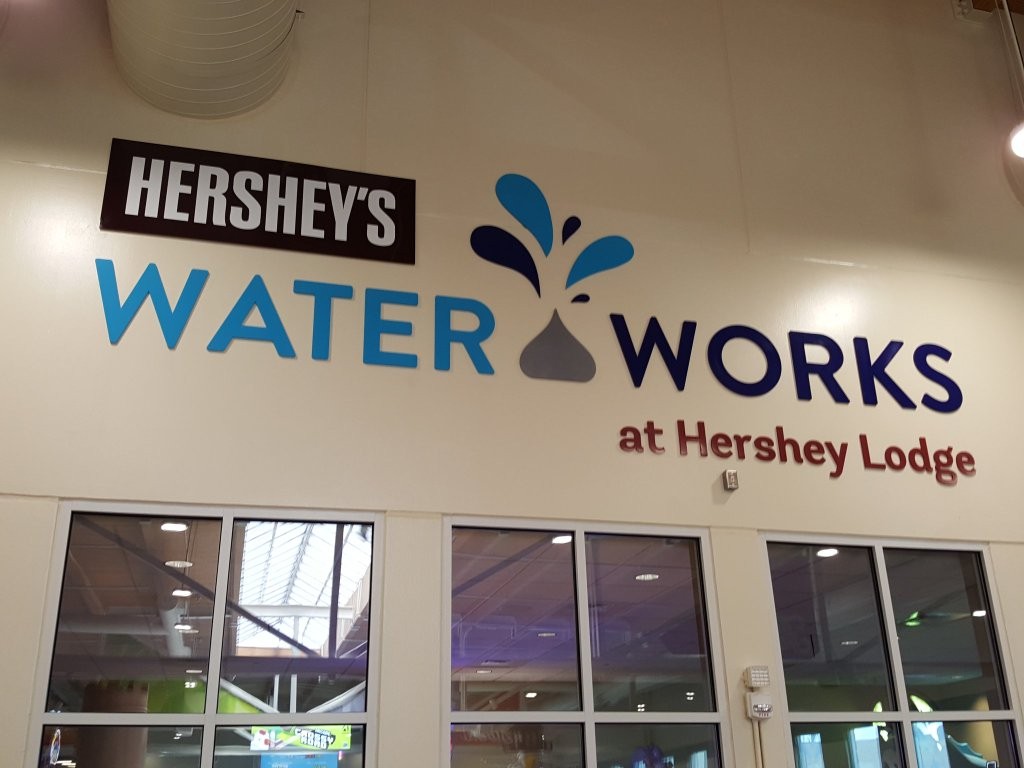 We have not visited Hershey Park for the Halloween events in a long time, but we are pretty excited about seeing what is new from the last time. I something SO amazing on the #VisitPA FB chat today- It was one of those oversized shakes with a pumpkin roll sticking out of the top! I am B-lining it to the location to grab one of those! We will also be checking out the Trick-or-Treat trail that begins at Hershey’s Chocolate World and keeps going right on into the park! We will also be sampling the CANDY!!! Who’s with me? We can’t wait to share! First stop- Hershey Lodge! You can check out more about Hershey Park in the Dark right here! 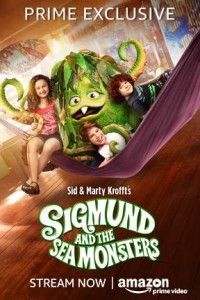 It feels like forever ago that I remember hearing Sid & Marty Krofft’s name in the house. Wow, this is awesome news that I think the kids are definitely going to enjoy! Sid & Marty Krofft’s Sigmund and the Sea Monsters follows two beachcombing brothers, Johnny (Solomon Stewart) and Scotty (Kyle Breitkopf), who find Sigmund – a real live sea monster. The two brothers befriend the harmless and funny Sigmund and hide him in their clubhouse. However, keeping him a secret may be nearly impossible since the town’s overzealous Captain Barnabas (David Arquette) is obsessed with proving that sea monsters are real. With the help of their cousin Robyn (Rebecca Bloom), this team of friends makes it their mission to protect their new friend and have a great and memorable summer. Based on the nostalgic 1970s live-action series, Sigmund and the Sea Monsters is directed by Ron Oliver and is executive produced by Sid and Marty Krofft and Stephen Engel. The series also features a cover of the original theme song, “Friends” by The Roots. You can download the activity sheets, cut out mask and artwork here.
Directed by:
Ron Oliver
Executive Producers:
Sid and Marty Krofft
Stephen Engel
Cast:
Solomon Stewart (Johnny)
Kyle Breitkopf (Scotty)
Rebecca Bloom (Robin)
David Arquette (Captain Barnabas)

Win 3 Months of Netflix for You AND a Friend Who Doesn’t Have It! We Want Everyone Watching Stranger Things 2 On October 27th! 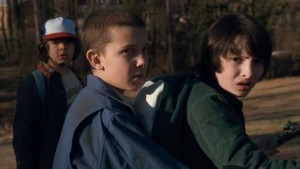 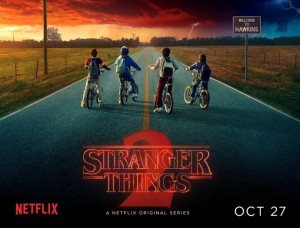 I can hardly believe it when I look at the calendar but there it is, October! It’s crazy. It feels like summer just ended and her we are just days away from Stranger Things 2!! When I first heard it would be coming out on October 27th it felt like forever but now we are literally in the homestretch. Did you watch Stranger Things? You HAVE to!! You just have to! I had finished it asap as soon as I watched the first episode. As for my hubby, he claimed he “wasn’t into it”. HA!! Haaaaaa!! Joke was on him. I insisted he watch the first two episodes and he was beyond hooked. Then he had the nerve to try and watch the rest without me. Hello!!! No way!! I introduced him to in. I had to sit there and watch it again with him. We binged it right through and it was even better the second time because I had hubby to talk about it with the second time around. SO, I’m beyond excited that I will have a binging buddy to watch Stranger Things 2 with this time around. We are already setting up for a viewing party! 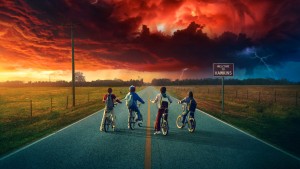 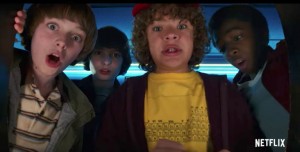 GIVEAWAY: Visit us on Facebook, Instagram and Twitter to enter! Please be sure you have followed us on FB, IG, and Twitter as well. All you have to do is tag a friend who does not have Netflix! Tag up to five friends each in a different comment of different tweet, so it counts. The both of you will be entered to win at 3 month code for Netflix! All entries will be gathered and placed into random.org to generate a winner. Giveaway ends October 24th at 11;59 pm. Winner will be notified the following day via the method of entry.

You can check out the Stranger Things 2 most recent trailer here:

Disclosure: Diane Sullivan/3decades3kids is a Netflix Stream Team member. All opinions are that of Diane and do not reflect the views of the parent company represented. Contact me at 3decades3kids@gmail.com or @3decades3kids across all social media platforms.