Giveaway: You Are Invited To

of A Bad Moms Christmas! 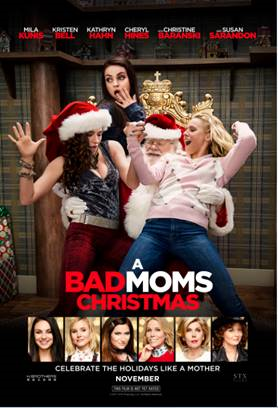 You are invited to the NYC Advance Screening of A Bad Moms Christmas!

To claim passes please click on the link below. Please remember to arrive early.

Screenings are overbooked to ensure a full house!

Under-appreciated and overburdened moms Amy, Kiki and Carla rebel against the challenges and expectations of the Super Bowl for Moms: Christmas. As if creating the perfect holiday for their families isn’t hard enough, they’ll have to do it while hosting and entertaining their own respective mothers when they come to visit.

Check out more about the movie here: http://badmomsxmas.com 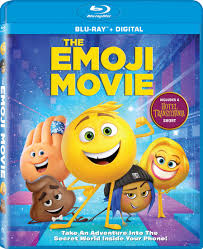 The Emoji Movie is the perfect social-media filled film for the whole family! From apps such as Spotify to even Just Dance making appearances in the movie, there’s something for everyone in this summer. The Emoji Movie focuses on Gene & his quest to fit in alongside the other emojis in his owner’s phone. When he finds out that he is viewed as a malfunction, Gene takes it upon himself to venture out and find a way to fix his problem before imminent destruction.
Buy the movie here:  http://www.theemoji-movie.com/discanddigital/
The movie is a wild ride, as Gene is joined by Hi-5. portrayed by James Corden, and Jailbreak, who is played by Anna Faris. They help him on his journey, as they surf through Spotify, YouTube, Just Dance, Dropbox, and many more familiar applications. A highlight of the Just Dance segment has to be the first appearance of the movie’s “Emoji Bop” dance, where the main character covers his face & pops out with a different emoji face every time.
While there are plenty of jokes for younger audiences, I found myself laughing the hardest during the movie’s segments following the characters of Mel Meh & Mary Meh, Gene’s parents in the film. As they search for their son but cannot break from their one emotion, they keep their conversations in one consistent monotone voice which makes for some great moments. Another highlight has to be the addition of the Poop emoji, portrayed by Sir Patrick Stewart, as he makes jokes such as telling his son not to wash his hands in the bathroom. The film does a great job giving the smaller characters personality, and making audiences feel the sense of there being a living world within their phones. Overall, The Emoji Movie is a big win for families as a mid-summer release. With laughs, a story that incorporates some of the most popular apps children and adults alike are using to this day, and a great cast, the film is a great time for all ages. 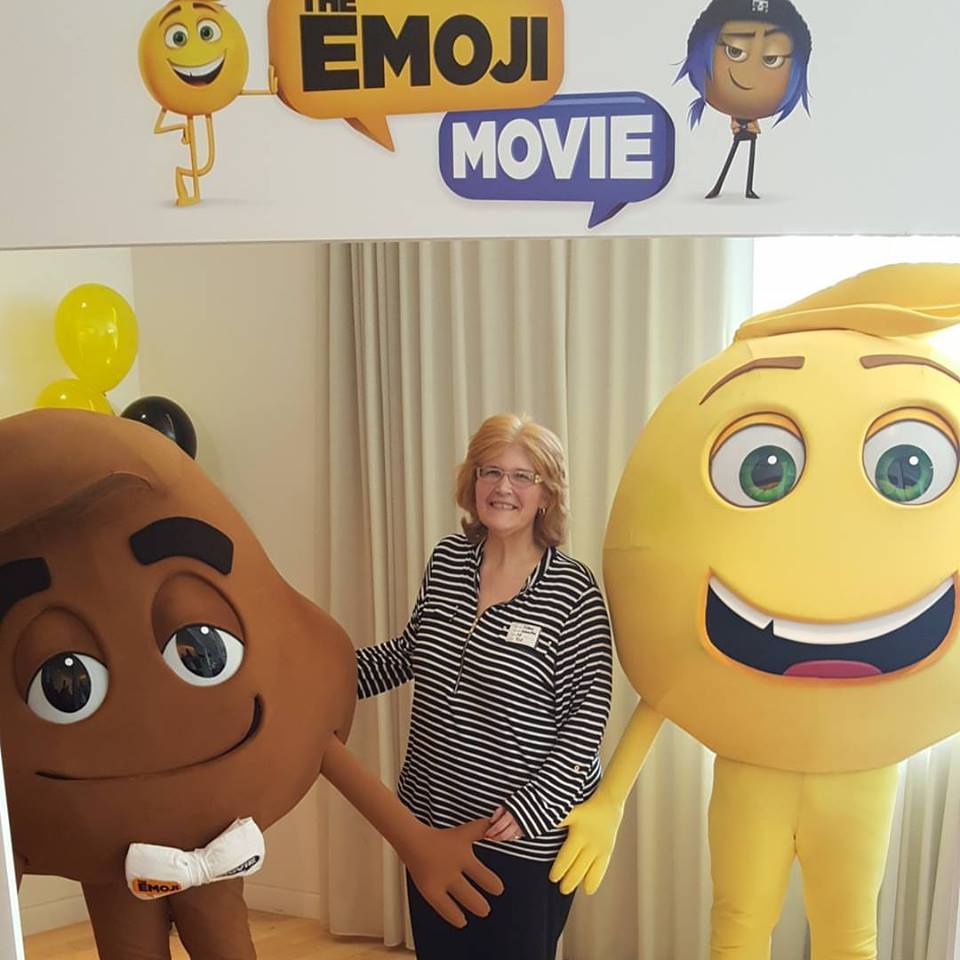 Be the movie night hero and bring home the film that kids give two thumbs up to for the ultimate kid’s movie night! It’s time to express yourself when Sony Pictures Animation’s THE EMOJI MOVIE arrives for the first time on Digital on October 10 and on 4K Ultra HD+ Blu-ray + Digital, Blu-ray + Digital and DVD October 24 from Sony Pictures Home Entertainment.  The animated comedy unlocks the never-before-seen secret world inside your smartphone.  Hidden within the messaging app is Textopolis, a bustling city where all your favorite emojis live, hoping to be selected by the phone’s user. In this world, each emoji has only one facial expression – except for Gene (T.J. Miller), an exuberant emoji who was born without a filter and is bursting with multiple expressions. Determined to become “normal” like the other emojis, Gene enlists the help of his handy best friend Hi-5 (James Corden) and the notorious code breaker emoji Jailbreak (Anna Faris). Together, they embark on an epic “app-venture” through the apps on the phone, each its own wild and fun world, to find the code that will fix Gene. But when a greater danger threatens the phone, the fate of all emojis depends on these three unlikely friends who must save their world before it’s deleted forever. 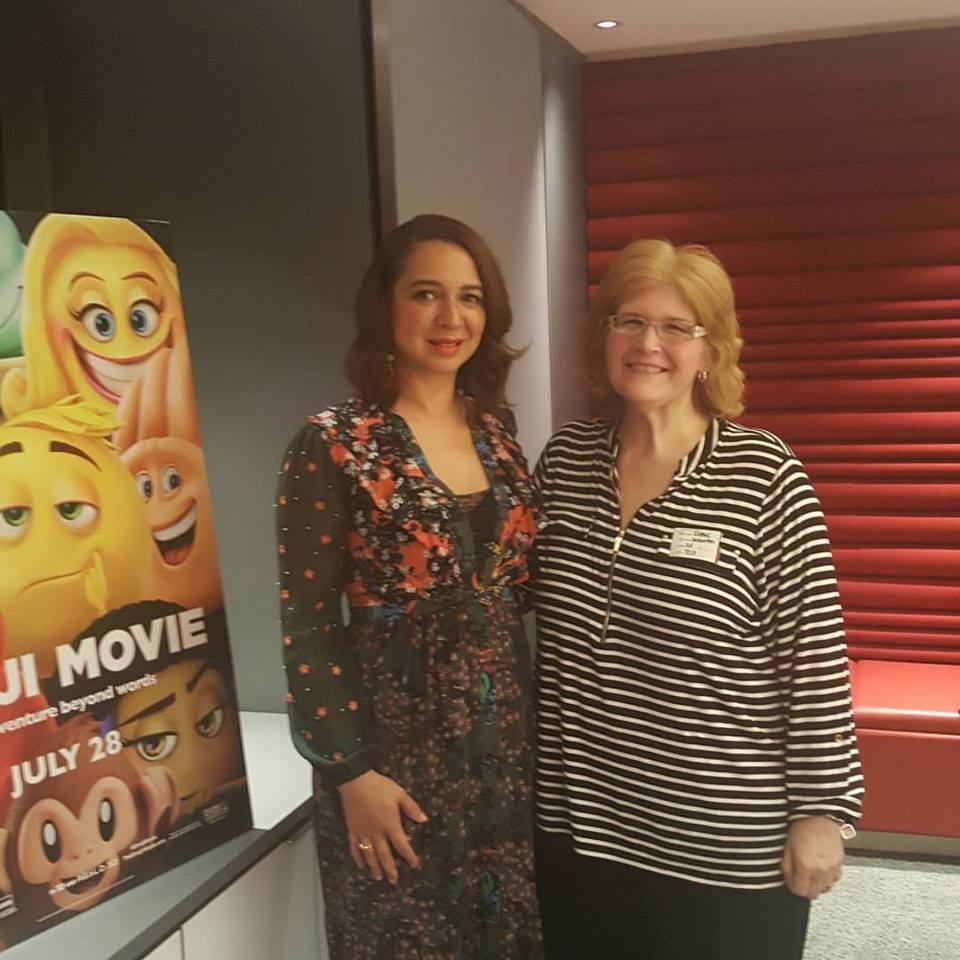 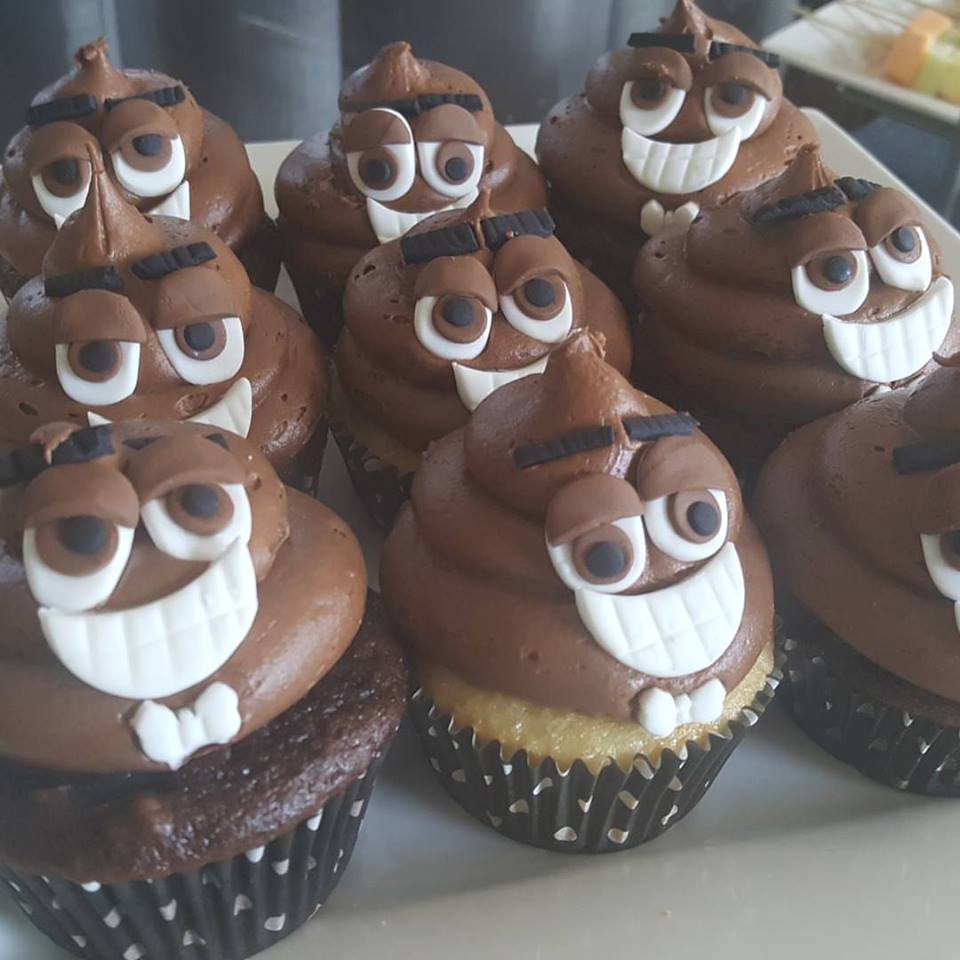 THE EMOJI MOVIE features an all-star voice cast including T.J. Miller (How To Train Your Dragon) as Gene Meh, James Corden (“Late Late Show with James Corden”) as Hi-5, Anna Faris (Cloudy with a Chance of Meatballs) as Jailbreak, Maya Rudolph (Big Hero 6) as Smiler, Steven Wright (Louie) as Mel Meh, Jennifer Coolidge (American Pie, Legally Blonde) as Mary Meh, Jake T. Austin (“Wizards of Waverly Place”) as phone owner Alex, Grammy® Award Winner Christina Aguilera as Akiko Glitter, Emmy® Award Nominee Sofia Vergara (The Smurfs) as Flamenca, Rachael Ray (“Rachael Ray”) as Spam, Emmy® Award Winner Sean Hayes (“Will & Grace”) as “Devil” Steven, and Emmy® Award Nominee Sir Patrick Stewart (X-Men, Star Trek: The Next Generation) as Poop.
THE EMOJI MOVIE is filled with interactive bonus materials on the Blu-ray, 4K Ultra HD, DVD and digital releases that are fun for the entire family to enjoy including the “Good Vibrations” Dance Along and Lyric Video, where you can join along in the dance party. Learn about the amazing dance moves from the film’s celebrity choreographer in “Choreographing Emoji with Matt Steffanina.” Get creative with step-by-step tutorials on how to draw your favorite Emoji’s with two “how to” videos. Go behind-the-scenes of a real-life coding school with the “Girls Who Code” featurette, and get to know everything about the all-star cast in “Express Yourself: Meet the Cast.” Fans will also get to unveil more of the story behind their beloved character in “Jailbreak Decoded: The Untold Story.” Additional featurettes include “Creating the World Inside Your Phone,” “Bringing Emoji’s to Life,” and the very exciting “Puppy! An Original Hotel Transylvania Short.”
In addition to extra content above, exclusive to Blu-ray, fans of all ages will be able to give it their best shot at the “Gimme a Hand! Guess the Emoji Game,” where Hi-5 and Smiler give you clues to help you guess the mystery Emojis. You will also have the chance to get creative with your Halloween Trick-Or-Treat candy with “Sweet App-etite: Make Your Own Candy Crush Inspired Saga Cake.”
THE EMOJI MOVIE is directed by Tony Leondis, with screenplay by Tony Leondis & Eric Siegel and Mike White and story by Tony Leondis & Eric Siegel.  The film is produced by Sony Pictures Animation, with Michelle Raimo Kouyate serving as the producer.
DVD and Digital Bonus Materials Include:
Blu-ray Exclusive Bonus Materials Include:
Everything listed above, plus:
4K Ultra HD Includes:
THE EMOJI MOVIE has a run time of approximately 91 minutes and is rated PG: for Rude Humor.
I had the pleasure of attending the Emoji Movie Press Junket at Sony Square NYC. Maya Rudolph who voiced the movie’s villain Smiler was more than happy to share her thoughts on the movie, parenting and more. Maya thought taking on the role of Smiler would be a fun challenge and also stated she thought the role was not as elaborate as she envisioned it to be. She loved that Smiler was one of the original set of emojis. Maya stated, “Emojis are a part of life. Everyone that has a phone uses them.” Because Maya immediately fell in love with the character she found it even more exciting to play.
When asked about being a parent and dealing with social media and kids she made a point of saying just how tough it was on parents these days. Her children on not on any social media platforms at the moment. She does let them have time on their ipads and manages device time.
When asked how she was able to stay in character, Maya told us how Tony helped out in the sound booth helping her to keep smiling while being, “insane”.
Of course, being me, I asked Maya if Smiler had a message to the audience (even though she was the villain). Smiler’s message? Be moved! You think you know what you want to do then something changes like your hair, your job and your world goes in a different direction.
See you in Textopolis my little Emoji friends! Enjoy the movie. http://www.theemoji-movie.com/
Disclosure: Diane Sullivan/ 3decades3kids is a The Emoji Movie partner blog. All opinions are that of Diane Sullivan and do not reflect the opinions of the partner company represented. Contact me at Diane@3decades3kids.net or @3decades3kids across all social media platforms. 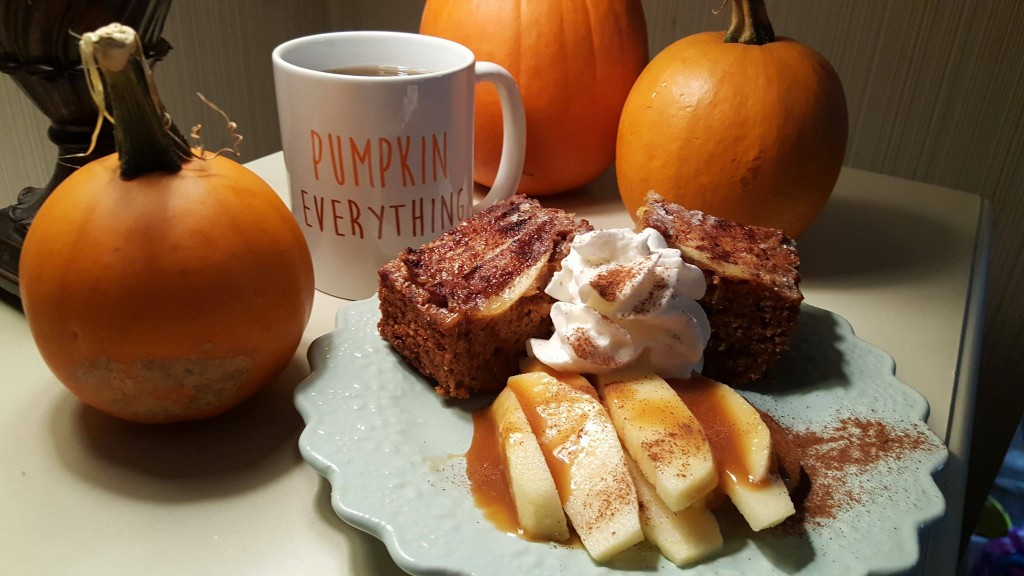 Fall is definitely one of my favorite times of year, the leaves are changing and a chill is in the air. But the best thing I love about fall is that pumpkin spice is everywhere I look. By this point in the game, you either love it or hate it. If you love it, like me, it is something to smile about and enjoy while it lasts! 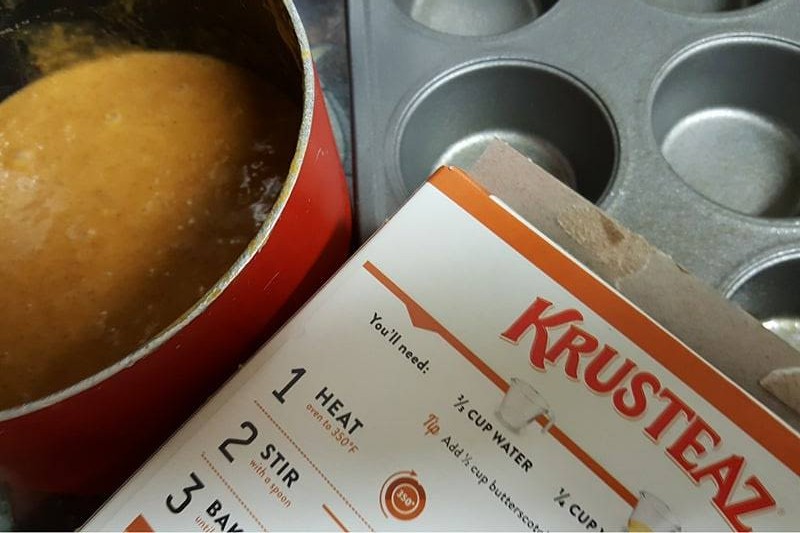 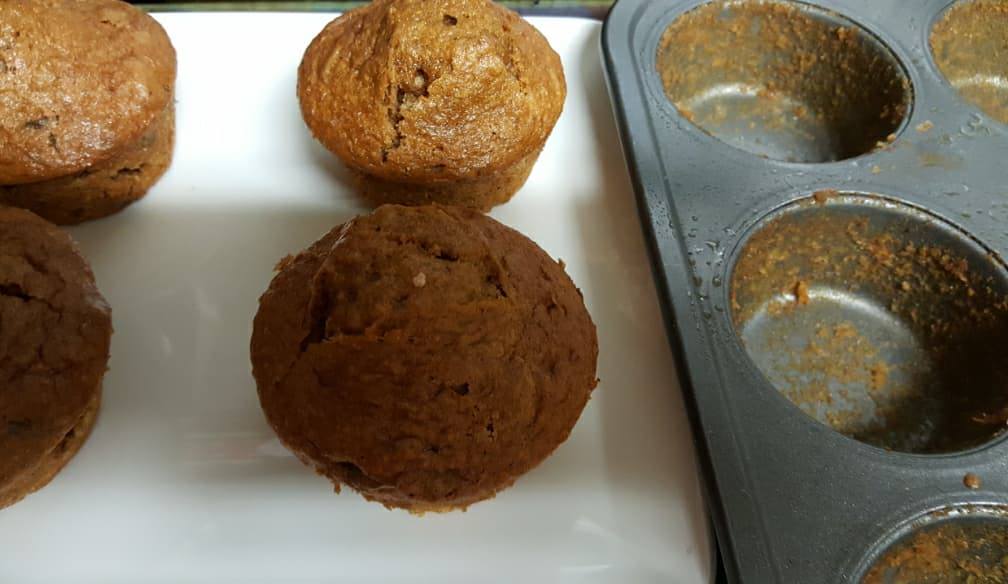 Recently I was introduced to some amazing Krusteaz Pumpkin Spice premium baking mixes. Little did I know they have an entire line of pumpkin spice mixes including Pumpkin Spice Cookies, Pumpkin Spice Muffins, Pumpkin Spice Bars and Pumpkin Spice Quick Bread. We have them ALL! How can you go wrong with them? The mixes are pretty much complete except for adding some eggs, oil, etc. The directions are easy to follow for everyone. 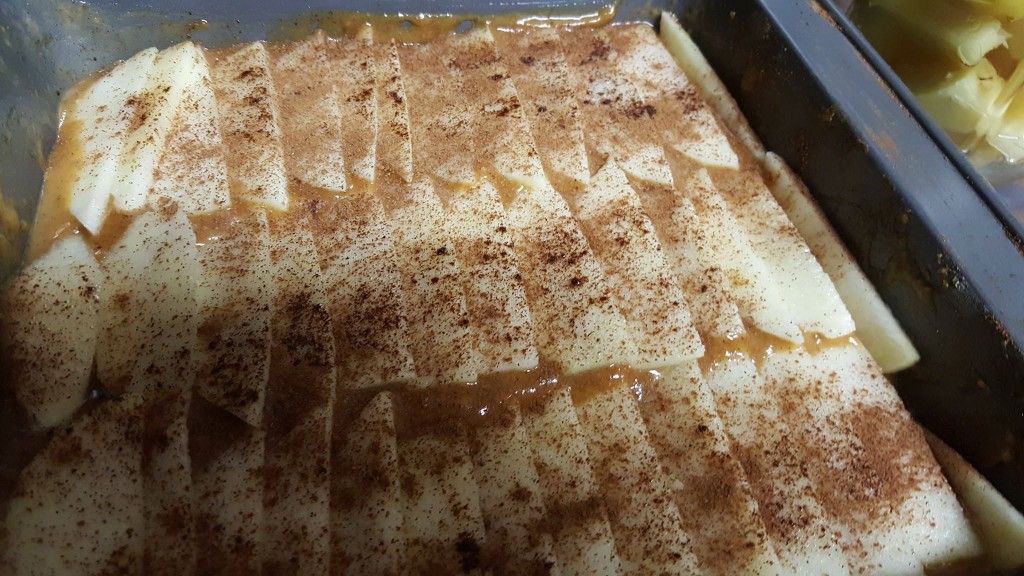 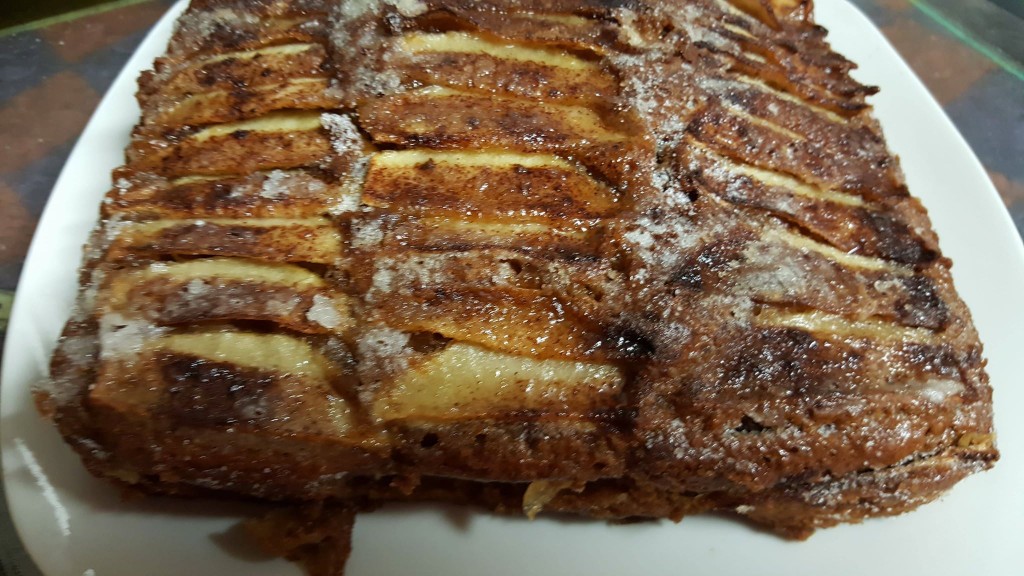 We have been baking up a storm. I am happy to say that my daughter is a baker just like her mom. She has been there at my side since she was a toddler and has grown up helping me in the kitchen. I am proud to say I have a partner in my love for pumpkin spice. Honestly, when the baking begins and the house fills with the scent of pumpkin spice it is pretty much going to be a good day around here.So this fall if you are in the baking mood look no farther than for Krusteaz for your favorite baked goodies. Click here to find out everything Krusteaz! 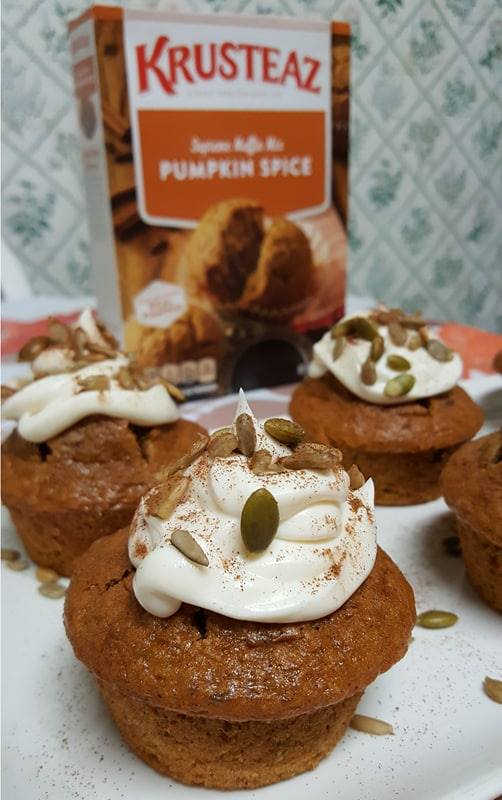 Giveaway: We are beyond thrilled to partner with Krusteaz for this fabulous fall giveaway! One lucky 3decades3kids reader will win a supply of  Pumpkin Spice Cookies, Pumpkin Spice Muffins, Pumpkin Spice Bars and Pumpkin Spice Quick Bread! Who wants them? We cannot wait to share. Good Luck! Our giveaway ends Saturday October 28, 2017 at 11:59pm USA/18+ only. Winner will be contacted via way of entry. Giveaway winner will be chosen via random.org. Prize delivery through Krusteaz.

Disclosure: Diane Sullivan/3decades3kids is a Krusteaz partner blog. All opinions are that of Diane and do not reflect those views of the parent company represented. Contact me at 3decades3kids@gmail.com or @3decades3kids across all social media platforms.