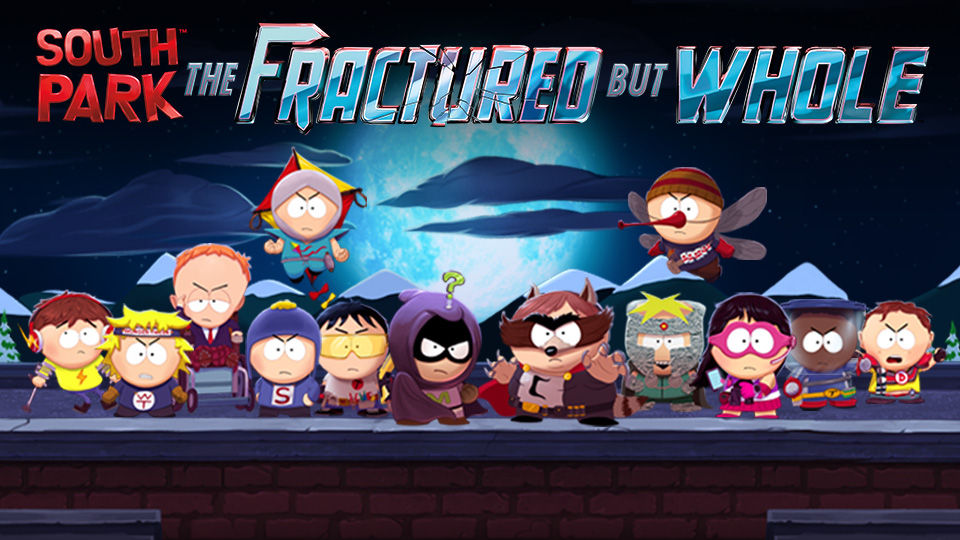 As you already know this family has been gaming a long time. Hubby and I go way back to gaming forever, prekids. We also have had quite a few laughs with South Park. So when we heard about Sount Park: The Fractured But Whole we had to play it! South Park: The Fractured But Whole, the sequel to 2014’s The Stick of Truth is an awesome and well put-together role playing game experience. From its turn-based combat to its hilarious dialogue, The Fractured But Whole reminds fans of all the great concepts that made the first game in the series work. Now role playing as superheroes, as opposed to the medieval setting, Cartman and the gang, along with the player’s character, band together on an ultimate quest.

The Fractured But Whole feels like a series of television episodes that the player gets to interact and fight in. The video game plays like the Comedy Central series, and the jokes are up to par with that of the show. Creators Matt Stone and Trey Parker were extremely hands-on in the process of putting this game together, and the authenticity shines through into the final product. Getting to run around South Park is a great experience, as players interact with the environment around the, and encounter fan-favorite characters from the series.

The combat has also been improved since The Stick of Truth, which at the time I thought had mastered a simple and straightforward fighting system. However, the battle mechanics shown off in The Fractured But Whole are extremely easy to grasp, and make the fights feel more interactive than before. Similar to that of The Stick of Truth, as the game progresses, new characters are added to the party. These offer different combinations for battle, and help in keeping the experience fresh over the game’s run time. New characters each have their own special abilities, and can create some awesome and humorous sequences in battle.

Disclosure: Diane Sullivan was provided with a copy of a video game for the sole purpose of review. All opinions are that of my own and honest. Opinions do not reflect those of the parent company represented. Contact me at 3decades3kids@gmail.com