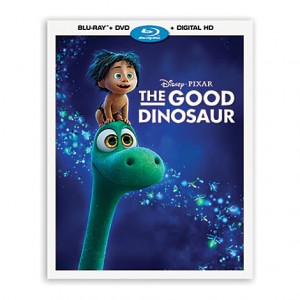 There is no doubt about it, our family totally loves all things Disney. When a movie comes out we have to know every single detail that has to do with that movie. So before The Good Dinosaur even was complete we had the chance to get a NYC sneak peek and hear all the plans. From that point on I knew I was in love with this movie. I knew to bring a box of tissues along to see the finished product! Check out all things The Good Dinosaur and order your own copy here. Don’t forget to check out the special perks if you buy your copy from the Disney Store, Target or Walmart. 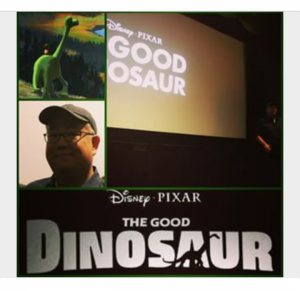 Synopsis: “The Good Dinosaur” asks the question: What if the asteroid that forever changed life on Earth missed the planet completely and giant dinosaurs never became extinct?  Pixar Animation Studios takes you on an epic journey into the world of dinosaurs where an Apatosaurus named Arlo (voice of Raymond Ochoa) makes an unlikely human friend. While traveling through a harsh and mysterious landscape, Arlo learns the power of confronting his fears and discovers what he is truly capable of. Voice Cast: Jeffrey Wright, Frances McDormand, Marcus Scribner, Raymond Ochoa, Jack Bright, Steve Zahn, AJ Buckley, Anna Paquin, Sam Elliott -and the Director: Peter Sohn

Giveaway: We are thrilled to be able to partner with Disney Pixar The Good Dinosaur! They will be giving two lucky readers a deluxe digital code to The Good Dinosaur. Giveaway ends 2/25/2016 at 11:59pm. Winner will be contacted via email on the morning of 2/26. Winner will have 48 hours to respond and claim prize. Prize will be mailed by Diane Sullivan once prize is claimed. If not claimed another winner will be chosen. 18+/USA only. Please enter on the rafflecopter below. 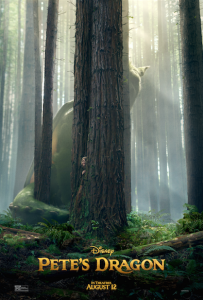 A reimagining of Disney’s cherished family film, “Pete’s Dragon” is the adventure of an orphaned boy named Pete and his best friend Elliott, who just so happens to be a dragon. In Theaters August 12, 2016.

A reimagining of Disney’s cherished family film, “Pete’s Dragon” is the adventure of an orphaned boy named Pete and his best friend Elliott, who just so happens to be a dragon. “Pete’s Dragon” stars Bryce Dallas Howard (“Jurassic World”), Oakes Fegley (“This is Where I Leave You”), Wes Bentley (“The Hunger Games”), Karl Urban (“Star Trek”), Oona Laurence (“Southpaw”) and Oscar® winner Robert Redford (“Captain America: The Winter Soldier”). The film, which is directed by David Lowery (“Ain’t Them Bodies Saints”), is written by Lowery & Toby Halbrooks based on a story by Seton I. Miller and S.S. Field and produced by Jim Whitaker, p.g.a. (“The Finest Hours,” “Friday Night Lights”), with Barrie M. Osborne (“The Lord of the Rings: The Fellowship of the Ring,” “The Great Gatsby”) serving as executive producer.

For years, old wood carver Mr. Meacham (Robert Redford) has delighted local children with his tales of the fierce dragon that resides deep in the woods of the Pacific Northwest. To his daughter, Grace (Bryce Dallas Howard), who works as a forest ranger, these stories are little more than tall tales…until she meets Pete (Oakes Fegley). Pete is a mysterious 10-year-old with no family and no home who claims to live in the woods with a giant, green dragon named Elliott. And from Pete’s descriptions, Elliott seems remarkably similar to the dragon from Mr. Meacham’s stories. With the help of Natalie (Oona Laurence), an 11-year-old girl whose father Jack (Wes Bentley) owns the local lumber mill, Grace sets out to determine where Pete came from, where he belongs, and the truth about this dragon. Disney’s “Pete’s Dragon” opens in U.S. theaters on August 12, 2016. 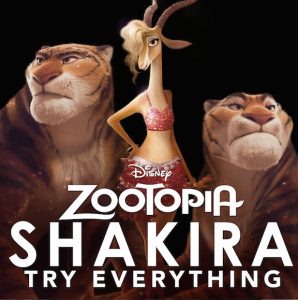 The all-new original song, “Try Everything,” was written by singer-songwriter Sia and songwriting duo Stargate. Director Byron Howard said, “For the role of Gazelle, Zootopia’s most beloved superstar, there was only one person on our wish list: Shakira. Luckily for us, she said yes. Her immense talent and charm bring Gazelle and her song, ‘Try Everything,’ to life.” “Try Everything” single is available now at digital retail. https://itunes.apple.com/us/album/try-everything-from-zootopia/id1066009981?app=itunes 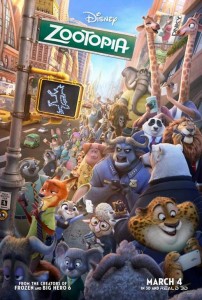 Walt Disney Records soundtrack to ZOOTOPIA will be available March 4th, the same day the film opens in theatres nationwide!

Giveaway Disney’s Snow White and the Seven Dwarfs on Digital HD and Blu-ray Combo Pack Release. Win it for yourself or your friends! 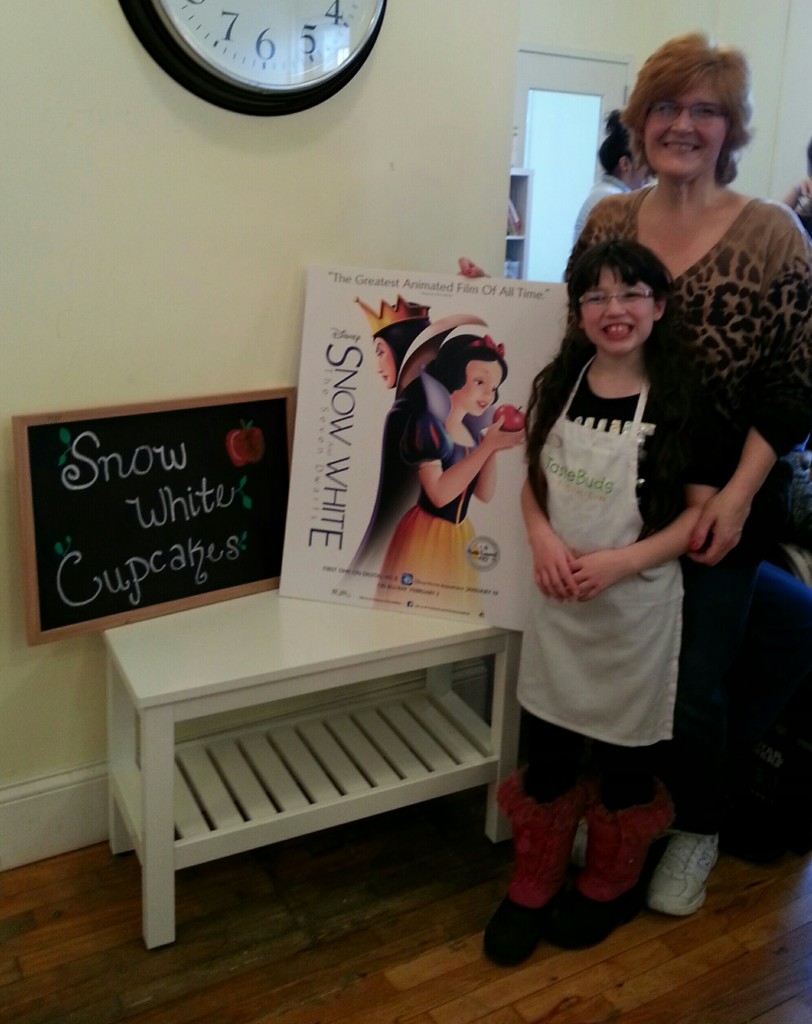 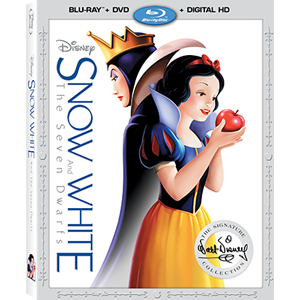 Snow White and the Seven Dwarfs is a movie I can remember watching with my parents and I am glad to share my love of the movie with my own family. Of course we all know how important the red apple is in the movie, so it was quite a treat to be involved in a baking class at Taste Buds Kitchen where the little bakers worked together to create red velvet cupcakes that resembled the witch’s red apple. Aprons on and step by step directions in hand, the children were guided through the baking process including whipping up some dreamy icing and fondant leaves to adorn the apple inspired cupcake. Did I mention the aroma of those delicious cupcakes baking? I’m glad the wicked witch was not there to temp me, although I could not help but sample the deliciousness when all was said and done. 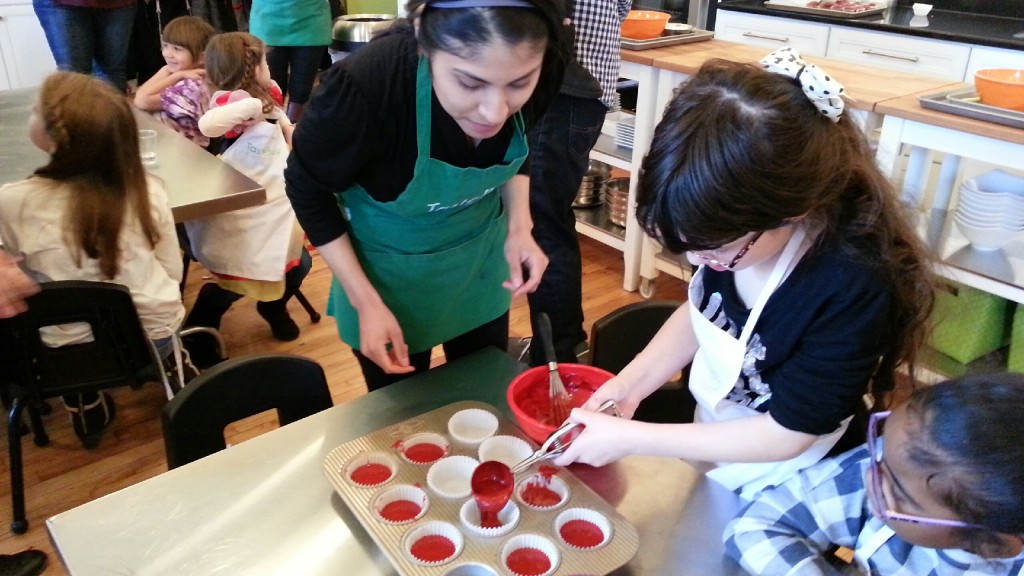 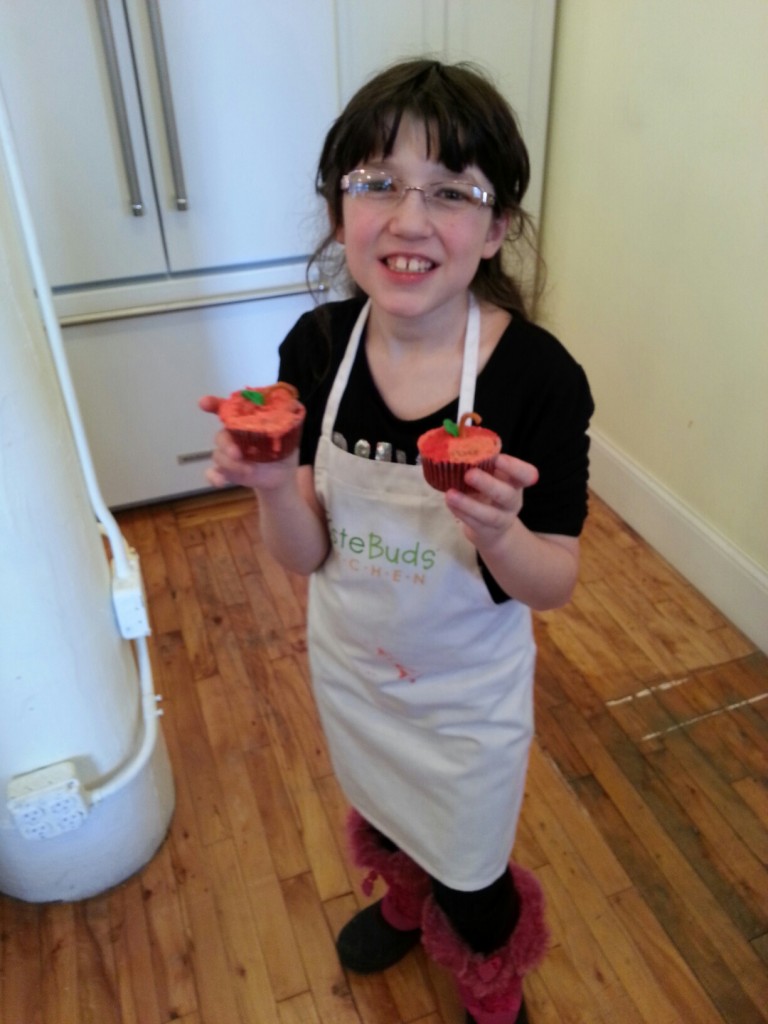 Now, getting back to the movie- Our family has spent years identifying with those adorable little dwarfs! Everyone has a favorite. Mine is Dopey! When we visit Walt Disney World our family is always sure to see Snow White and the Seven Dwarfs. They are just a staple in our love for all things Disney. The movie never gets old around here, especially all the treasured songs. So, if you are seeing it for the hundredth time, or for the very first time, I’m sure you will love it.  http://movies.disney.com/snow-white-and-the-seven-dwarfs

Disney’s Snow White and the Seven Dwarfs is available for the First Time Ever on Digital HD and Disney Movies Anywhere (DMA) January 19th and on Blu-ray™ Combo Pack February 2nd. This will be marking the launch of The Walt Disney Signature Collection featuring In-Depth Brand New Bonus Material Including “In Walt’s Words: Snow White and the Seven Dwarfs,” “Iconography,” “@DisneyAnimation: Designing Disney’s First Princess,” “The Fairest Facts of Them All: 7 Facts You May Not Know About Snow White,” “Snow White in Seventy Seconds,” “Alternate Sequence: The Prince Meets Snow White” and Much More!

GIVEAWAY: We are thrilled to partner with Disney Pictures and be able to offer a Deluxe Digital Download code where you can watch the movie on your handheld devices or tv. We are watching the movie right now and loving every minute. Some lucky 3decades3kids readers will have a chance to win the Snow White movie. We will have multiple winners. Please enter on the rafflecopter below. Giveaway ends 11:59pm on Feb. 10th. Code comes in fancy little Disney packaging and will be send via mail. Winner will be alerted on Feb. 11th via email and have 24 hours to respond and claim prize before a new winner is chosen. 18+/USA only. Thank you for entering Disney fans! 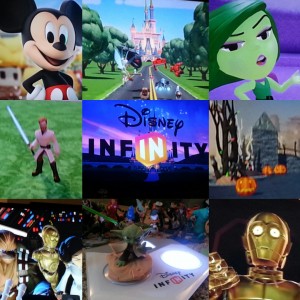 Our family has been waiting forever for Disney Infinity 3.0, okay well it feels like forever. All I can say is that we have been counting down the days until we could play that game in our own living room. We tried it out a couple of times along the way and loved it at first sight. Being a gaming family is already fun, but being a Disney gamer family is just a magical experience for everyone. When our Disney Infinity 3.0 box of awesome arrived our family just about hit the roof! 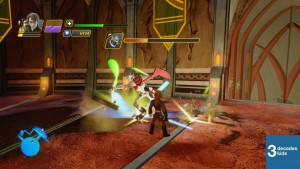 Disney Infinity 3.0 brings the complete Star Wars experience to your living room. The game offers players the opportunity to play as all of their favorite characters from the classic movies, along with television shows such as Star Wars: The Clone Wars, and Star Wars Rebels. Another amazing thing about Disney Infinity 3.0 is the Toy Box mode, where your imagination can run wild, and you can bring all of your Disney fantasies to life. My children loved getting the chance to have characters like Yoda and Mulan race around a track that they created in the Toy Box. There a re lots of things to do in this sandbox environment, like building racetracks, arenas, scenic landscapes, or recreating some of your favorite Disney attractions! On top of the Toy Box Mode,  Disney Infinity 3.0 also includes the outstanding Twilight of the Republic set, which takes place in the time period of Star Wars: The Clone Wars and the prequel trilogy. 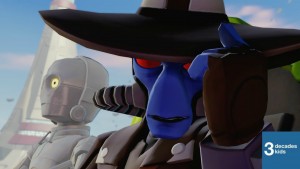 Star Wars: Twilight of the Republic is a great set that is perfect for all Star Wars fans. It features a cast of familiar faces, and some of the most threatening enemies in the galaxy. Throughout the campaign, you will encounter foes such as General Grievous, Cad Bane, and Darth Maul. In Disney Infinity 3.0, the combat system has also been reworked, giving the lightsaber combat a realistic, fast, and fun feel. The Twilight of the Republic set tells an interesting tale, and has a lot of different variations in gameplay throughout the campaign. In some levels, players will find themselves engaged in on-foot combat with Battle Droids and other enemies from the Star Wars universe, while in other levels players may be battling enemy ships in space. The Twilight of the Republic set is fantastic, and is the Clone Wars adventure many have waited for! 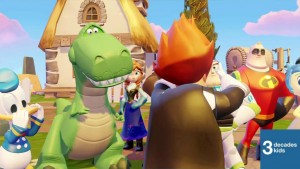 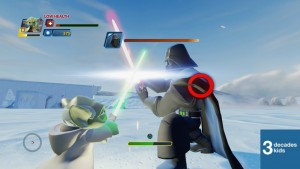 Disney Infinity 3.0 is an all-around incredible game for Disney and Star Wars fans! The Toy Box is a place players can become lost in for hours while creating their next Disney masterpiece, the  Twilight of the Republic set is superb, and the new  Toy Box Takeover is a great addition to the game. My children and I love everything about the title, and it has become one of our favorite games to play together! https://infinity.disney.com/
Disclosure: Diane Sullivan was provided with sample products in order to facilitate this review. All opinions are that of my own and honest. No compensation was provided for this post. This is part of our Gamer Family series. Contact me at Diane@3decades3kids.net and @3decades3kids everywhere else.