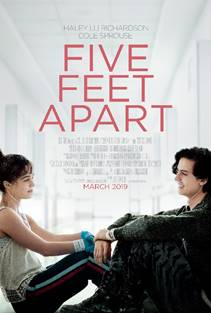 Please RSVP by clicking the link below. Arrive early since screenings are overbooked in order to ensure a full house.

Synopsis: Stella Grant is every bit a seventeen-year-old but unlike most teenagers, she spends much of her time living in a hospital as a cystic fibrosis patient.  Her life is full of routines and boundaries – all of which is put to the test when she meets an impossibly charming fellow CF patient named Will Newman (Cole Sprouse). Though restrictions dictate that they must maintain a safe distance between them, Stella gradually inspires Will to live life to the fullest, but can she ultimately save the person she loves when even a single touch is off limits? 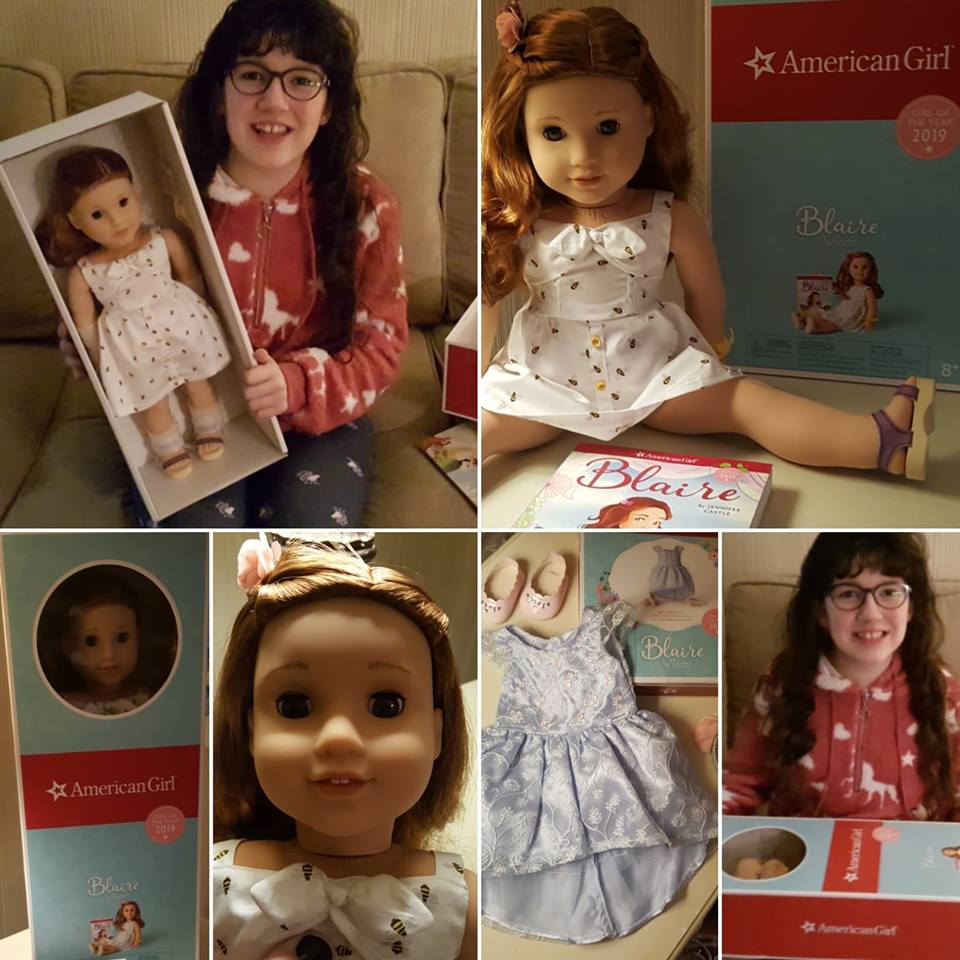 American Girl Brand has been a part of my life for a while now. I can remember the minute that I was pregnant with Emily and thinking of names. Two of our final names, Emily and Elizabeth were both American Girl dolls at the time. At my baby show I was given Emily’s first American Girl doll, Emily from her grandma. So my daughter had her first American Girl doll before she was even born. If you ask me, that sounds like a perfect plan if you are having a baby girl! As time went on Emily has made her own choices when it comes to the next addition to her collection. 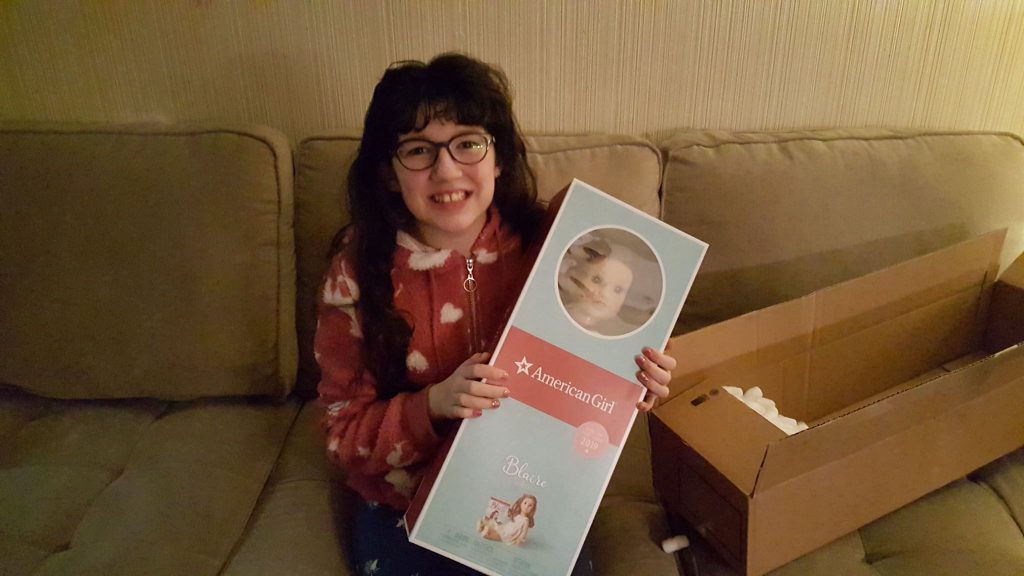 Somewhere along the way she has become a huge fan of the American Girl doll of the year! She has 2016, 2017,2018 and now 2019. Last year we were thrilled to welcome Luciana Vega who loves astronomy. She was a big hit around here because our family had taken a trip to NASA during the year. It has been great to have Luciana here to help deepen our love for the universe. 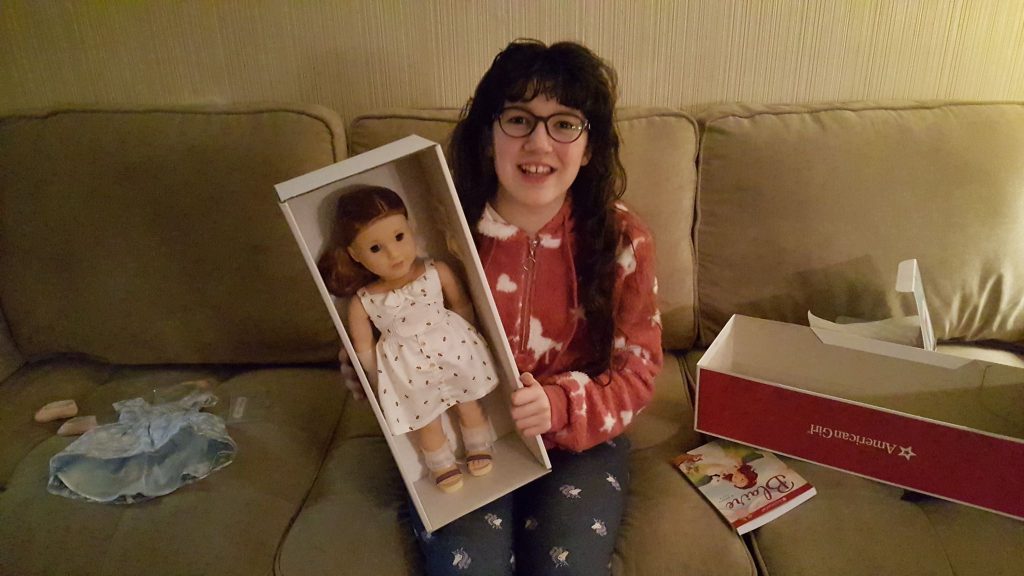 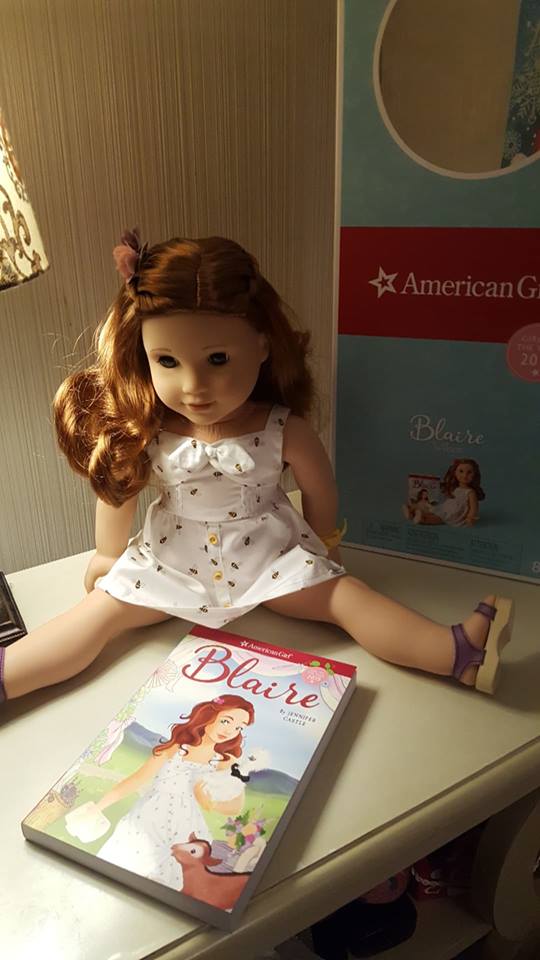 This year we also have a personal connection to Blaire Wilson. Blaire lives in the country at her parents bed and breakfast and is busy planning a wedding. Our house is also preparing for a wedding this year since Emm’s oldest brother will be getting married this fall. It was really be interesting to read Blaire’s book and see what happens during her wedding planning. Blaire’s hair is quite fancy and we were thrilled about that. It’s looks like a type of french braid and we both love it. I wish I could braid Emily’s hair that way. She of course thinks it would be a great springboard to make an appointment at the American Girl Store NYC. We have not yet visited the salon. 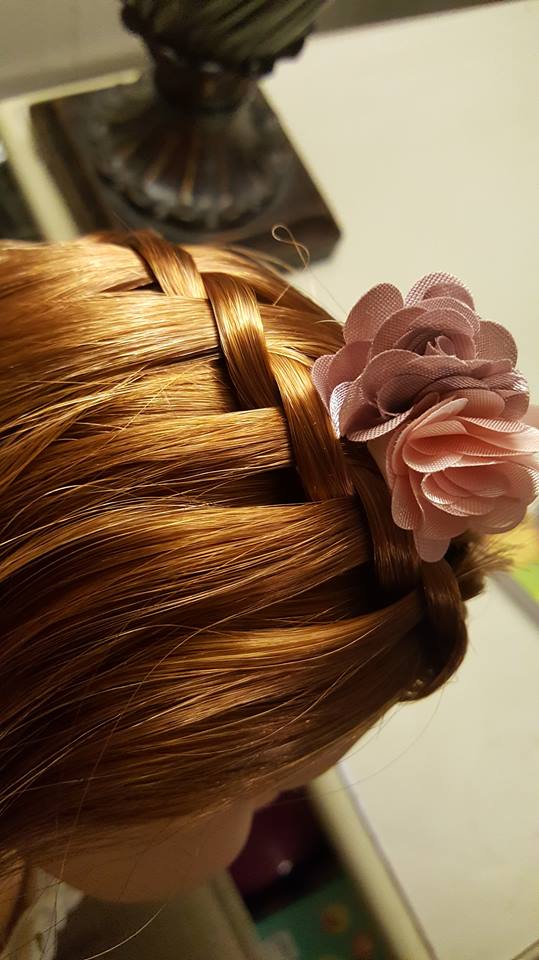 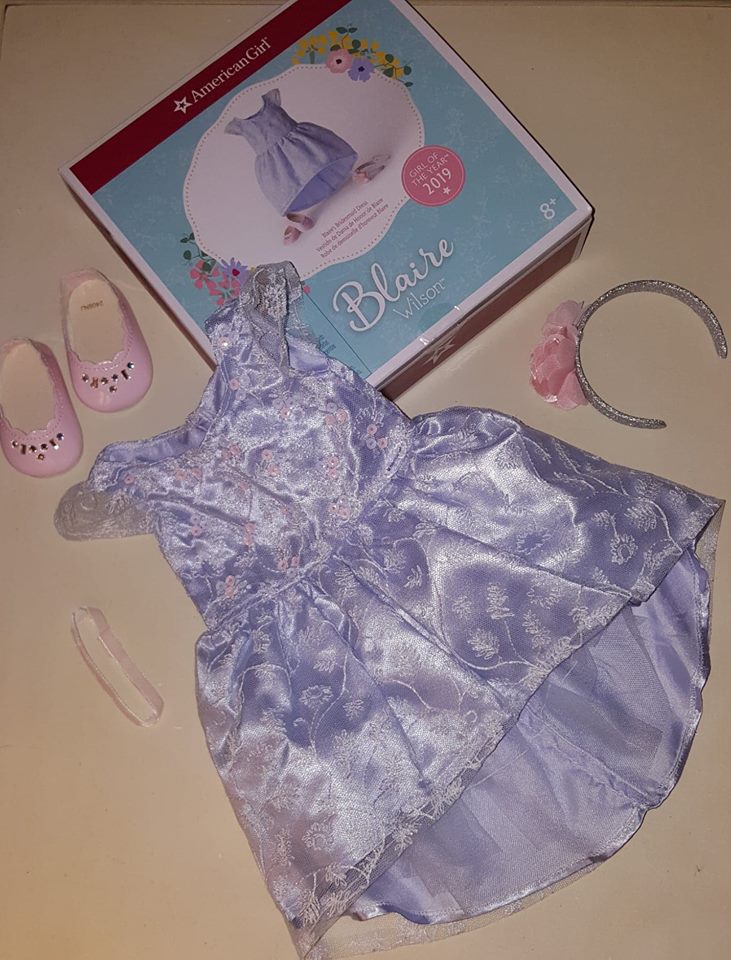 Blaire Wilson arrives boxed with her book and dressed in an adorable bee themed dress! It’s super cute. She also has a bright yellow wrist bracelet and sandals.  Along with Blaire we were gifted her bridesmaid dress. It’s light blue adorned with sequins and beautiful light pinkish shoes with gems. What a beautiful bridesmaid dress. Emily is hoping that hers is just as pretty! 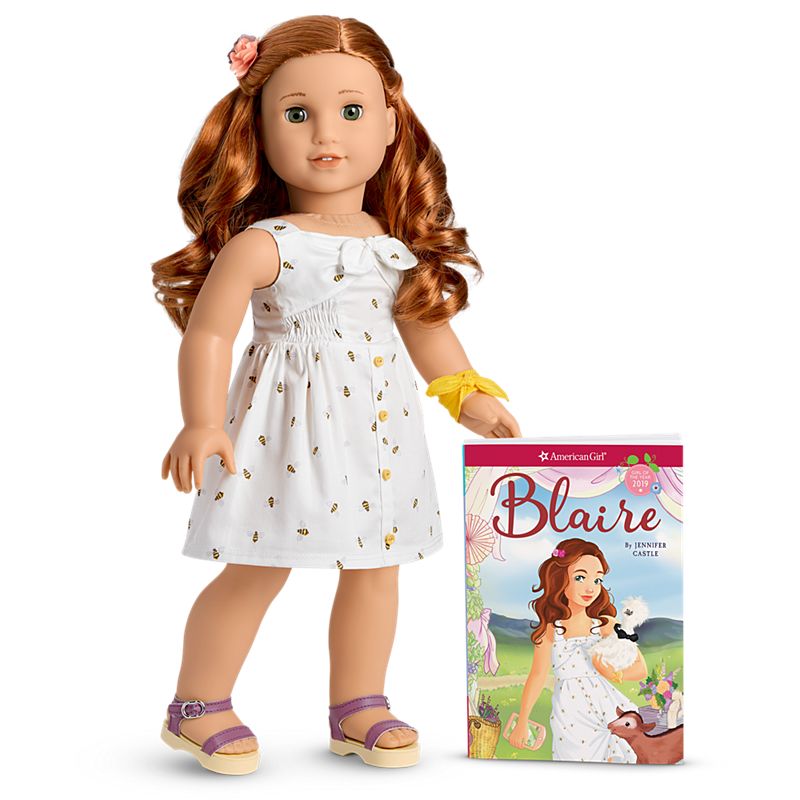 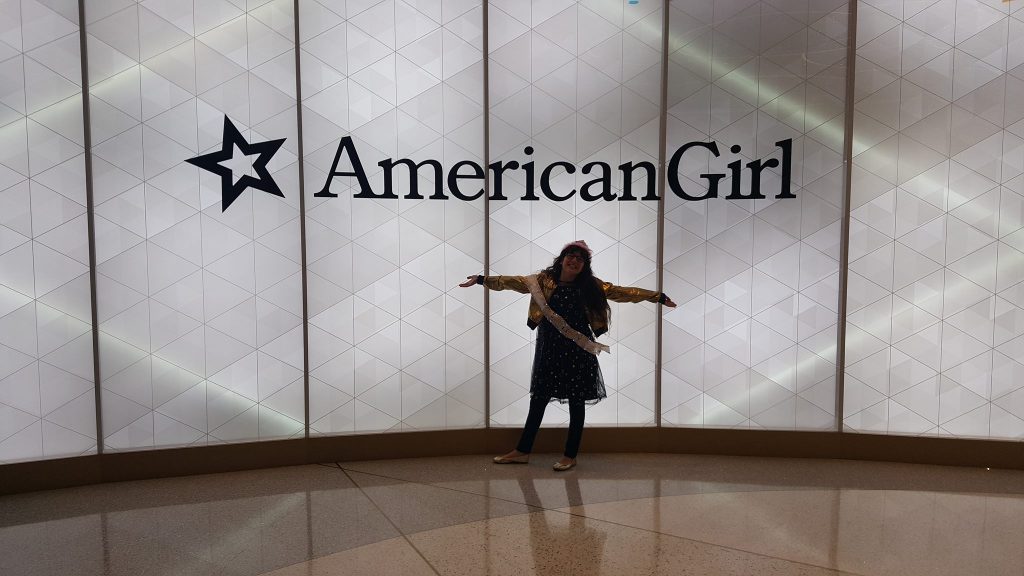 So welcome to the family, Blaire Wilson! I’m sure you will enjoy your stay with us for many years to come. As for anyone who is looking to begin their American Girl Doll collection, Blaire would be a perfect start. She is perfect for little girls as well as older ones. She stands for courage and knowledge and everything we want our girls to be! For more information on Blaire Wilson click here: https://www.americangirl.com/shop/ag/girl-of-the-year-blaire

GIVEAWAY: We are thrilled to partner with American Girl Brand to give one lucky reader their very own Blaire Wilson! Please enter on the rafflecopter below. Giveaway ends Feb. 16th at 11: 59pm. (USA/18+ only please) American Girl is responsible for prize delivery. 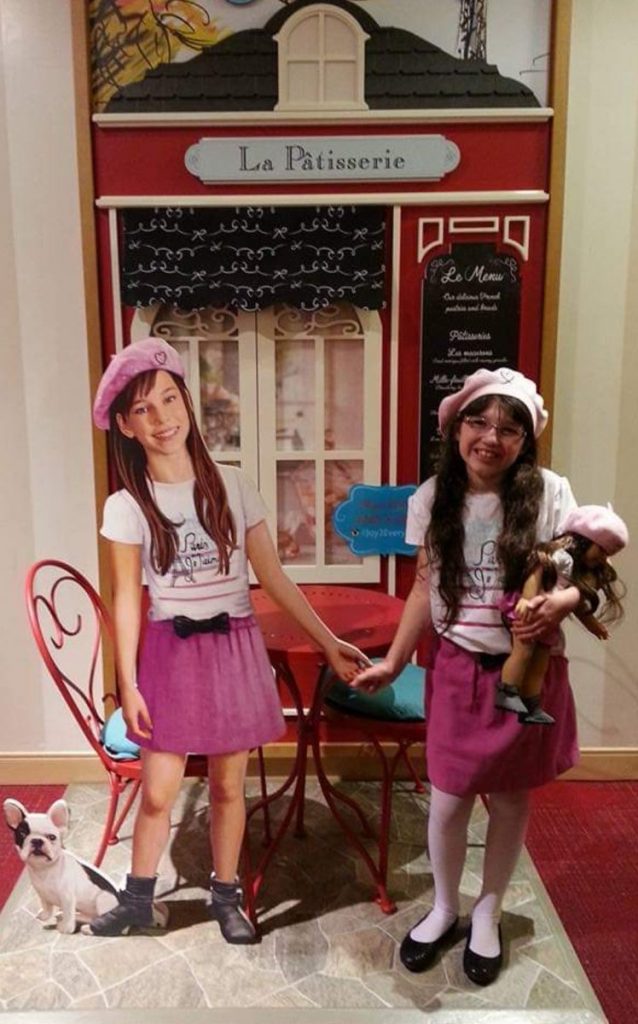 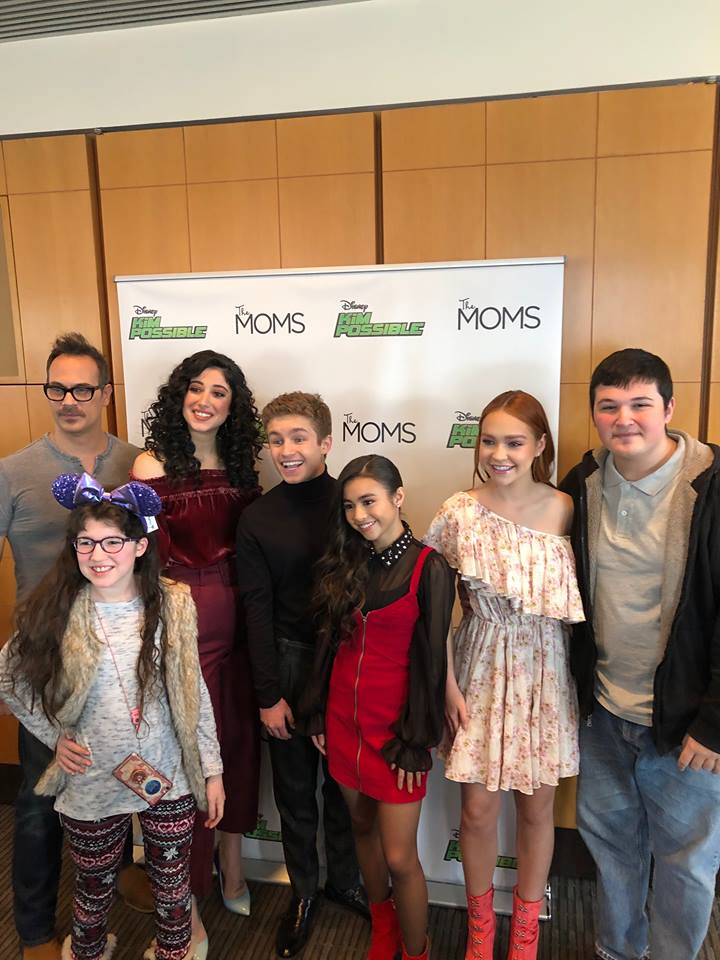 If there’s a new show on the Disney Channel our family is all about it! We have been long time fans of the previous Kim Possible so when we first heard there was going to be an updated 2019 movie it was pretty exciting news for us. Being a girl mom to Emm after having two sons can be pretty challenging and honestly I want to get as much girl power I can into her space. Nothing brings out the good in girls as the Disney Channel. They are constantly teaching tween girls about Girl power. We are obsessed with the Dream Big Princess campaign and try to live it on a daily basis around here. 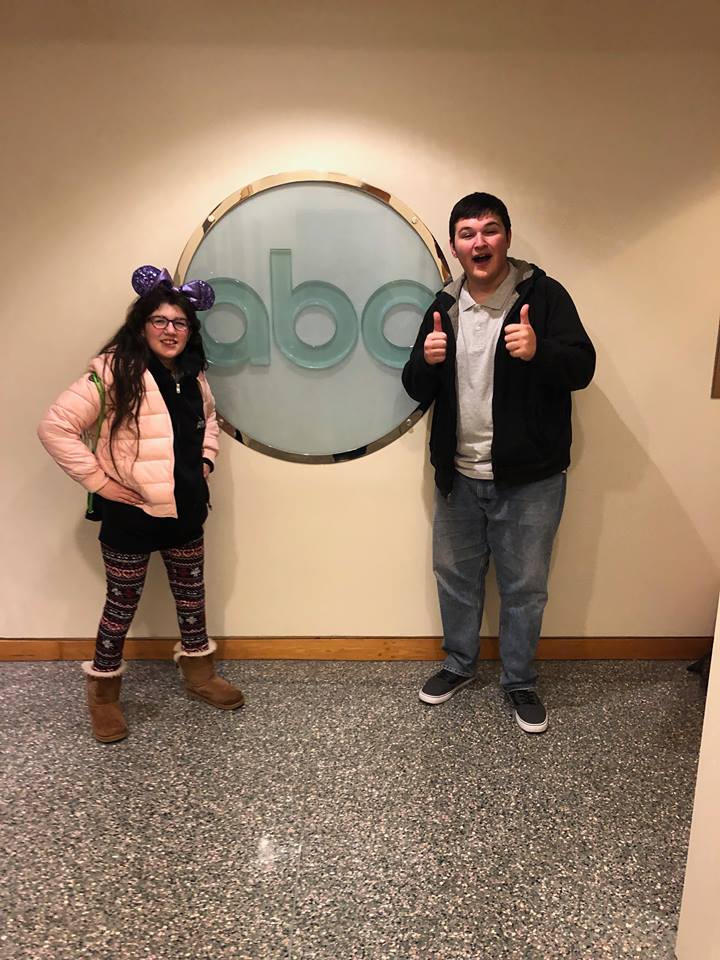 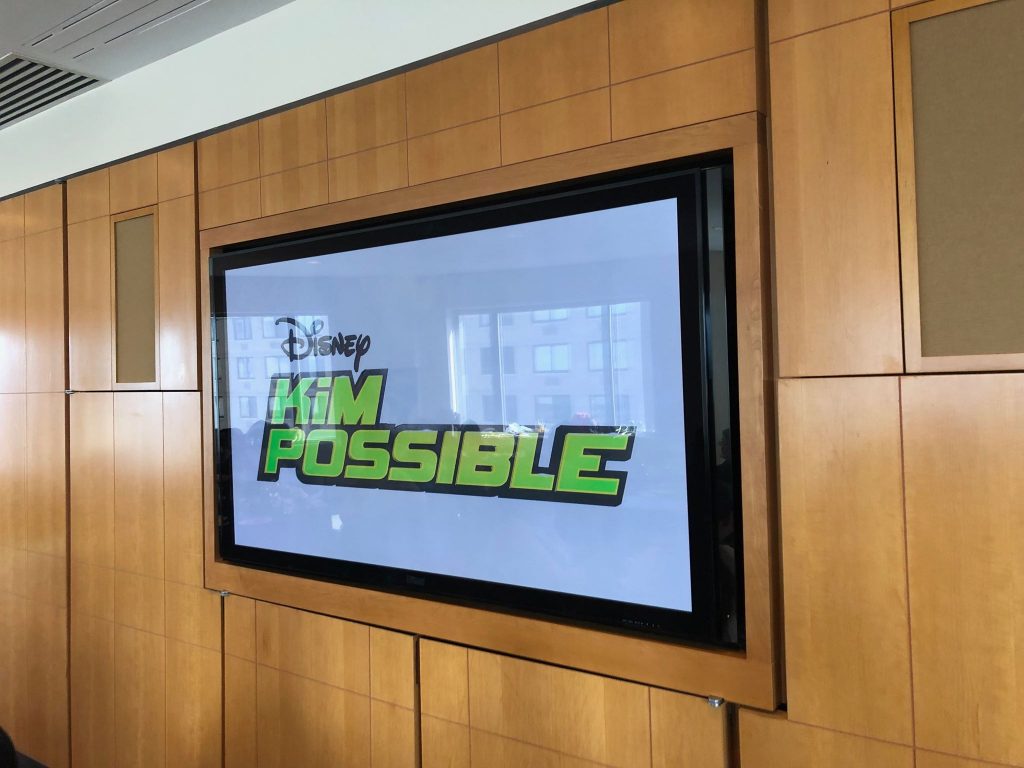 We were thrilled to be invited to join The Moms for a NYC advance screening of the movie, Kim Possible as well as a private lunch and time to meet and chat with the Disney Channel cast of the movie. Just going into the official ABC building is NYC is a dream come true. The walls are lined with Disney logo as well as Stormtropper helmets and Marvel signs. That in itself was a dream come true. The screening room was quite intimate so I felt honored to be a part of this small group of Mom Influencers who were invited to the event.  As for the movie, Kim Possible, it was amazing as expected! Without going into spoilers let me just say that Disney stayed true to the Kim Possible we all loved and filled the movie with fun and adventure! If you were a prior Kim Possible fan you will definitely enjoy this Disney Channel Original movie that is set to air on Feb. 15th at 8pm EST. https://disneynow.go.com/shows/kim-possible 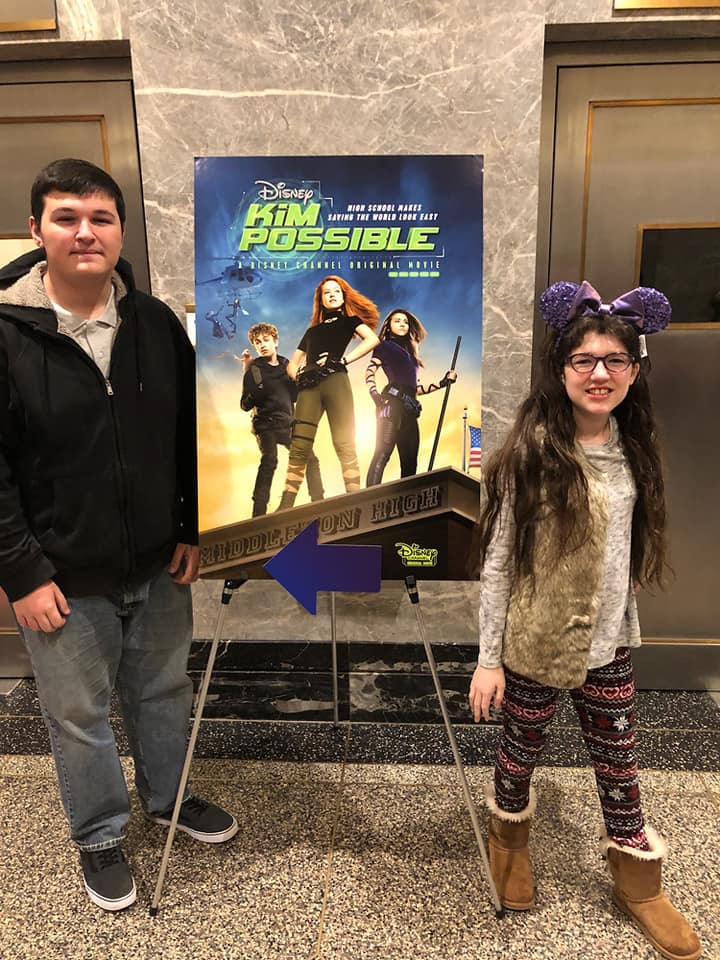 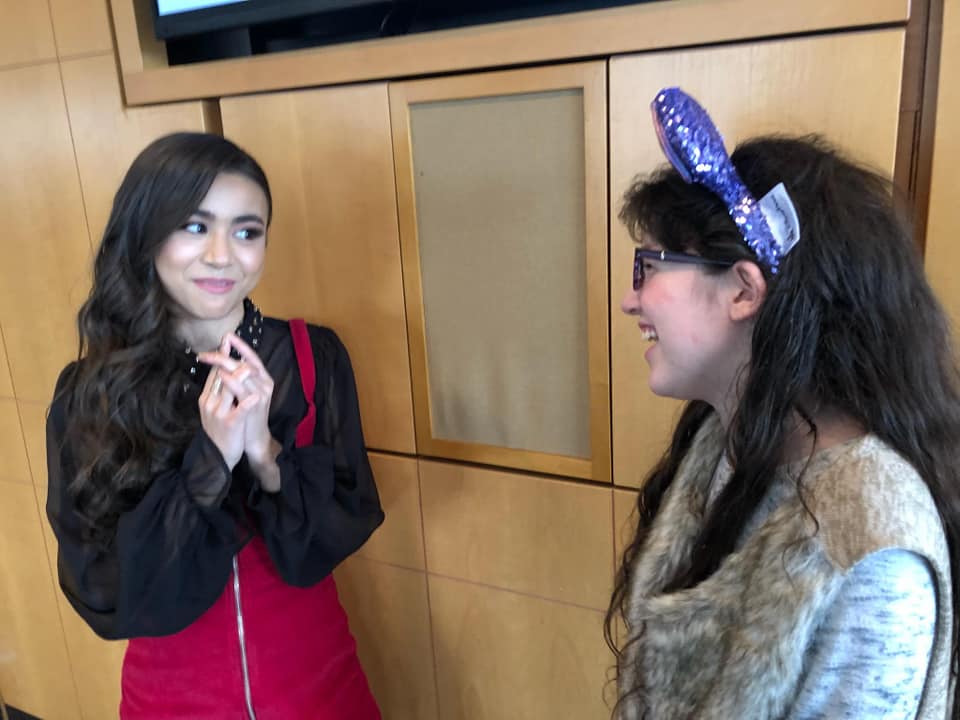 Kid Who Would Be King Press Junket- Now In Theaters 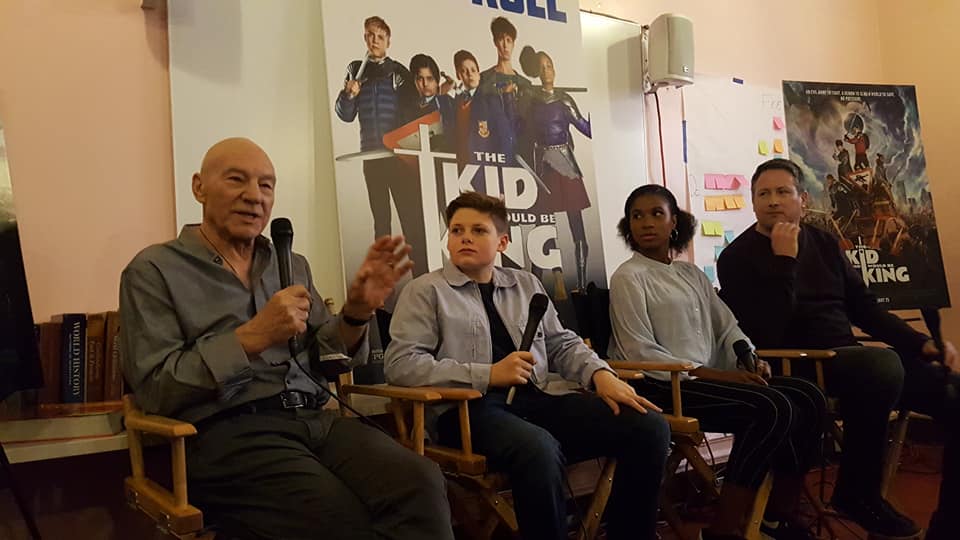 Can you imagine what it would be like to be the King just for one day? Now imagine being a kid who finds out he is the King! That sure some comes with a lot of adventure attached to it. Recently I was invited to The Kid Who Would Be King NYC Press Junket.  Honestly, I felt as if I had become King for the weekend with the fun and adventure our family had. Pre-movie we were treated to King sized shakes at Black Tap in NYC! What an incredible night of yum. The next morning it was time to see the movie. 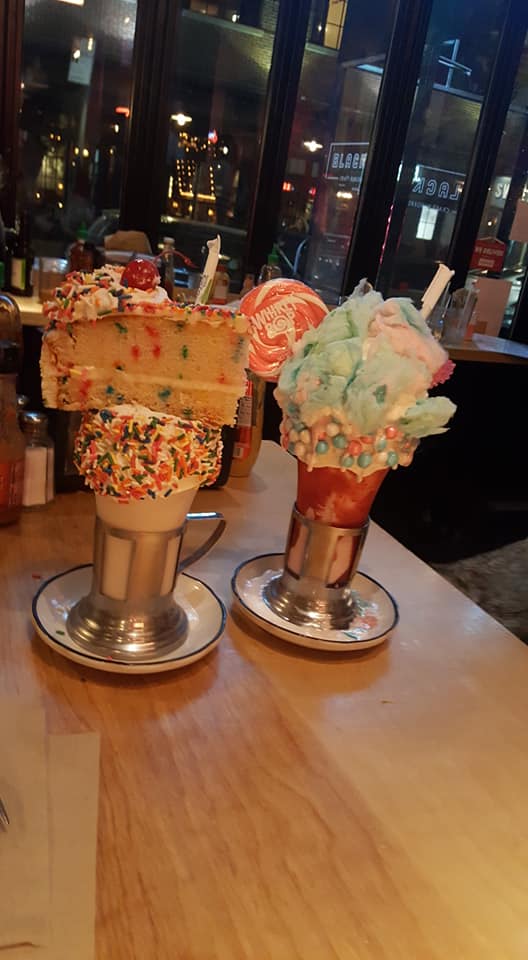 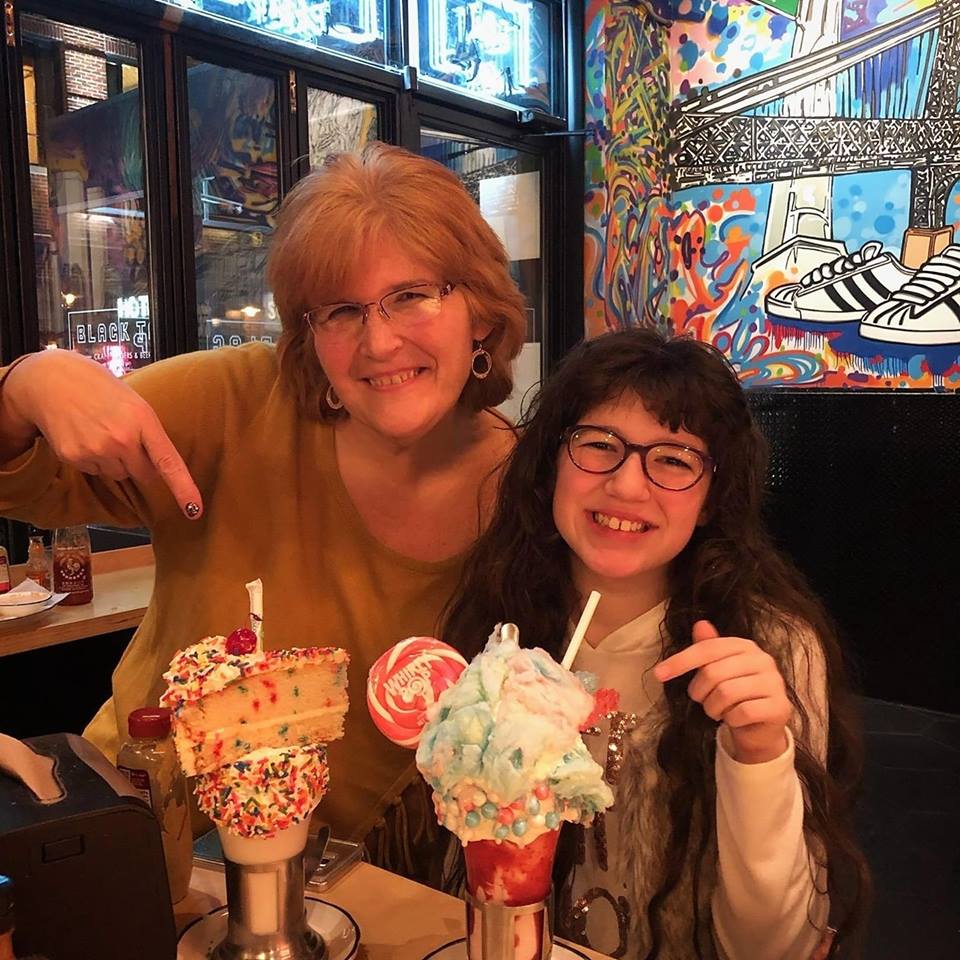 The Kid Who Would Be King is a fun adventure for the whole family that emphasizes the importance of friendship, leadership, and doing what’s right even in the face of adversity. When Alex (Louis Ashbourne Serkis) discovers Excalibur, the legendary sword in the stone, he and his friends embark on a journey to set things right in England. With the help of Merlin (Angus Imrie/Sir Patrick Stewart), they traverse the countryside and battle demon armies in an attempt to thwart the evil plans of King Arthur’s wicked sister Morgana (Rebecca Ferguson). Morgana seeks to corrupt England and take what she feels is her rightful place on the throne– will our band of young heroes have what it takes to stop her? Find out in The Kid Who Would Be King, in theaters now! 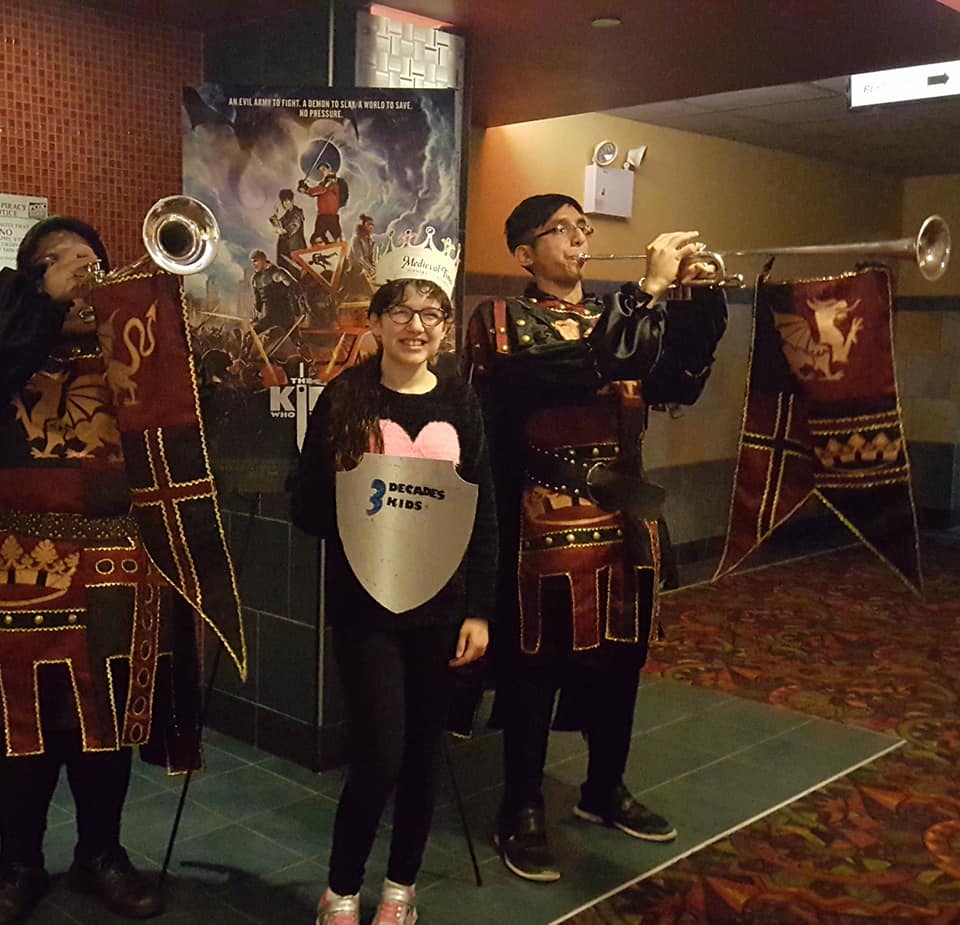 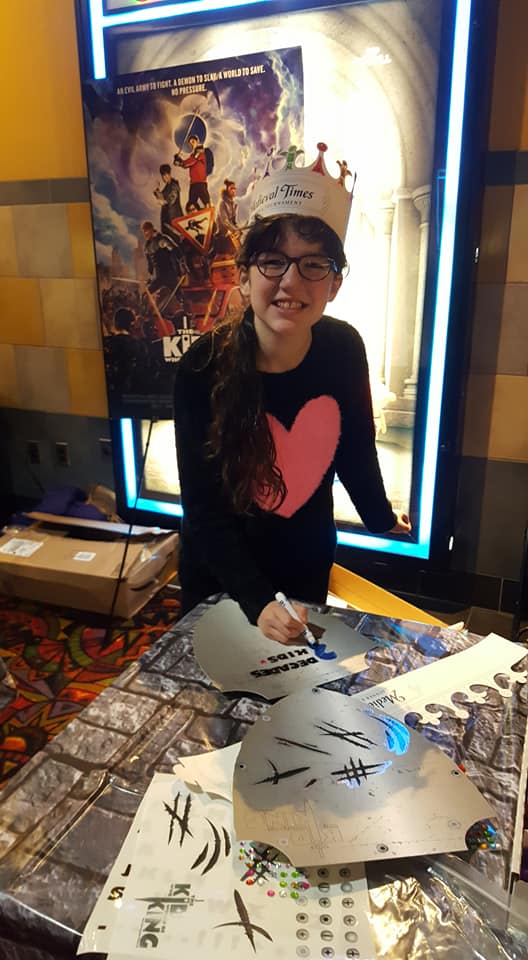 Whether young or old, everyone in our family loved The Kid Who Would Be King! Its roots in the legend of King Arthur (and an enthralling animated sequence narrating them at the beginning of the film) made this exciting twist on a classic tale captivating to all! With powerful messages about leadership, the future, and making sure to make the right choice even when it seems difficult, The Kid Who Would Be King will certainly be a conversation-starter in addition to simply being fun family entertainment. The film has it all– magic, humor, and plenty of heart– I’m sure that you and your family will enjoy it too! 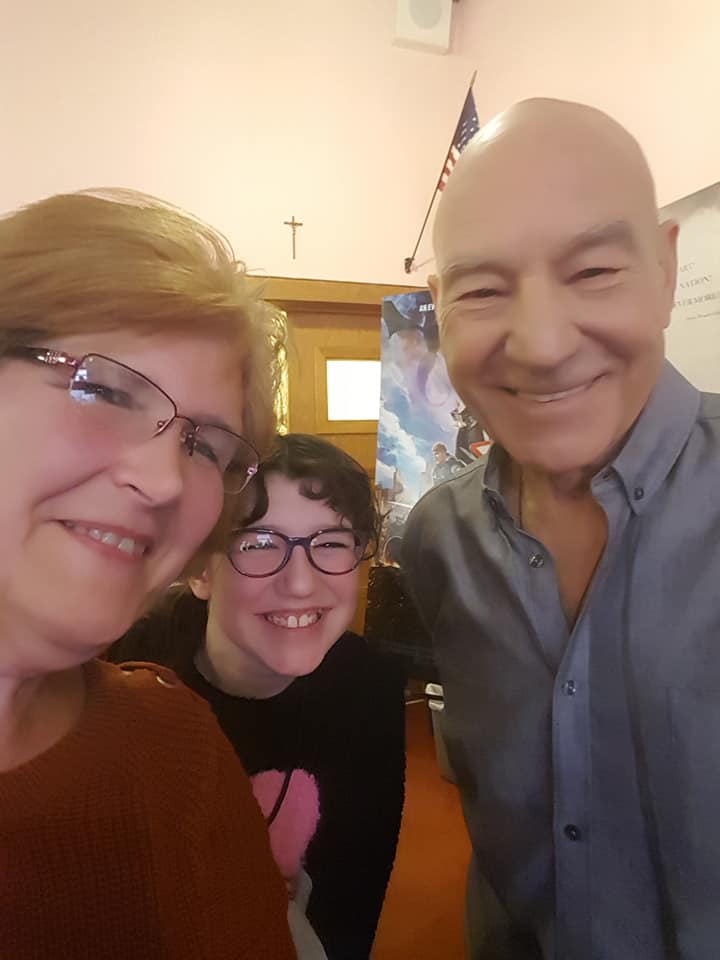 We we also treated to a great press conference with the cast of the movie including Patrick Stewart. Each and every one of the cast shared their ideas on the movie and what it was like to be part of this great film. Medieval Times was on hand to show the children how to use a sword as if they were king! To end this amazing weekend we headed to FAO Schawrz where the children tried their luck at pulling an actual sword from the stone! 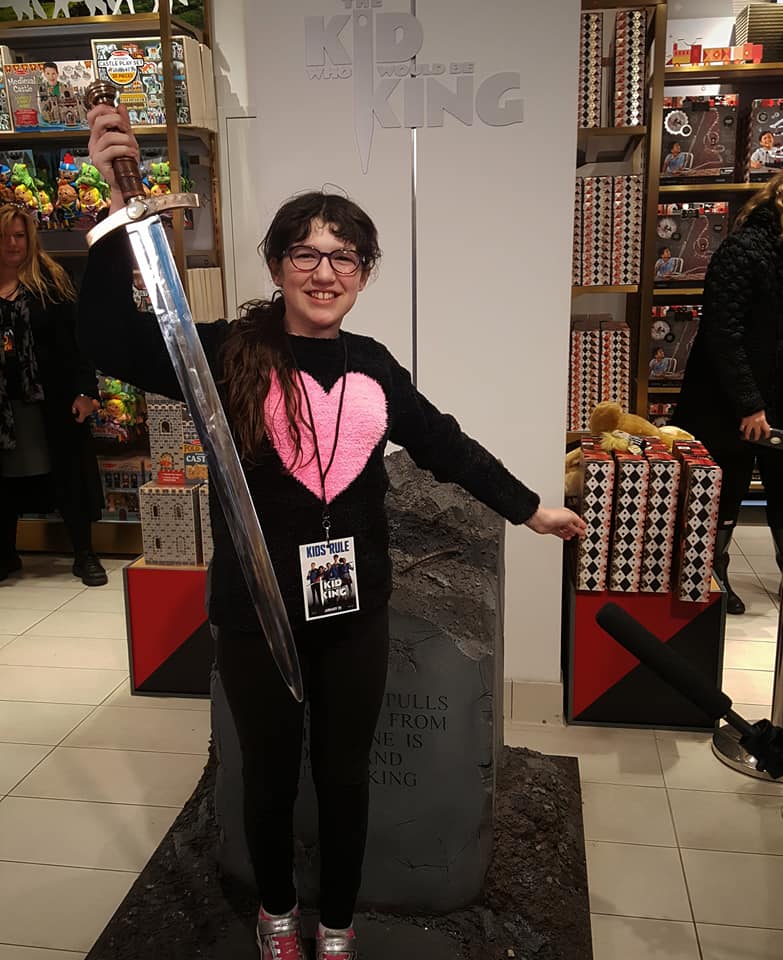 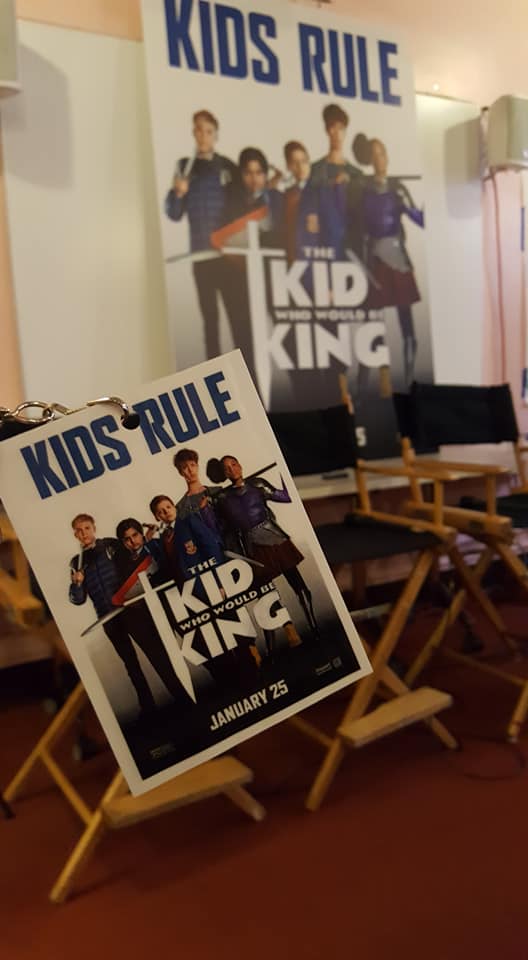 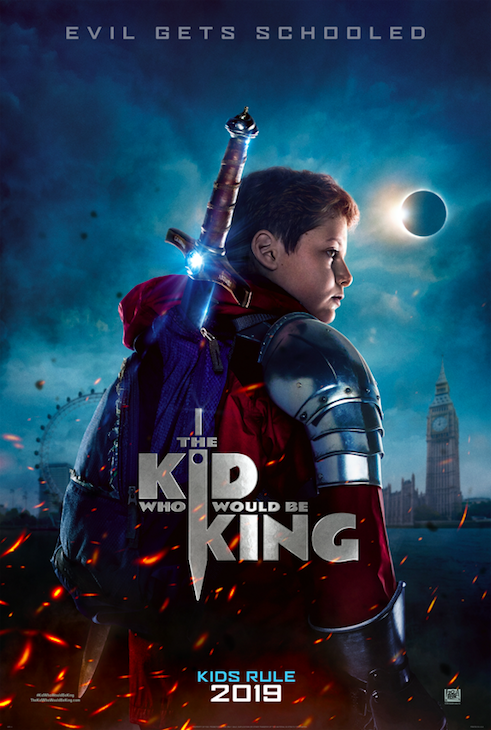 Old school magic meets the modern world in the epic adventure The Kid Who Would Be King. Alex (Ashbourne Serkis) thinks he’s just another nobody, until he stumbles upon the mythical Sword in the Stone, Excalibur. Now, he must unite his friends and enemies into a band of knights and, together with the legendary wizard Merlin (Stewart), take on the wicked enchantress Morgana (Ferguson). With the future at stake, Alex must become the great leader he never dreamed he could be.

Disclosure: All opinions are that of Diane Sullivan and do not reflect the views of the parent company represented. Media Press Junket invite extended. Contact Diane at Diane@3decades3kids.net or @3decades3kids across all social media networks. 3decades3kids.net