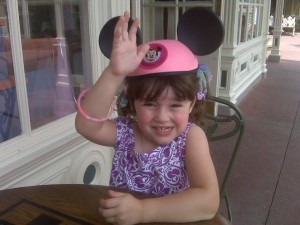 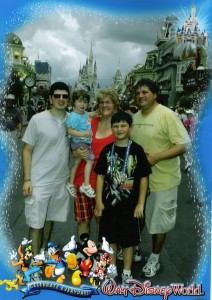 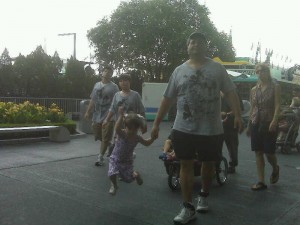 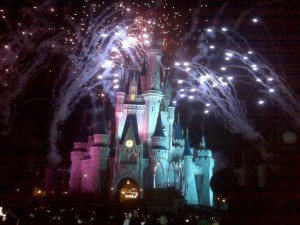 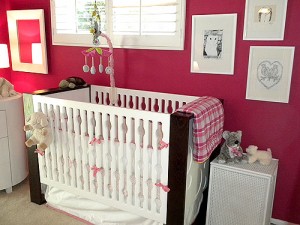 Yeah! My “Owlet Loving Family” Sketch is in Baby Simone’s Nursery!
By now everyone knows how much I adore the “Guncles”. I was very happy for them when they welcomed baby Simone into their loving family.
While I was on Twitter one night Scout tweeted about how they were going to hang up sketches of owls in the baby’s room. I could n0t help but respond to the tweet.
Immediately, I thought of a sketch of two daddy owls with a little owlet in the middle…all forming the shape of a heart! I was thrilled to see it come to life and to get it right into the mail.
I received a thank you in the mail right away from Scout, Bill and baby Simone. They are so sweet! I am so happy they like the sketch! I thank them for honoring me by hanging it in a special place in Simone’s room…a room overflowing with love! You never know…a matching tee may be on the way…xo
celebritybabies.people.com/2010/08/06/sneak-peek-the-guncles-show-off-simones-nursery/?cat=celeb-style 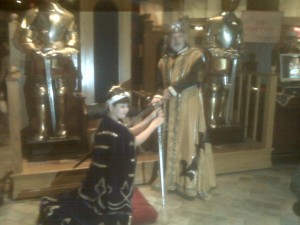 Yesterday was Adam’s 11th birthday and our family decided to go to Medieval Times in Lyndhurst, NJ to celebrate! I have not been there in over 15 years! It was a pleasant surprise that things were as great as the last time I visited! Before going on the trip I checked out the website. I noticed that the little girls wore costumes, so I brought along Emily’s princess costume and crown. I was glad I did, since there were quite a few children and adults dressed up for the occasion! We purchased the birthday package, so Adam was given a birthday crown.
Medieval Times is a dinner show. The guests are broken down into color teams that match their knight. Our knight was Yellow. He did not win, but we had fun cheering for him. Emily was thrilled because he threw he kissed a flower and then threw it to her! Cute. Adam’s name was announced for his birthday and he was part of a “birthday knighting” ceremony. He was also given cake with a candle in it, so we could sing to him. It was a fun day for everyone and a great birthday memory for Adam! 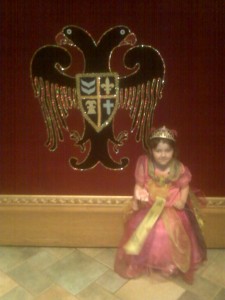 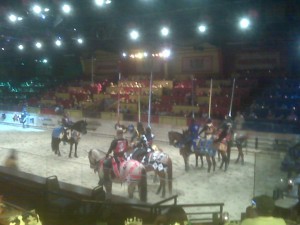