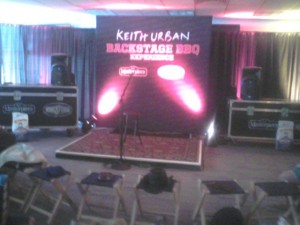 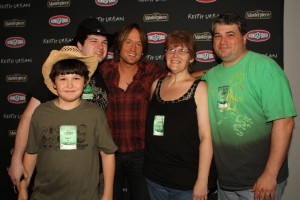 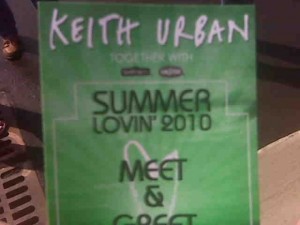 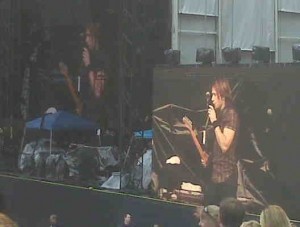 Illuscination, the circus, by Ringling Bros and Branum & Baily opened on The Boardwalk at the corner of 21st St. and Surf Ave. in Coney Island! We were there this past weekend for an evening show. It was super!

Our show tickets were for 6:3o, but we arrived an hour early for the pre-show. Wow! We have been

to the circus many times, but never on this scale. Since it is held in tents near the Boardwalk, EVERY seat is a good one! At the pre-show we were able to get very close to the elephant as she printed a picture of her foot that was later raffled off to a lucky winner. A few clowns were on the floor, some jugglers, and a place to try on circus clothes! We already had a great time and the circus did not even begin!

Of course the kids had to visit all the stands and get some cotton candy, a circus hat, circus peanu

ts, dippin dots, etc! Yeah, we definitely had enough snacks to go around. The circus began right on time with the elephants parading around and the clowns doing tricks. It was so much better with just one ring and so close. We could see everything. The circus would not have been complete without the tigers and lion tamer, the trained cats doing their tricks, white horses, and of course confetti and mild indoor fireworks. It was quite a show. Just like the circus you see at MSG, but scaled down and not extremely loud. They even had the motorcycle going up a tightrope! So much fun! I would love to go back and see this show again.

Maybe I just will, especially since we were given tickets on the way out for $8.oo tickets/ weekdays during June and July! Here’s the code in case you want to try out this boardwalk circus. You will not be disappointed, believe me!
http://www.ticketmaster.com/ or 18007453000 code: BROOKLYN
http://www.ringlingb/ros.com/ Fun for All Ages! ( I would know!)
Toy Story 3 at
The Ziegfeld, NYC 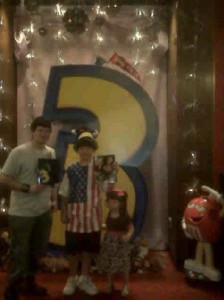 acters were friendly and not very rushed. Both of them walked around the theater twice and were willing to stop and greet whoever wanted to meet them! Just as they waved goodbye, the movie began.
Immediately, I loved the movie. The beginning action scene was great and pulled you right into the whole Toy Story mode! I don’t want to give the movie away, so I won’t go into details, but let me say that ALL of the family was entertained!
It was a little emotional for hubby and I, since our oldest was 4 when the original Toy Story movie was released. He also just completed his first year of college, so when you see the movie, you will understand why it was emotional to the two of us. None the less, it was overall enjoyable and I think GREAT for all ages. If you or your children like Buzz and Woody, you will love Toy Story 3! Enjoy, and if you have older children….bring your tissues!