Although Auto Gravity is relatively new in the world, it’s kind of a dream come true in my eyes. This soup to nuts way to buy a car makes it easier than ever. Auto Gravity is  an Irvine, California-based financial technology company that is the creator and operator of a vehicle financing and leasing mobile app of the same name. The company was co-founded in 2015 by Andy Hinrichs, who continues to serve as chief executive officer, and its app launched in 2016. The app offers users finance and leasing offers for new and used vehicles.

There are Four Steps once you get to the Auto Gravity site:

Step One: Choose Your Car 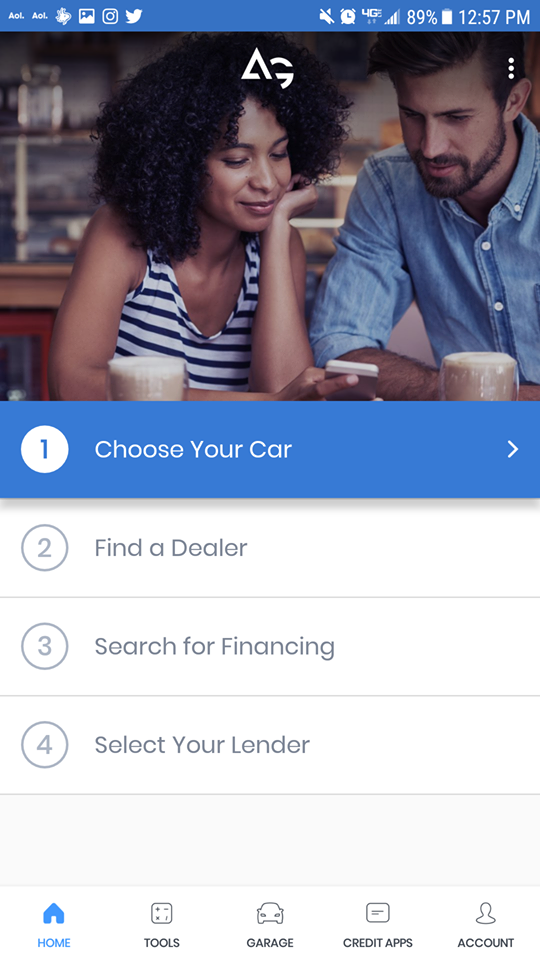 So there you go! Four easy steps and you can find the best financing around and the car that is just right for you. Auto Gravity’s app provides users finance and leasing offers for new and used vehicles, in a variety of brands and models from thousands of dealerships. The app is available on the Android and iOS mobile operating systems, and as a web application. It works with dealers and lenders, and earns revenue from them when users take out loans. A “white label” version of the app allows dealers to incorporate their own branding. The app has been credited for simplifying the financing process, saving users time, and having a higher sales conversion rate than direct sales. AutoGravity is available in all U.S. states, except Nevada, and has helped facilitate approximately $500 million in financing. 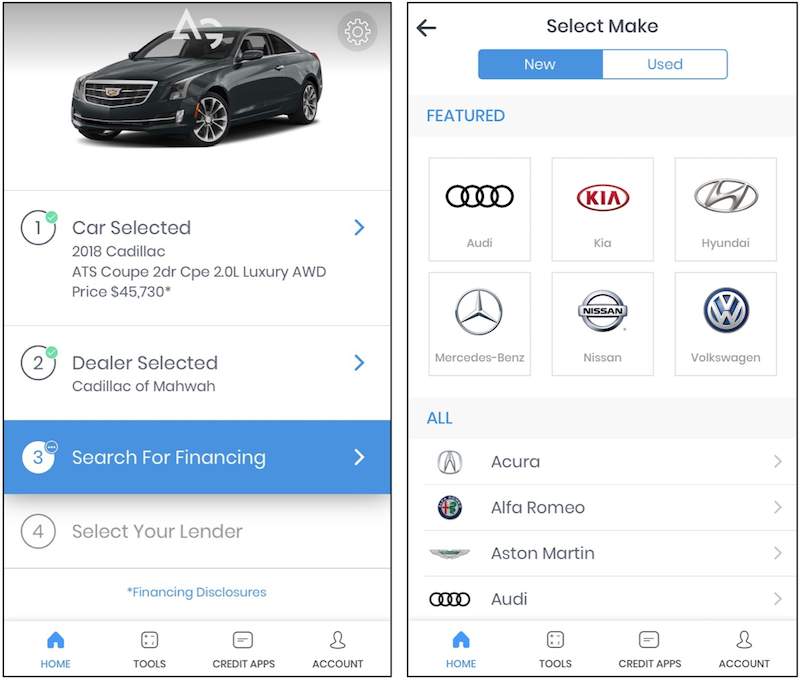 So as you may have already suspected, we LOVE CARS! Yes, we definitely love cars, and vans and trucks, we love them all. Our family is beyond excited about checking out the The New York International Auto Show that takes place at the Jacob K. Javits Center in NYC from Friday, March 30th through Sunday, April 8th. https://www.autoshowny.com/

Consumers visiting the Auto Show have the opportunity to win some fantastic prizes from A Girls Guide to Cars! They are giving away an Apple Watch, a Kate Spade Smart Watch, B&O Play headphones, an Amazon Echo, and Echo Dots. To enter to win, snap a photo with a participating auto brand – Toyota, Mazda, and Genesis – and post the pic on social media using the #NYIASGetSocial hashtag. Every photo with the hashtag qualifies as an entry to win! http://agirlsguidetocars.com/ 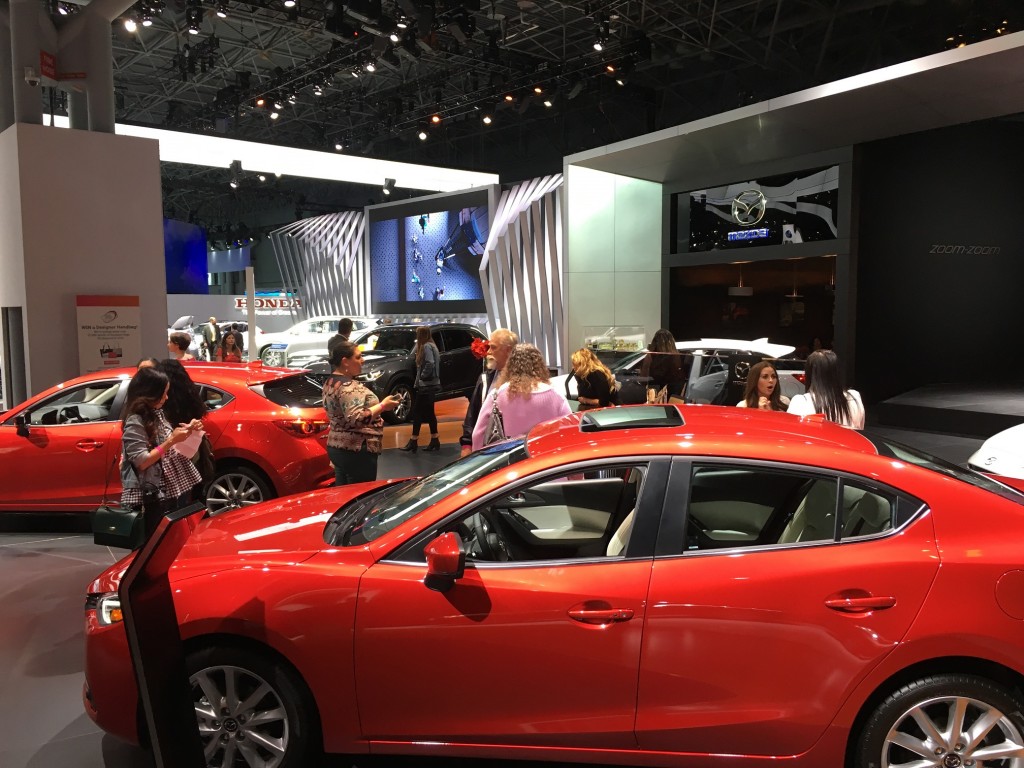 We are so excited for the auto show! Are you planning on going this year? Don’t let the kids stop you. It’s a great place for families and it’s also a great place to shop for cars with no pressure! Please remember that AutovGravity can make it easy to secure financing once you’ve found the car of your dreams. 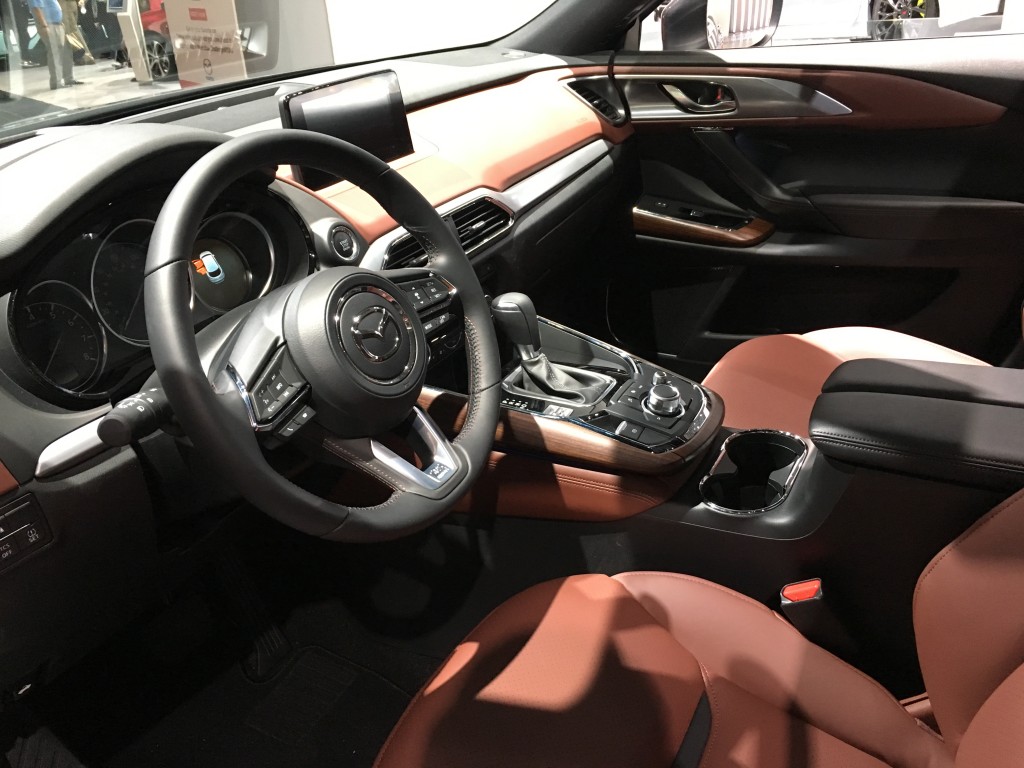 Disclosure: All opinions are true and do not reflect the views of the parent company represented. This post is sponsored by A Girls Guide to Cars. Contact me at 3decades3kids@gmail.com or @3decades3kids across all social media networks. See you at the NY International Car Show! 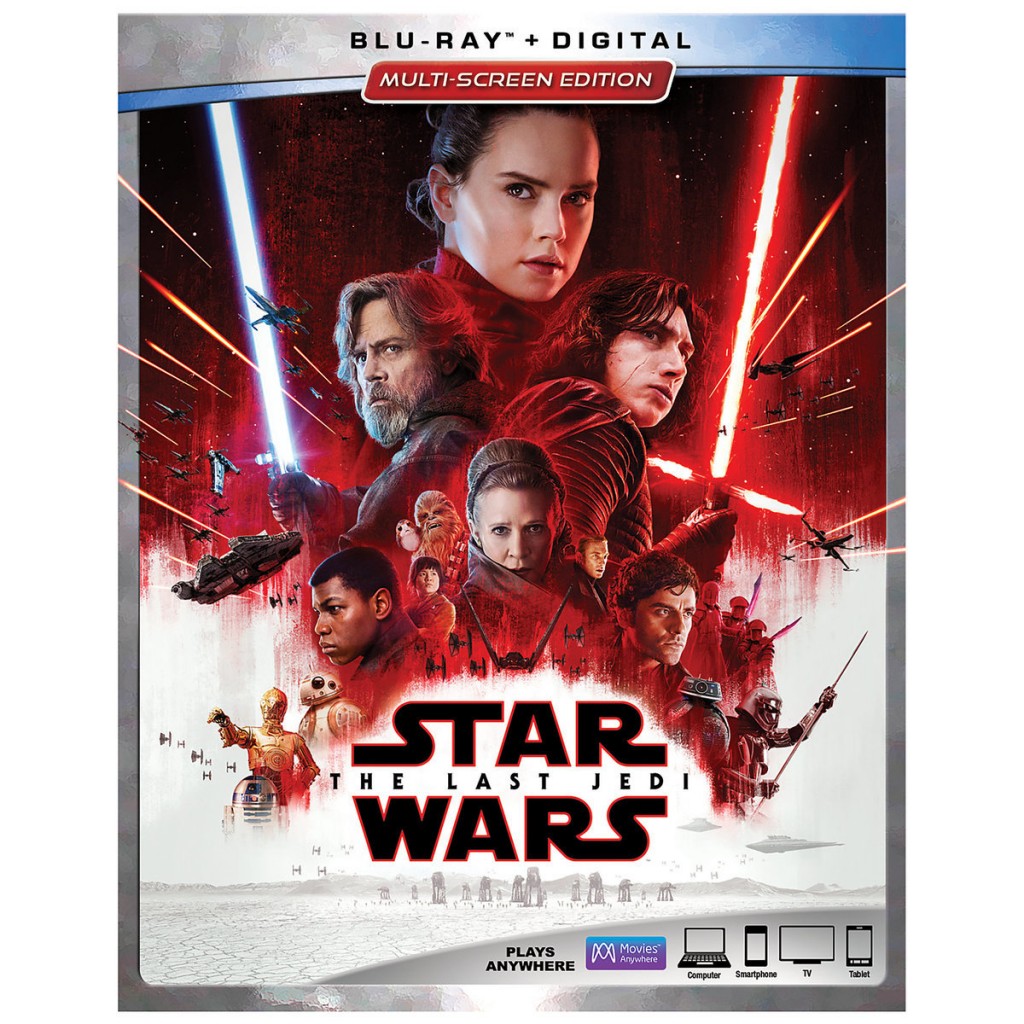 Our family is beyond excited that Star Wars: The Last Jedi is NOW available!! Have you seen it on the big screen? We did and cannot wait to see it over and over again! Now you can, too. You can grab a copy at your favorite retailer or try to win an HD Digital Copy here- We have FIVE up for grabs! Check it out at the bottom of this post. Lucasfilm’s Star Wars: The Last Jedi—the next action-packed chapter of the Star Wars saga— Earned critical acclaim and the No. 1 spot atop 2017’s list of highest-grossing films. The visually stunning film welcomes the return of original characters, including Luke Skywalker, Princess Leia, Chewbacca, Yoda, R2-D2 and C-3PO and further explores the deepening journey of the saga’s new members, Rey, Finn, Poe, and Kylo Ren. Now families can bring home the movie digitally in HD and 4K Ultra HD™ and via Movies Anywhere on March 13, two weeks before the 4K Ultra HD™ Blu-ray, and Blu-ray™ disc on March 27.  This release also marks Disney’s first title available on 4K Ultra HD Blu-ray disc in both Dolby Vision™ HDR and Dolby Atmos® immersive audio, delivering consumers a transformative viewing experience.

Director Rian Johnson takes fans on an intimate journey into the creation of Star Wars: The Last Jedi in a feature-length documentary, explaining his unique interpretation of the Force, detailing the painstaking process of creating Snoke, and deconstructing action-packed scenes from the film such as the epic space battle and the final confrontation. Johnson also reveals two exclusive scenes, featuring Andy Serkis as Snoke prior to his digital makeover, as well as 14 never-before-seen deleted scenes, in addition to his audio commentary.

·         The Director and the Jedi – Go deep behind the scenes with writer-director Rian Johnson on an intimate and personal journey through the production of the movie—and experience what it’s like to helm a global franchise and cultural phenomenon.

o   Lighting the Spark: Creating the Space Battle – Get a close-up look at the epic space battle, from the sounds that help propel the action, through the practical and visual effects, to the characters who bring it all to life.

o   Snoke and Mirrors – Motion capture and Star Wars collide as the filmmakers take us through the detailed process of creating the movie’s malevolent master villain.

o   Showdown on Crait – Break down everything that went into creating the stunning world seen in the movie’s final confrontation, including the interplay between real-word locations and visual effects, reimagining the walkers, designing the crystal foxes, and much more.

Star Wars: The Last Jedi is packaged several ways to ensure fans get the most out of their in-home viewing experience. The Multiscreen Edition (formerly the Blu-ray Combo Pack) includes Blu-ray, and a Digital copy, giving viewers the flexibility to watch the film on different devices. Those with 4K Ultra HD capability may opt for a 4K UHD Collector’s Edition, including 4K Ultra HD disc with Dolby Vision and Dolby Atmos, Blu-ray disc, and a digital copy (where available). Dolby Vision delivers greater brightness and contrast, as well as a fuller palette of rich colors. Dolby Atmos places and moves audio anywhere in the room, including overhead. Together on 4K Ultra HD Blu-ray disc, viewers will practically feel the Force in their own home.

ABOUT STAR WARS: THE LAST JEDI:

In Lucasfilm’s Star Wars: The Last Jedi, the Skywalker saga continues as the heroes of The Force Awakens join the galactic legends in an epic adventure that unlocks age-old mysteries of the Force and shocking revelations of the past.

Lucasfilm Ltd., a wholly-owned subsidiary of The Walt Disney Company, is a global leader in film, television and digital entertainment production. In addition to its motion-picture and television production, the company’s activities include visual effects and audio post-production, cutting-edge digital animation, interactive entertainment software, and the management of the global merchandising activities for its entertainment properties including the legendary STAR WARS and INDIANA JONES franchises. Lucasfilm Ltd. is headquartered in northern California.

ABOUT THE WALT DISNEY STUDIOS:

For over 90 years, The Walt Disney Studios has been the foundation on which The Walt Disney Company was built. Today, the Studio brings quality movies, music and stage plays to consumers throughout the world. Feature films are released under the following banners: Disney, including Walt Disney Animation Studios and Pixar Animation Studios; Disneynature; Marvel Studios; Lucasfilm; and Touchstone Pictures. The Disney Music Group encompasses the Walt Disney Records and Hollywood Records labels, as well as Disney Music Publishing. The Disney Theatrical Group produces and licenses live events, including Disney on Broadway, Disney On Ice and Disney Live!.

Disclosure: All opinions are true and do not reflect the views of the parent company represented. Contact me at 3decades3kids@gmail.com or @3decades3kids 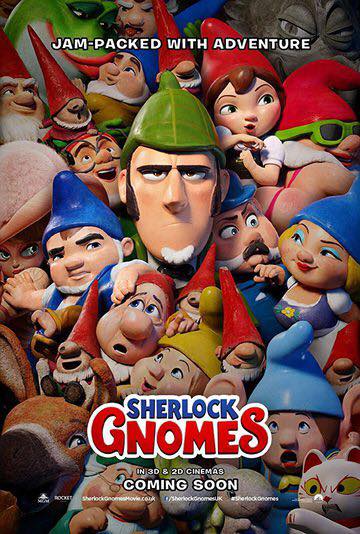 What are you doing TONIGHT? March 22, 2018? We hope you are free and can join us at the NYC Advanced Screening of Sherlock Gnomes! It’s going to be fun and you will not want to miss it! Bring the kids and your friends and get ready for a night of Sherlock Gnomes fun!

You are Invited to the NYC Advance Screening of Sherlock Gnomes (Here are all the details!)

(Have your pass ready to show at the door)

Just click on the following link and download or print your screening passes. Please remember to arrive early. Screenings are overbooked in order to ensure a full house. See you there!

What’s the movie about? When Gnomeo and Juliet first arrive in the city with their friends and family, their biggest concern is getting their new garden ready for spring. However, they soon discover that someone is kidnapping garden gnomes all over London. When Gnomeo and Juliet return home to find that everyone in their garden is missing there’s only one gnome to call Sherlock Gnomes! The famous detective and sworn protector of London’s garden gnomes arrives with his sidekick Watson to investigate the case. The mystery will lead our gnomes on a rollicking adventure where they will meet all new ornaments and explore an undiscovered side of the city. Check out more about the movie here: http://www.sherlockgnomes.com/#/gnome-in-the-home

Check out the awesome trailer below:

Disclosure: All opinions are honest and do not reflect the views of the parent company represented. Contact me at 3decades3kids@gmail.com and/or @3decades3kids across all social media platforms. 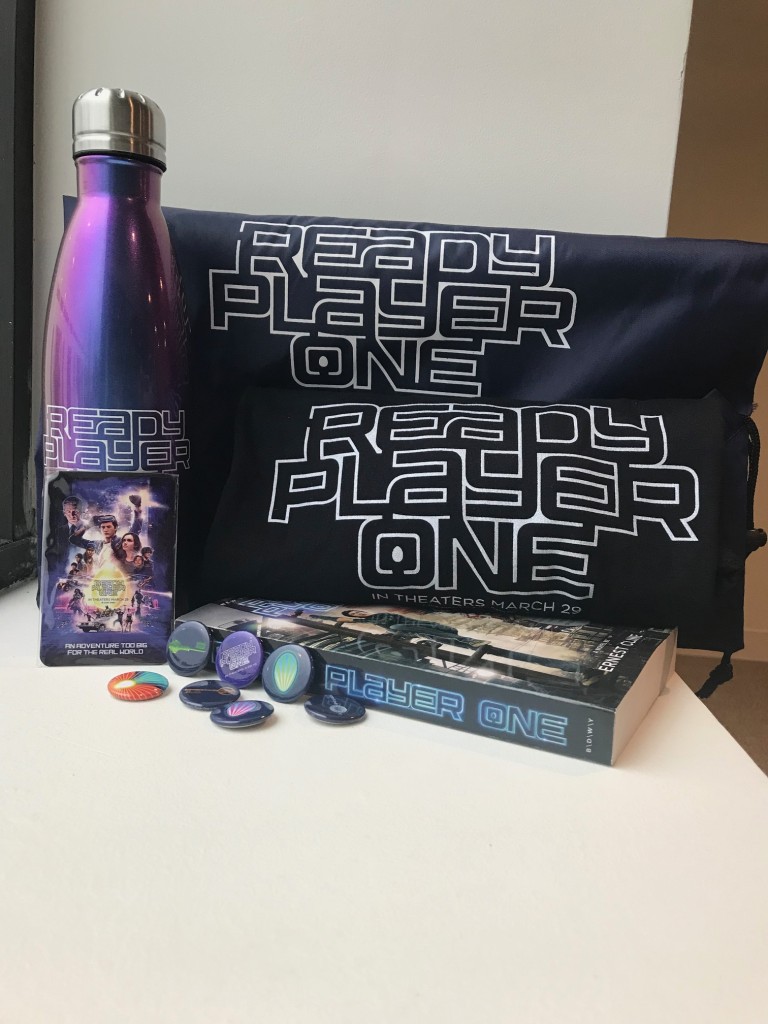 As you already know, we are a family of gamers. Hubby was a big gamer before we were married and he passed his love for gaming on to our three children. Of course along the way somewhere I became pretty much obsessed with gaming, as well. So, from the minute we heard about the Warner Bros new movie, Ready Player One, we have been following every move, word and video clip. From this gamer family’s point of view I have to say the movie looks incredible!

So, what’s the movie about? Ready Player One is directed by Steven Spielberg!!!  When the creator of a virtual reality world called the OASIS dies, he releases a video in which he challenges all OASIS users to find his Easter Egg, which will give the finder his fortune. YES!!! This sounds amazing!! I cannot wait to for Ready Player One!! Yes, completely ready! How about you?

GIVEAWAY ALERT: We have teamed up with Warner Bros Ready Player One movie to give one 3decades3kids reader a fabulous giveaway! All that is included in the prize pack is listed below. Who wants it??!! We have one prize pack up for grabs. Giveaway ends on March 29, 2018- Opening day of the movie! (18+/usa). Enter on the rafflecopter below. Good Luck!

Disclosure: Media invite/giveaway provided. Contact Diane at 3decades3kids@gmail.com or @3decades3kids across all social media platforms. All opinions are that of Diane and honest. They do not represent the views of the partner company represented.

I Feel Pretty NYC Advance Screening And We Have Tickets Just For You! 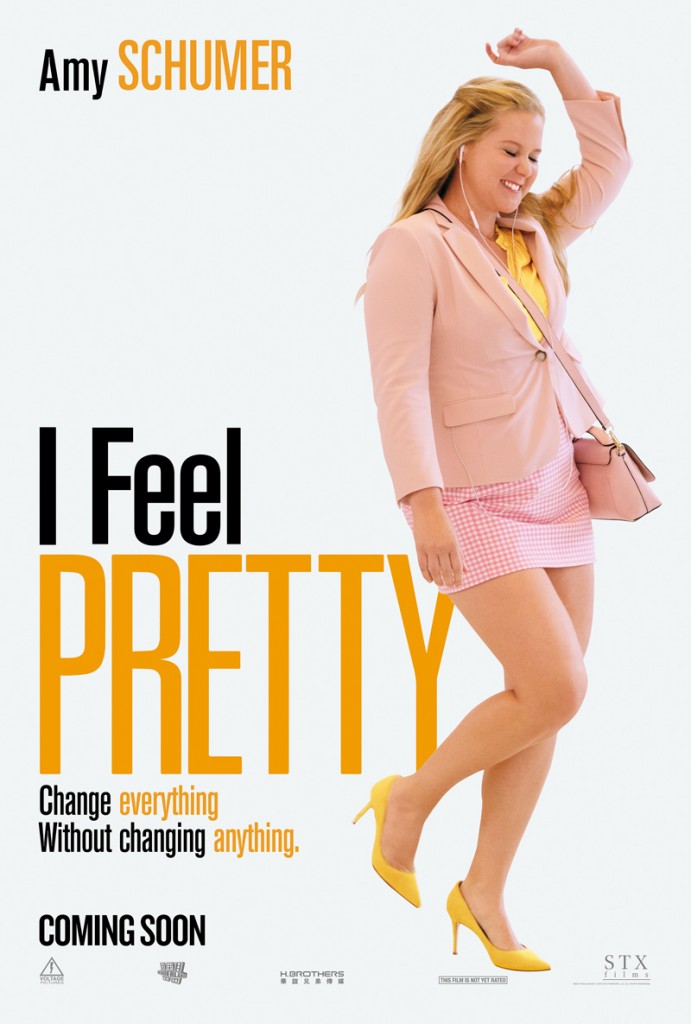 You are invited to the NYC Advance Screening of I Feel Pretty!

Click on the following link to claim your screening passes: http://stxtickets.com/IFEELPRETTY3decades3kids

Please arrive early to the screening. All screening are overbooked in order to ensure a full house.

What’s the movie about?

In I Feel Pretty an ordinary woman who struggles with feelings of insecurity and inadequacy on a daily basis wakes from a fall believing she is suddenly the most beautiful and capable woman on the planet. With this newfound confidence she is empowered to live her life fearlessly and flawlessly, but what will happen when she realizes her appearance never changed?

Disclosure: All opinions are honest and do not reflect the views of the parent company represented. Contact me at 3decades3kids@gmail.com and/or @3decades3kids across all social media platforms.