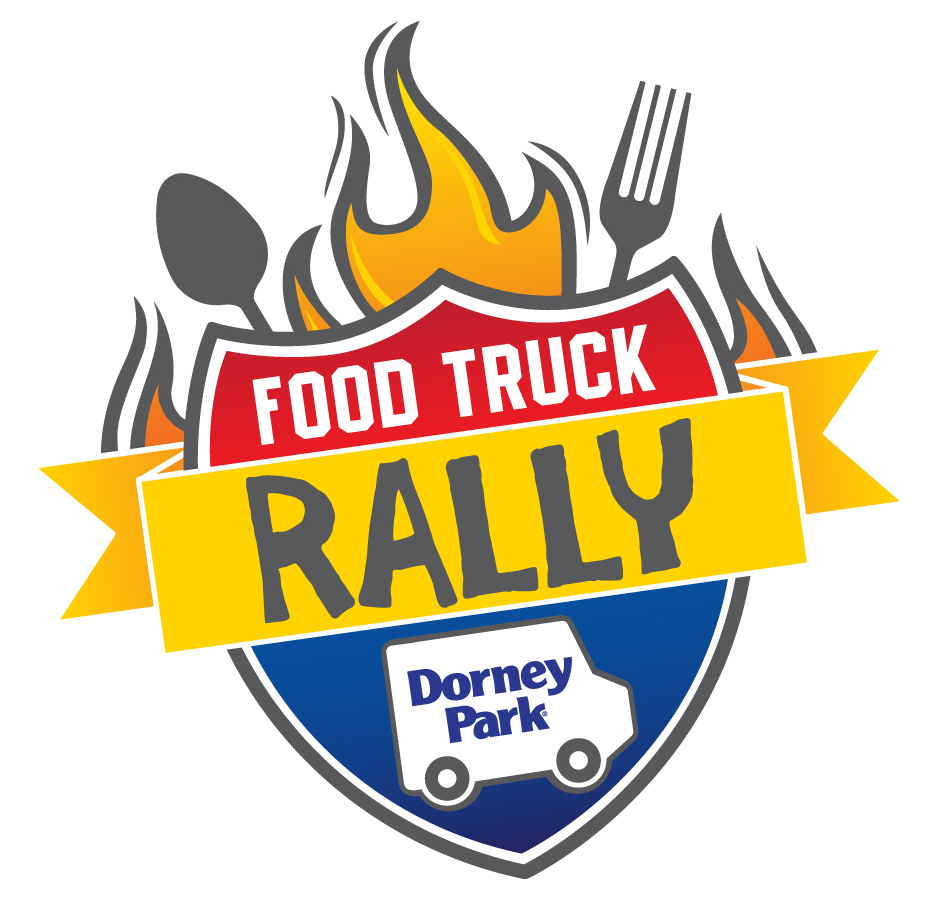 Get ready foodie fans! This August Dorney Park will be hosting the Food Truck Rally! As if that is not awesome enough guests will have the opportunity to meet Nick Elmi from Bravo’s Top Chef. Get ready for a Food Truck Rally rolling into Dorney Park from August 27th – 28th  with food trucks from across the region and all the thrills of the park, you get the kind of fun that’s only at Dorney Park & Wildwater Kingdom.

The Food Truck Rally will be held during park operating hours on the Main Midway.  Guests will be able to sample signature snacks and delicious treats from 10-15 different food trucks from the Lehigh Valley, Philadelphia and New Jersey.  For a list of participating vendors, please visit www.dorneypark.com.  Your admission to Dorney Park & Wildwater gives you access to this event!  Each truck will be offering a variety of specials and food will be available for purchase.

On Sunday, August 28th, guests will be able to meet Nick Elmi from Bravo’s Top Chef from 12 – 3PM. Chef Nicholas Elmi has worked at some of the top rated French restaurants on the east coast, including Guy Savoy (Paris), Le Bec Fin, Union Pacific, Oceana and Lutece. Nicholas has built a solid French repertoire that is constantly inundated with influences from his travels as well as his upbringing in New England. In the fall of 2013, Nicholas opened French/American restaurant, Laurel, at 1617 East Passyunk Avenue in Philadelphia — the city he has called home for 13 years — with a focus on sustainability and simplicity.

Guests can join the fun by purchasing their admission tickets online or at the park.  Save up to $10 off the front gate price by purchasing a 2016 Good Any Day Admission ticket online in advance of your visit at www.dorneypark.com. Dorney Park & Wildwater Kingdom is owned and operated by Cedar Fair Entertainment Company, a publicly traded partnership that is listed for trading on The New York Stock Exchange under the symbol “FUN.”  In addition to Dorney Park, Cedar Fair owns and operates  ten other amusement parks, three water parks, one indoor water park, and five hotels.  Cedar Fair also operates the Gilroy Gardens Family Theme Park in California under a management contract. Visit www.dorneypark.com or connect with us on Facebook, Twitter and Instagram.

Disclosure: Diane Sullivan/3decades3kids is a Dorney Park and Wildwater Kingdom Partner Blog. All opinions are that of Diane Sullivan and do not reflect the opinions of the parent site represented. No compensation was given for this post. This post is part of our #SweetSummer travel series. Contact me at Diane@3decades3kids.net and @3decades3kids across social media except for Snapchat: ThreeDecades.

Family movie night. Car-ride duets. Weekend dance fests. The best moments happen when the family comes together — and much of that happens over music and entertainment. It’s why 40% of families say they routinely watch all sorts of shows together. It’s also why you grow nostalgic for the music your parents loved and eventually want to pass it down to your kids as well.

With the new Netflix original series Beat Bugs, inspired by the music of the Beatles, your next family sing-along can be “Lucy in the Sky with Diamonds.” Thanks to five charming and energetic bug-like creatures (Jay, Kumi, Crick, Buzz and Walter), families have the opportunity to come together over kid-friendly storylines and the best damn music ever made — recorded by today’s top artists, including Jennifer Hudson, P!nk, Sia and Eddie Vedder.

We couldn’t get enough of “Beat Bugs” in our house– the fun and imaginative uses of classic songs had the whole family dancing and singing along! And that’s just the beginning of the awesome movies and TV shows premiering on Netflix this month. Read on to see some of our highlights from August’s additions to the Netflix catalog!

Dawn of the Croods: Season 2