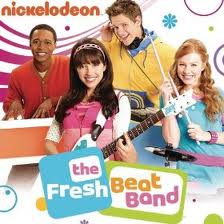 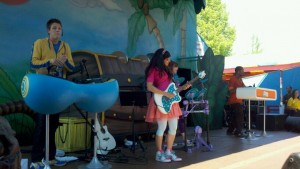 The Fresh Beat Band
is a preschool band that is hosted
by Nickelodeon’s Nick Jr. on TV.
They are not currently in concert,
so Sesame Place is one of the few places you can catch
FBB outside of your own television.
The Fresh Beat Band consists of four friends:
Kiki, Marina, Shout and Twist and their tales of Music School.
Each one plays an instrument as well as sings and dances! 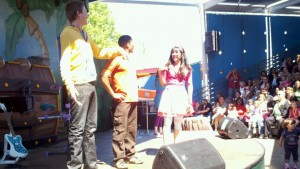 Their music is upbeat,
has easy lyrics and every song is one that you want to
sing, dance, and clap along with.
If you ever have the chance to see
Fresh Beat Band in concert, don’t miss it.
You will not be disappointed.
The concert at Sesame Place was super and
the members of
The Fresh Beat Band
could not have been any nicer to the children!
They shook hands, smiled, high fived,
and waved from the stage! The audience was super charged and by the sounds of the cheering and clapping I would have to say that everyone had a great time! I know my family did, for sure!
Thank you Fresh Beat Band and Sesame Place! 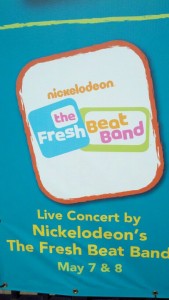