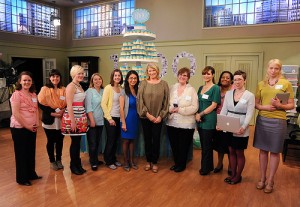 The Martha Stewart Show
1000th Show Celebration
About a month ago I was pleasantly surprised to get
an email inviting me to
Tweet LIVE from
Martha Stewart’s 1000th Show Celebration.
I would be one of ten ladies in the Twitter section for the show.
I could hardly wait for the big day to arrive. I spent the days leading up to the show making sure that I had just the right shoes, earrings, and outfit. I also had a serious guard on my DroidX making sure it was well rested and ready to tweet away at the show.
The 1000th show went live on April 20 – 10 am EST/ on the Hallmark Channel. 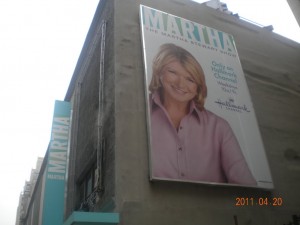 I had to arrive at the Chelsea Television Studios, 221 W. 26th Street, NYC by 8:30 am. The fun began right away chatting with other excited people who were waiting to check in for the show. Everyone was buzzing about the 1000th show! The Martha fans could not stop   talking  about favorite Martha moments speculate on what exactly would take place during the show. One thing was clear, everyone was as thrilled as I was to be there and to be part of the 1000th show.The check in went very smoothly and the pre-show area was extremely hospitable, offering a seat to everyone and some bottled water. The crew at the Martha Stewart Show could not have been any more polite. The show did not even begin and I was already having a great time!

The Twitter Audience was called up and given some great name tags, complete with their Twitter names and escorted into the studio. We were placed front and center for optimal viewing. Everyone was in awe of the 1000 photo collage and the unique set.  The rest of the studio filled up in no time and it was almost show time. Wow!

At 10 am The Martha Stewart Show 1000th Celebration began. The energy in the audience was electric as Martha entered the room. She even was greeted with a well deserved standing ovation! The tweeting began immediately and the first guest arrived. Seth Meyers from Saturday Night Live had the honor of topping off the 1000 cupcake tower from with a giant cupcake display from Billy’s Bakery NYC.
Martha was nice enough to share with the audience! The beauty of the cupcakes matched the taste without a doubt!.Seth Meyers kept us all entertained with his wit and even had a little gift for Martha. 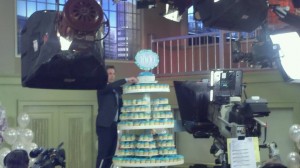 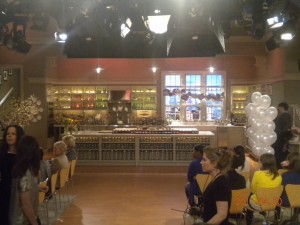 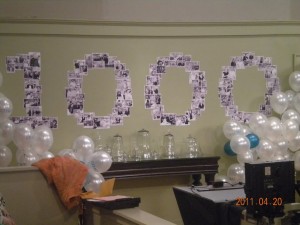 Other show highlights were a segment with Mario Batali, the chef with the most appearances on The Martha Stewart Show. Asparagus and ricotta ravioli never looked so good!

The 1000th Show Celebration was a trail of endless fun! Vitamix was represented and the audience roared with the announcement that everyone in the house would be going home with one, valued at almost $500. What a special day! The show was wonderful. The Twitter Section rocked and Martha Stewart was just darling.
Happy 1000th Show, Martha Stewart!
Here’s to 1000 more! 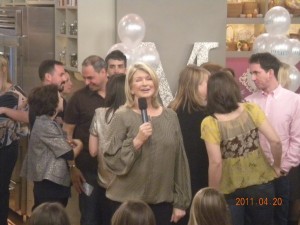 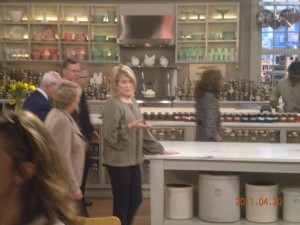