You Are Invited to Experience NBC Blindspot This Weekend in NYC

Recently fans of NBC’s Heroes Reborn were invited to an extra special interactive experience in Times Square NYC. Although my daughter is a little young for the show, she still had an amazing time partnering with me for the green screen experience that landed us on a giant billboard in Times Square. Just before we were treated to a 4D virtual reality interactive show where our super powers were revealed and then used to help out in an actual Heroes Reborn scene. Pure Awesomeness! My super power was fire power as shown above in the photo. 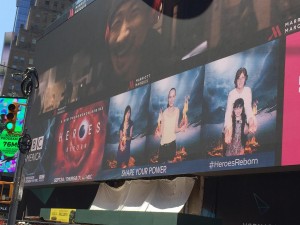 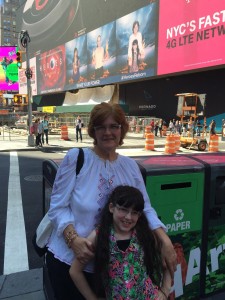 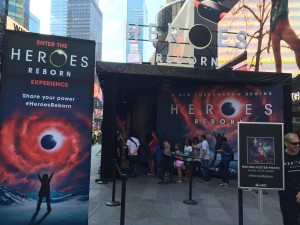 Now, here is some awesome news!! There is another great celebration going on this weekend in NYC! I’m sure by this time you have heard about NBC Blindspot. Personally, I just cannot wait for this one. If you don’t know about it here is a quick synopsis- A beautiful woman, with no memories of her past, is found naked in Times Square with her body fully covered in intricate tattoos. Her discovery sets off a vast and complex mystery that immediately ignites the attention of the FBI, which begins to follow the road map on her body into a larger conspiracy of crime, while bringing her closer to discovering the truth about her identity. I’m SO hooked!! http://www.nbc.com/blindspot

So, this weekend you are invited to be a part of the NBC Blindspot experience. Saturday and Sunday, Sept 18 & 19th you can feel what it is like to wake up in Times Square covered with tattoos. The Blindspot experience will green screen you into a tattooed body and then share your pic on the billboard. Get the cameras and phones ready. You are not going to want to miss a pic of yourself on the gigantic Times Square Blindspot billboard. You can catch the Premiere of NBC Blindspot on September 21- Mondays at 10 pm. 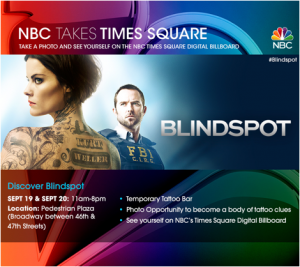 Experience: Pedestrians will have the chance to partake in a photo opportunity where their head will be placed on a fully tattooed body, similar to “Blindspot” character Jane Doe. These photos will be featured on the massive Times Square digital billboard, as well as be printed for each individual and shared socially. An on-site tattoo bar will give out temporary half-sleeve “Blindspot” tattoos as well. Finally, 10 fully tattooed Jane Doe look-alikes will be walking around Times Square handing out temporary tattoos to promote awareness for the series.

Disclosure: Diane Sullivan has partnered with NBC to bring you the news on the best Fall Lineup including Heroes Reborn and Blindspot. No compensation was given for this post. A media invite was extended to our family. Contact me at Diane@3decades3kids.net and @3decades3kids everywhere else. 3decades3kids.net 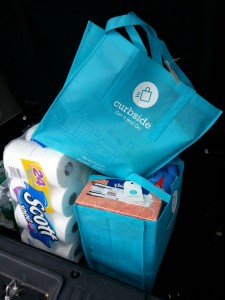 We have all been there. You need to run into Target for something but just do not have the time. It takes time to get there, park, walk around, browse, chase the kids around in the toy department- when you know exactly what you are going in to buy. Of course if you are me you walk around so much you have everything in the shopping cart except what you went to the store for in the first place.  If this sounds like you, I have discovered the perfect solution- Curbside App! 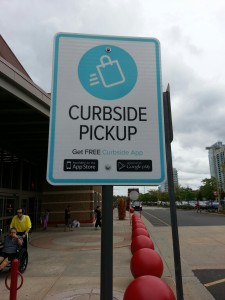 With Curbside, a new mobile app that allows shoppers to order from Target from their phone and swing by the store to pick up their order without having to get out of the car, those days are gone. Yep, their goods are waiting for them by the curb when they arrive (hence the name Curbside). The Curbside app is free, there’s no mark up in pricing and shoppers no longer have to battle the parking wars, the mob scene finding items on shelves and the never-ending checkout lines. It’ll make running errands and doing your upcoming holiday shopping about as easy as possible! 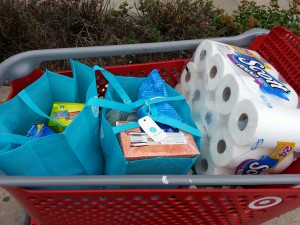 We tested out Curbside at Target this past weekend at the Target on 14th Street in Jersey City, NJ and I must say, I LOVED it! Our family was going to an event near target and usually afterwards we end up in Target for too long!! So I downloaded the Curbside Free App and gave it test run. SO easy! I needed to grab some paper products and school snacks and Curbside made it super easy. I simply checked them off on the app and paid for it. We received a text to tell us the order was ready for pick up- drove by and picked it up!!! It was that easy! There were plenty of signs directing us to Curbside Pickup. We arrived, gave our name, our bags were waiting and put into the trunk for us. Bravo Curbside App and Target! Cannot wait to use it again….and again… 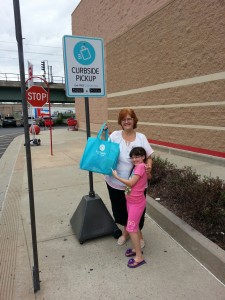 I’m also super excited to be able to share a great code with you! Just enter THREEKIDS into the promocode at the end and you can take TEN dollars off of your $20 or more order!!! Waaaahoooo!!! Enjoy!! I already know you will love Curbside App. Even if you don’t completely buy into it and want to go into Target, you can give it a try and take the TEN bucks off of your order. Happy Shopping!! 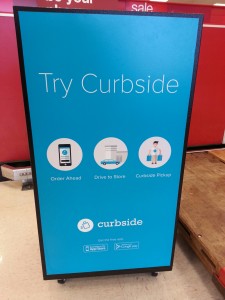 Disclosure: Diane Sullivan was given a credit to the Curbside App and Target in order to conduct this review. All opinions are that of my own and honest. Contact me at Diane@3decades3kids.net and @3decades3kids everywhere else. 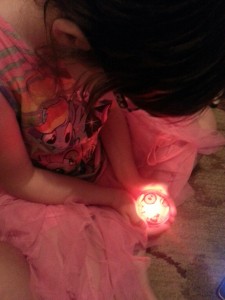 Just in time for some back to school fun, the new Sphero SPRK Edition brings learning and play together like no other robot can! The new model, called SPRK because it unites Schools, Parents, Robots, and Kids in a unique learning experience, features in-depth app integration and a distinct clear appearance to help kids learn robotics, coding, and STEM principles through the fun of play. My daughter is definitely interested in learning about everything and just about flipped when Sphero SPRK arrived! What a big surprise and a perfect companion to take Em to a higher level of thinking. She could not wait to get Sphero out of the box and start programming “her”. 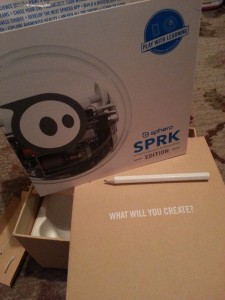 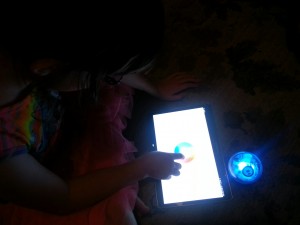 Sphero SPRK is a ball-shaped clear robot (so kids can get a close look at the inner workings of the machine) that operates in tandem with the free Sphero SPRK app. Easily connected by a touch of your phone or tablet, the robot takes commands in the form of programs that your kids can create using Sphero’s C-based coding language OVAL. Sample programs are included in the app so kids can get a feel for how to code their own programs, and the app also guides them from sending Sphero SPRK simple commands to chaining these commands together into more complex programs. 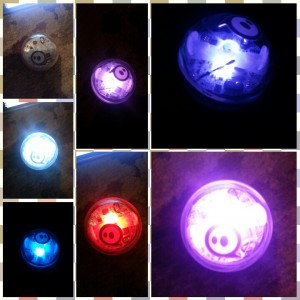 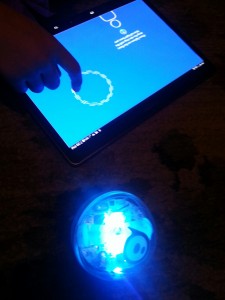 The Sphero SPRK app also includes a “Drive” option (a fun mode that allows Sphero to operate like a remote-controlled car for when kids want to take a break), access to a community twitter feed linking schools and families using Sphero SPRK (@SpheroEDU), and a look inside Sphero SPRK itself. The look inside is a particularly interesting feature– dovetailing with Sphero SPRK’s clear design, the app’s “Inside Sphero” tab virtually dissects the robot and labels each element that kids should keep an eye out for. From the bot’s Bluetooth Antenna (which wirelessly connects it to your tablet or phone) to its motors, charging coil, batteries, and more, every part of Sphero SPRK is clearly identified, and this interior map of Sphero SPRK adds an extra layer of connectivity between the app and the robot itself, as kids can use this feature as a guide to looking at the actual parts of their own Sphero SPRK. 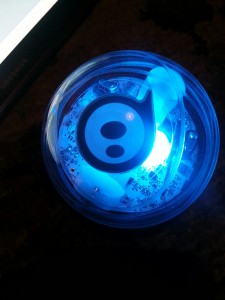 If your child is interested in computers, coding, robots, and more, Sphero SPRK is the perfect blend of toy and educational tool to set them on the road to programming prowess! The app combines visual blocks representing code and a text-based code viewer to provide assistance at many levels of understanding programming and code, offering your child a great foundation for learning more about programming (or strengthening the knowledge they may already have!) Its interface is welcoming and approachable for newcomers to programming, code, and robotics, but also sophisticated enough to entertain and challenge more seasoned programmers. 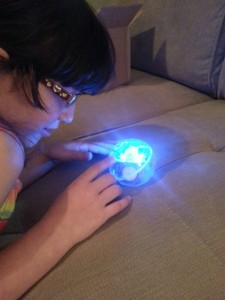 SPRK Edition Sphero is available at www.sphero.com and at select retail partners for $129. The  new SPRK app is free and is available for download in the App Store for iOS devices and Play  Store for Android phones and tablets.

Disclosure: Diane Sullivan is a  Orbotix Ambassador. This post is part of a sponsored campaign. I received compensation for my participation, but my review and opinions are my own. 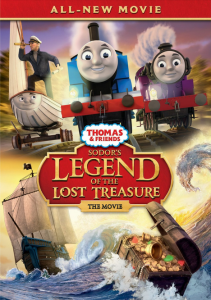 Shiver me timbers! Surprises await Thomas and his friends as they dig up their most daring adventure yet. Unearthing an old pirate ship, Thomas is on the hunt for Sodor’s lost treasure. When Thomas rocks the boat with some new friends, trouble soon rushes in. Will Thomas track down the treasure in time or will Sailor John set sail with it?  Join Thomas & Friends™ in this explosive movie adventure!http://thomasandfriendstickets.com/trailer

Giveaway: Some lucky 3decades3kids readers will win a copy of Thomas & Friends: Sodor’s Legend of The Lost Treasure  So excited for Thomas & Friends! The prize will be delivered through the mail/dvd. Giveaway ends on Thursday, September 17th at 11:59pm and notified Friday Sept. 18th. Winner has 48 hours to respond and claim prize. ( USA only). 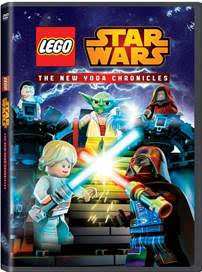 Your favorite Star Wars heroes are back with four complete episodes (plus a bonus alternate ending!) that unleash the lighter side of the Force. After headstrong Luke nearly delivers the good guys into Palpatine’s clutches, Master Yoda and the ghost of Obi-Wan Kenobi unearth the Holocrons – last remnants of the secrets of the Jedi – to further Luke’s training. But Darth Vader also seeks the Holocrons, and he’ll stop at nothing to get to them first! Meanwhile, courageous superclone Jek-14, a Force-sensitive clone, comes out of retirement to help bolster the Rebels.  Share all the action-packed thrills of these interlocking, intergalactic adventures in LEGO® STAR WARS: The New Yoda Chronicles!

Giveaway: Two 3decades3kids readers will win a copy of Star Wars: The New Yoda Chronicles!!! So excited for two Star Wars fans! The prize will be delivered through the mail/dvd. Giveaway ends on Friday, September 18th at 11:59pm and notified Saturday Sept. 19th. Winner has 48 hours to respond and claim prize. ( USA only).

Disclosure: Diane Sullivan is a Disney Movies partner blog. All thoughts are my own and completely honest. We love Disney and love to share all updates and giveaways with you. No compensation was given for this post. A  Contact me at Diane@3decades3kids.net and @3decades3kids everywhere else.