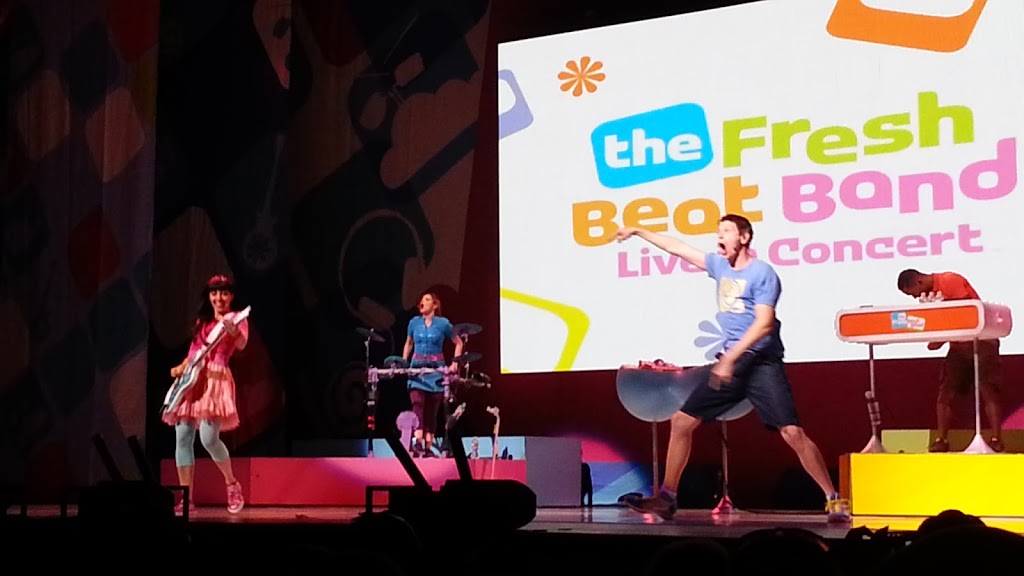 Recently our family had a chance to see the Fresh Beat Band LIVE in Concert at the beginning of their Great Hits Live Tour! The live tour of Nickelodeon’s awesome preschool band made an appearance at NJPAC! Now, don’t worry if you missed them, they will be back in NJ in December and NYC in January! The Fresh Beat Band which consists of Kiki (Yvette Gonzalez-Nacer), Shout (Thomas Hobson), Marina (Tara Perry) and Twist (Jon Beavers) bring their hit TV series to life by teaching music appreciation to children and allowing them to express themselves through movement, song and instrumental music. In the hit musical sitcom, original pop songs are set with preschool-friendly lyrics. Marina, Kiki, Twist and Shout are the Fresh Beats. They are four best band mates who go to music school together and love to sing and dance. From the moment the Fresh Beats wake up, just about any situation can lead to a fun-filled, full-blown, song-and-dance performance that the entire family will enjoy. Grab your tix here: http://www.freshbeatbandlive.com/splash 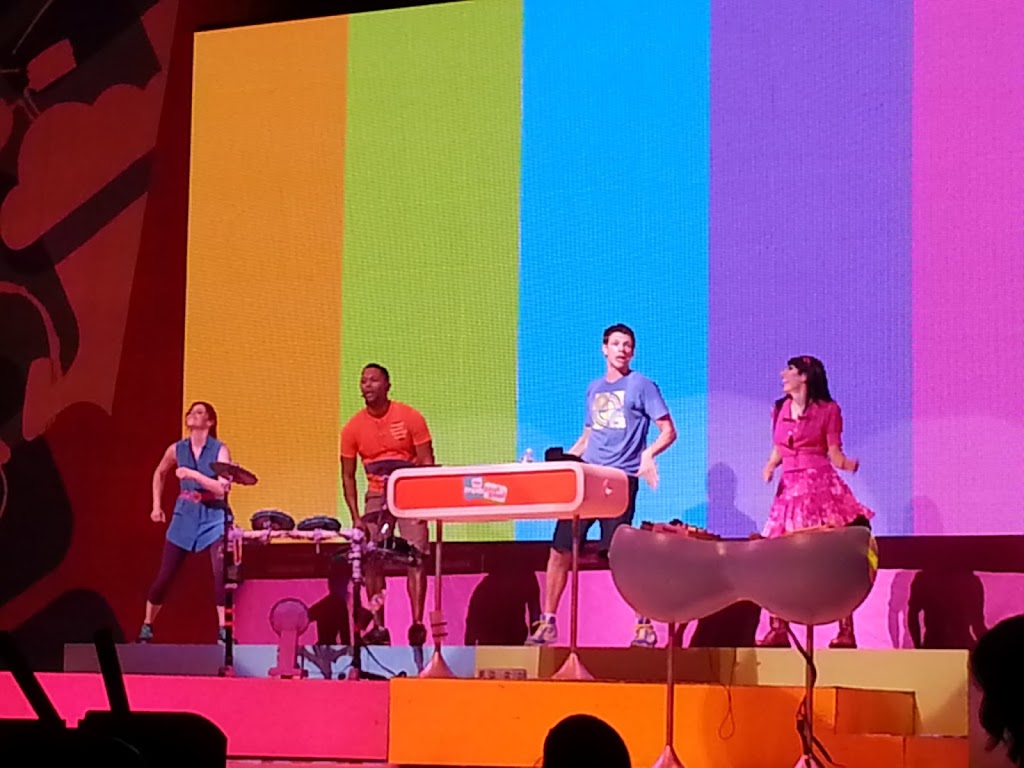 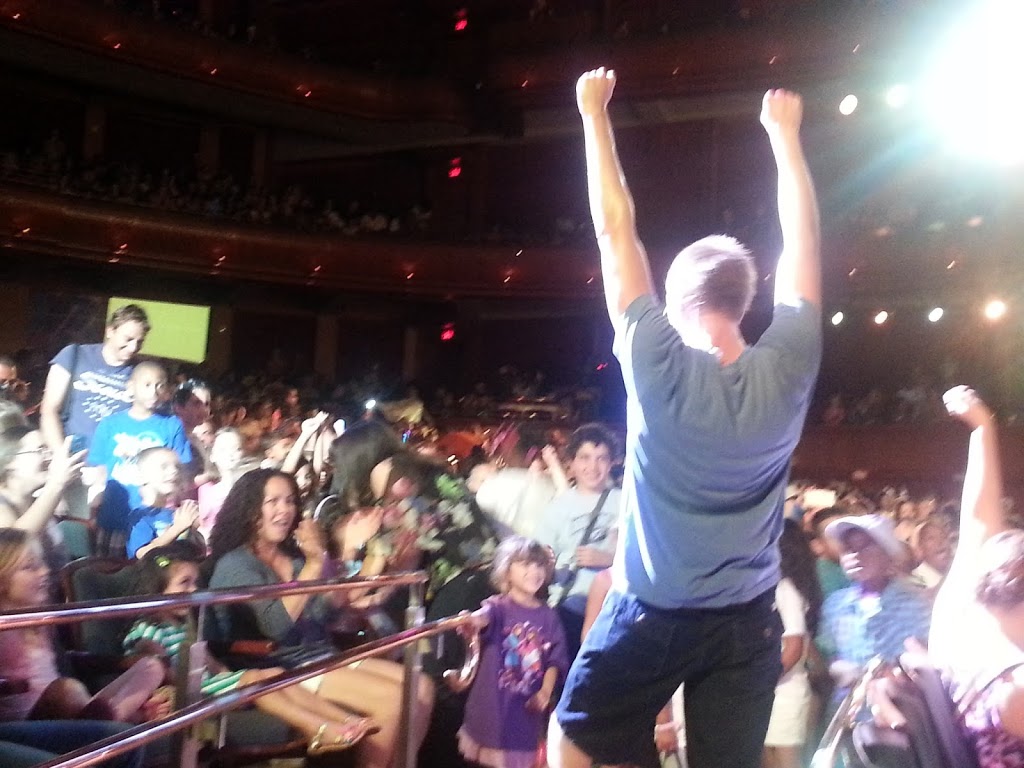 We did see The Fresh Beat Band a few years ago and loved them, so we could not wait to see them again. Even though they are a preschool band, I did see quite a few kids my daughter’s age of about seven there. Now, let’s get to the show! WOW! From the moment the Fresh Beat Band hits the stage you can just feel the energy. The kids absolutely go wild with singing and dancing! The aisles fill up, the kids are on their feet and the moms and dads cannot help but join into the fun! What an incredible show. It’s as if the Fresh Beat Band is talking and singing directly to your child. They make total eye contact and even visit the audience. They are completely kid friendly! Your child will LOVE this show and so will you. If you watch the show with your kids, you already know all the songs. This was proven at NJPAC with everyone in the audience singing along! 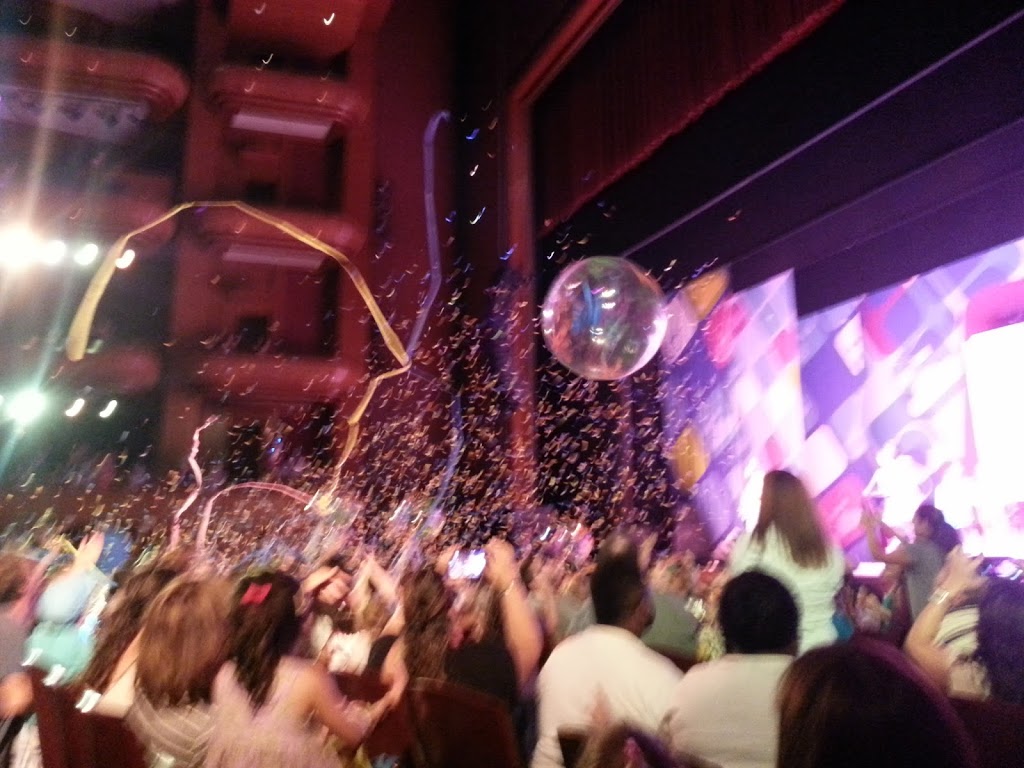 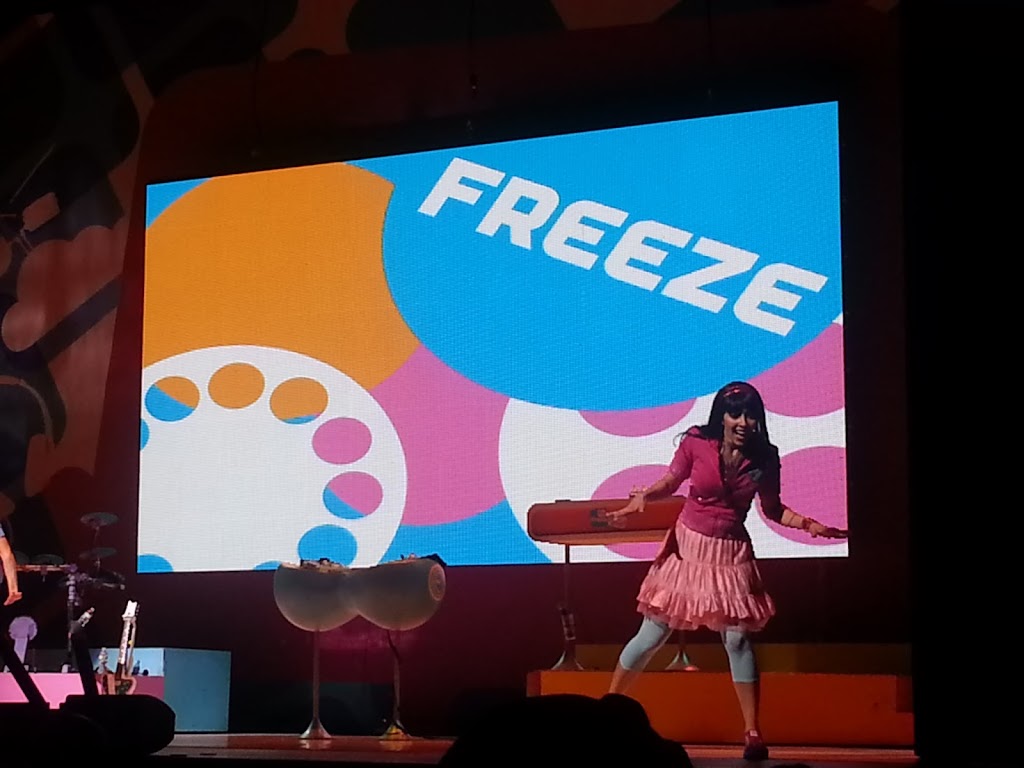 Did I mention there were huge inflatable beach balls? Oh yes, those were tossed into the audience for some awesome fun play! The kids went wild as the balls passed back and forth. So much fun! There also was a ton of confetti and streamers that made the crowd go . crazy. Some of our personal favorite songs included, Just Like a Rockstar, Reach For The Sky,Freeze Dance, Friend Like You, and Go Bananas! NaNaNaNaNaNa-Let’s Go Bananas! and of course, Great Day!
Disclosure: Diane Sullivan was provided with concert passes. No compensation was given for this post. All opinions are completely honest. Contact me at ELGEorgia@aol.com or everywhere else at .@3decades3kids. 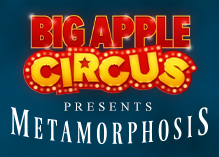 Have you ever been to the Big Apple Circus? Our family loves this show! We have been fans forever and try to catch it as often as we can. This year the Big Apple Circus is heading to Lincoln Center’s Damrosch Park from October 17th- January 11th! It’s a great show to see with your family, the kids or friends!
Be prepared to fly away to the magical All-New Show, METAMORPHOSIS. Be transported to a realm of enchantment and illusion, a dreamscape domain where no one sits more than 50 feet from ringside, and nothing is impossible! You will be thrilled by the Flying Trapeze, the razzle-dazzle of the Rolla-Bolla, the dynamo of the Diablo, the risky rhythms of the Risley team, the cunning conjurors of the Quick-Change, and the incredible flexible limbs of the Contortionists. See and hear the musical merriment of our featured clown and camels, horses, playful pooches and more. Come immerse yourself in the wonder, joy and astounding magic of METAMORPHOSIS! The show runs 2 hours with intermission. The Big Apple Circus is coming to Lincoln Center’s Damrosch Park Oct. 17 – Jan 11 Save up to $25 off tickets with promo code: BIG APPLE www.bigapplecircus.org @bigapplecircus @usfg
Nickelodeon Premieres
Sophia Grace and Rosie’s Royal Adventure
It’s SO Cute! 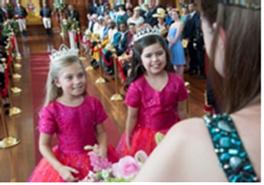 It was not exactly love at first sight when I first saw Sophia Grace and Rosie on The Ellen Show a few years ago. But, like most kids I have come in contact with, they just kind of grew on my. Every time I saw them I thought they were cuter and cuter, until one day I had to admit that I thought the pint sized duo was just adorable. When I heard about the new movie coming to Nickelodeon my daughter and I decided it would definitely be on our “To Watch” list. We ended up watching it last night and again today. It’s is just too cute! They are just plain little girl sweet and quite the little actresses!
Pint-size princesses Sophia Grace and Rosie made their royal debut  In their first-ever movie, Sophia Grace and Rosie are sent by The Ellen DeGeneres Show to a fictional country called Switzelvania as special correspondents tasked with covering the coronation of a new queen.
“We are beyond excited that Nick will be airing our movie,” said Sophia Grace and Rosie. “From appearing on the Kids’ Choice Awards to guest starring on Sam & Cat, working with Nick has been a dream come true for us.”
In Sophia Grace and Rosie’s Royal Adventure, the girls head to Switzelvania as correspondents from The Ellen DeGeneres Show to cover the royal coronation. Upon their arrival, they are mistaken for the King’s great great grandnieces by castle staff and are invited to stay. After meeting the three princesses, Abigail, Imogen, and Cordelia, who are competing for the throne, Sophia Grace and Rosie take it upon themselves to help the best candidate win. It will take some serious princess lessons and fun musical numbers — but if anyone is up for the job, it’s Sophia Grace and Rosie.

Fans can log on to nick.com/sophia-grace-and-rosie for all things Sophia Grace & Rosie including an exclusive sneak peek of the movie and a look back at the duos appearance on Sam & Cat.
Disclosure: Diane Sullivan is a Nickelodeon Partner. All materials provided by Nickelodeon. All opinions are that of Diane Sullivan. Contact me at ELGEorgia@aol.com and everywhere else as .@3decades3kids.