SKELLIG
by
David Almond
at NEW VICTORY THEATER
March 4-13, 2011
Looking for something entertaining for your children 9 and up? Looking for something entertaining for yourself?
Skellig is a great choice! If you have already read the book you can see it come to life. If you haven’t read the book, it’s a perfect follow-up to the show!
Neal Foster, the actor who plays the title character in the stage adaptation of David Almond’s award-winning children’s novel, Skellig, by The Birmingham Stage Company, relishes the challenge of becoming someone — or is it something? — who is as down-and-out as he is enigmatic.
“Skellig may be an aggressive and frightening tramp with arthritis and terrible breath, but you are always made aware there is something very different and mysterious about him. He makes very strong demands on the imagination. One reason I love theater for young people is it often involves characters we rarely meet in adult drama.” said Mr. Foster.
In Skellig by David Almond, Michael, a good-natured 10-year old with more on his plate than the average boy, discovers a grouchy yet strangely mystical vagabond with a taste for brown ale and Chinese take-out hiding out in his family’s garage. Who is he? Did Michael even see him at all? What unfolds is a powerful tale that examines the connections between family, friendship, love and the links between us all.
In the style of RSC’s Nicholas Nickelby, the actors share narration duties while slipping in and out of character. They also provide the instrumental accompaniment. Skellig by David Almond will have its U.S. premiere at The New Victory Theater on March 4 and run through March 13.

The impact of Skellig in British literary circles is quite formidable. In 1998, the book received the Whitbread Children’s Book of the Year Award, and in 2007, it was selected by judges of the CILIP Carnegie Medal for children’s literature as one of the ten most important children’s novels of the past 70 years. Furthermore, in 2010, David Almond received the Hans Christian Andersen medal for his “unique voice” and was described as “a creator of magical realism for children.” His prequel to Skellig, entitled My Name is Mina, was published in September 2010.
Skellig by David Almond is directed by Phil Clark. Design is by Jackie Trousdale, music is by Jak Poore, lighting is by Jason Taylor, and sound is by Lewis Fowler. The cast includes: Ellen Callender, Colin R. Campbell, Christopher Chamberlain, Neal Foster, Victoria Hamnett, Matt Harrison, Dean Logan, Charlotte Palmer, Jak Poore and Charlie Sanderson. 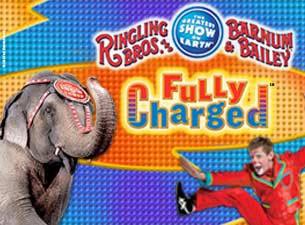 Are You Fully Charged?
Ringling Bros and Barnum & Bailey Circus
Celebrates the 141st Edition!
When I think of some of my favorite memories as a child and many of my favorite times with my three children, I cannot help but think of going to the circus! Every year as soon as we begin to see circus commercials the buzz in our house automatically goes to “Circus Talk”! Remember when the clown put the funny nose on? Remember the parade? The music?
Everyone in our house has a different “favorite part” of the circus, but everyone  agrees that going to the circus is a must! The circus is something that appeals to every age! I would know, since my children are 20, 11, and 4! There are never any complaints when we hit the Greatest Show On Earth!
I would have to definitely say, we are Fully Charged! 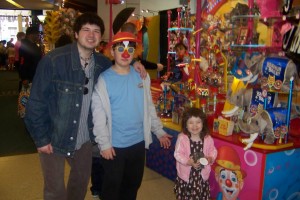 Don’t miss Fully ChargedSM, the all-new surge of circus entertainment fromRingling Bros. and Barnum & Bailey®where megawatts of thrills explode off of the arena floor with breathtaking dare-devilry, superhuman stunts and never-before-seen performances that energize Children of All Ages!
The most electrifying edition ever ofRingling Bros.®celebrates performance power that boosts circus-goers excitement. The amazing acts, which can only be seen at The Greatest Show On Earth®, include Tabayara, a dynamic animal trainer whose rare ability to communicate with animals allows him to ride rearing stallions at a fully charged gallop and orchestratemajestic four-ton Asian Elephants in a symphony of dance. When he stands inside a cage, eye to eye with twelve ferocious tigers, Tabayara sees family where others see danger.
Audiences will feel the earth shake when the Ukrainian strongman duo ofDmitry Nadolinkskiy and Ruslan Gilmulin, who are as wide as they are tall, enter the arena.  The brawny twosome give the word manpower a whole new meaning as they lift large cumbersome telephone poles, which weigh up to half-a-ton, and twirl them above their heads while acrobats balance atop.
The Fearless Fernandez Brothers dial up the thrills as they perform daring feats of athleticism on the Twin Turbines of Steel, including, extreme jumps and twists inside the moving wheels! Audiences will crackle with excitement as they watch Guillermo perform a three hundred sixty degree flying forward somersault, three stories in air, a feat so difficult it has only been attempted by one other person in the 141-year history of Ringling Bros.The Human Fuse, Brian Miser, sets the arena sky ablaze as he rockets through the air from his self-made human crossbow.  Don’t blink as he flashes across the sky in less than a second, and travels 80 feet at 65 miles per hour.
Ever wonder how many clowns it takes to change a light bulb? The hilarious hoopla continues to flow as the clowns from the world-famous Ringling Bros.®clown-alley, charge-up the audiences’ funny bones with hysterical silly antics and clownish comedy.
You can only experience this current of excitement at Ringling Bros. Fully Charged! Get your ticket for high-voltage fun today! 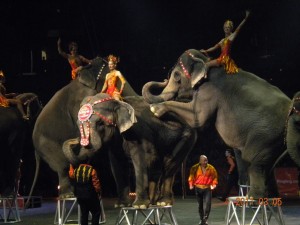 Don’t miss the All Access Power Up Pre-show Party!
Arrive an hour before show time and step onto the arena floor to meet our performers and animals.  It’s your chance to learn skills from the stars of the show and discover how to be CircusFit®. This action packed  event will get you Fully Charged and ready for the show to begin. Plus, watch one of our incredible Asian  elephants paint a masterpiece, and enter for a chance to win your very own pachyderm painting. The fun starts an hour before show time, and it’s free with your ticket! 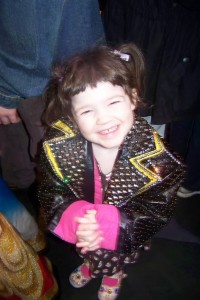 ARE YOU FULLY CHARGED?
is a unique initiative in which we’re encouraging everyone everywhere to check their smoke detector batteries to make sure they’re (wait for it) — Fully Charged. As a mom and a former teacher, I cannot begin to tell you how many lives I have seen changed and saved by “working/charged” smoke detectors! Hats off to Ringling Bros and Barnum & Bailey Circus for their great cause!
Please: Check your smoke detector and please LIKE Fully Charged on FB!
Yes, there’s a Facebook page ––Like Are You Fully Charged? On Facebook! Click Here 🙂. please help spread the word — you might also help save a life. 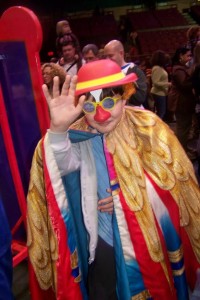 Use code BLOGGER saves $5 on all non-VIP tickets to all shows (except opening nights) for the IZOD Center (Mar. 2-13) and Nassau Coliseum (Mar. 16-20).There is also a special $12 ticket for kids ages 2 through 12 available for all evening performances.

Ticketmaster.com/Ringling-Bros-and-Barnum-Bailey-Fully-Charged
The code BLOGGER is good on all performances at both locations, except for opening nights. 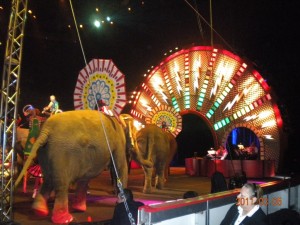