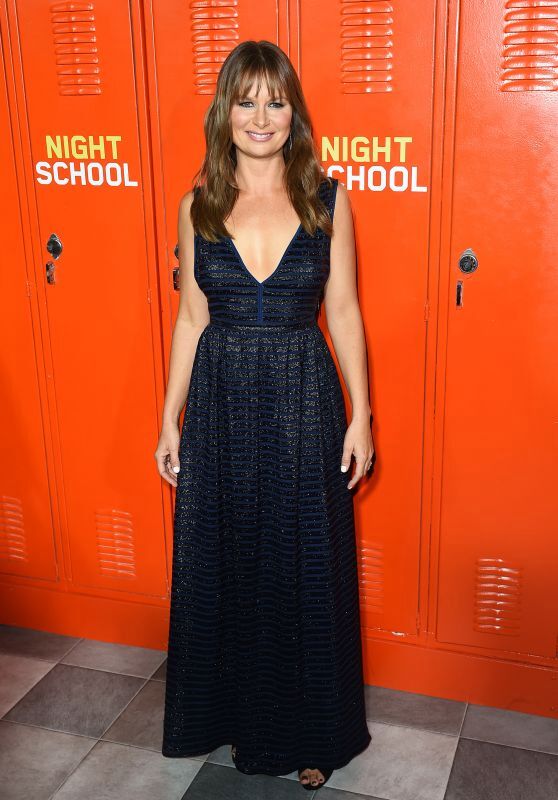 Have you been to the movies lately? There are movies that make us laugh and there are movies that make it hard to stop laughing. Universal Pictures Night School is a definite side splitter when it comes to humor. When the entire theater bursts out in laughter you know the movie is great. Night School is in theaters now and definitely should be on your big screen list for this weekend. Hubby and I had the chance to take in an advance screening the other night and we both thought the movie was hilarious.

After seeing the movie I was honored to have the opportunity to chat with Mary Lynn Rajskub who plays a stay at home mom who is back in night school hoping to pass her GED exam.  During the interview I asked Mary Ellen that aside from the humor if she thought there was a more serious message the viewers would walk away with after seeing Night School. She talked about how there are non-stop jokes, but that there was a great message of personal growth how her character went from being invisible and living a life of responsibility and obligation to blossoming and loving being around people. She discovered that she loved to learn and even communicated that to her husband by the end. Each character in the movie has their own journey  in that way, led by Kevin Hart’s character who doesn’t give up and learns how to learn and how important that was, and I love that! Mary Lynn was not sure if she would be taking her ten year old son to the movie or not. She also stated that although she is not like her character in the movie she is in the respect that she is very reactive although traditional at parenting and uses the stage and stand-up comedy to help her along the way. 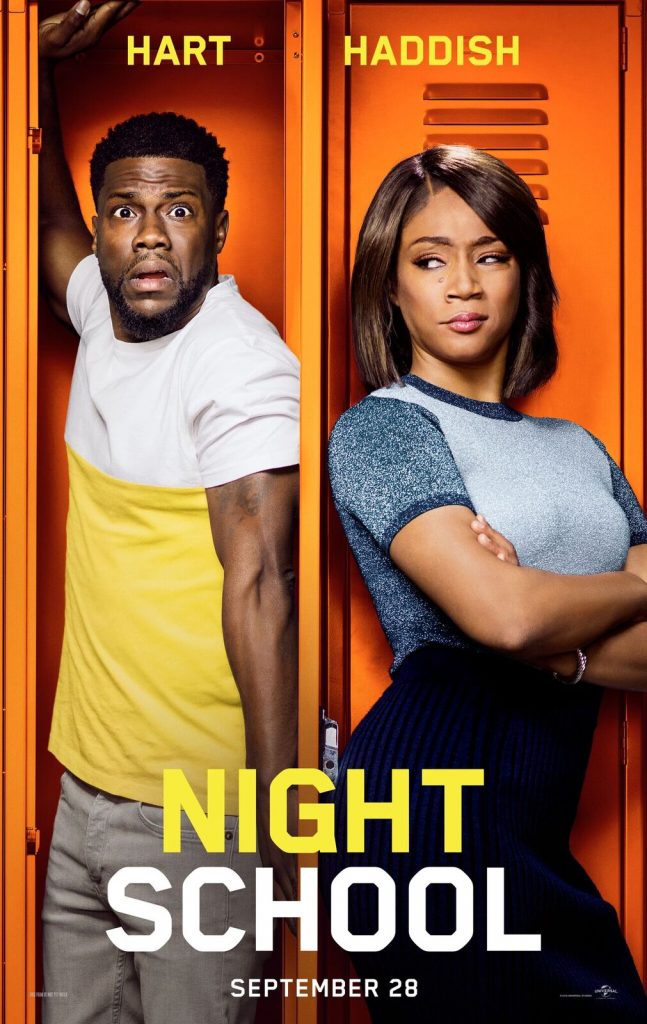 So grab your friends this weekend and head to the theater. You will not be disappointed. Everyone needs a little time out to just escape their troubles. This film is sure to take you there. Star Kevin Hart and producer Will Packer, who partnered for the hit Ride Along and Think Like a Man series, bring their signature style to Night School.  The comedy from director Malcolm D. Lee (Girls Trip) follows a group of misfits who are forced to attend adult classes in the longshot chance they’ll pass the GED exam. Rated PG-13 So, what are you waiting for? Everyone needs a second chance, wouldn’t you agree?

Co-stars Tiffany Haddish, Rob Riggle, Taran Killam and Romany Malco join Hart on-screen for the film that Hart produces for his Hartbeat Productions, and Packer via his Will Packer Productions.  www.nightschoolmovie.com

Disclosure: Diane Sullivan was extended a media invite to attend the advance screening of Night School and participate in an interview with movie talent. All opinions are that of Diane and do not reflect the views of the parent company represented. Contact me at Diane@3decades3kids.net or @3decadese3kids across all social media networks. See you at the movies! 3decades3kids.net