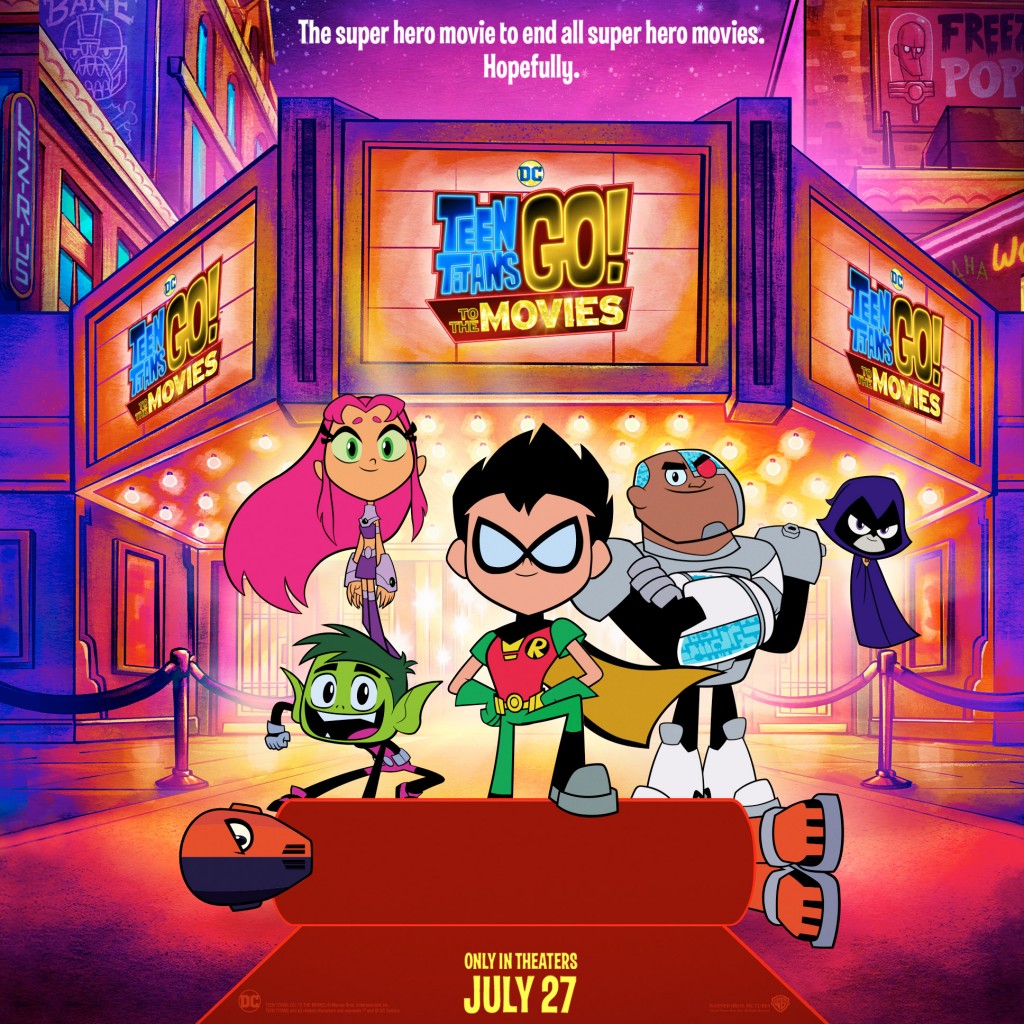 Our family is pretty much obsessed with going to the movies! We love movies and especially seeing them on the big screen! This summer Warner Bros has something BIG planned for fans of every age. Teen Titans GO! To the Movies will hit theaters on July 27th, 2018 and we can’t wait for you to see it!

We are thrilled to partner with Warner Bros to give one 3decades3kids readers a huge prize pack for Teen Titans GO! To the Movies! The prize pack includes ALL of the prizes listed below.

Enter our giveaway on the rafflecopter below. Giveaway ends on July 27th at 11:59pm. Winner will be contacted soon after via email. Winner has 48 hours to respond and claim prize before a new winner is chosen. (USA addresses/18+only) Good Luck! 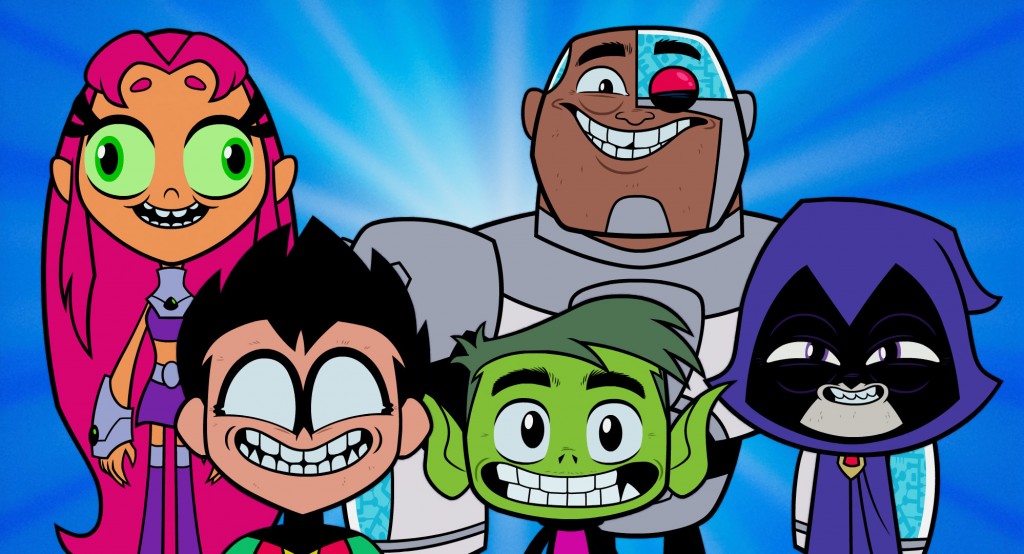 When the Teen Titans go to the big screen they go BIG! Teen Titans GO! To the Movies! finds our egocentric wildly satirical Super Heroes in their first feature film, a fresh, clever kid appropriately crass and tongue in cheek play on the superhero genre complete with musical numbers!
It seems to the Teens that all the maj0r superheroes out there are starring in their own movies, everyone except the Teen Titans! But de facto leader Robin is determined to remedy the situation and be seen as a star instead of a sidekick. If only they could get the hottest Hollywood film director to notice them. With a few madcap ideas and a song in their heart the Teen Titans head to Tinsel Town certain to pull off their dream. But when the group is radically misdirected by a seriously Super-Villain and his maniacal plan to take over the Earth, things really go awry. The team finds their friendship and their fighting spirit failing, putting the very fate of the Teen Titans themselves on the line! 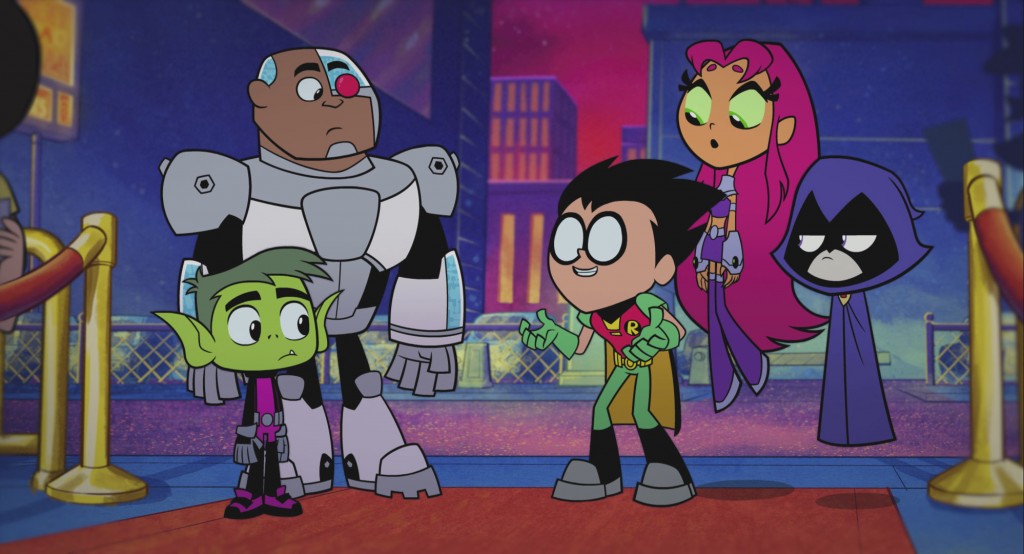 The first-ever big-screen version of DC Entertainment and Cartoon Network’s animated
TV show stars Greg Cipes (TV’s “Teenage Mutant Ninja Turtles”) as Beast Boy, Scott Menville (TV’s “Spider-Man”) as Robin, Khary Payton (“The Walking Dead”) as Cyborg, Tara Strong (the “My Little Pony” franchise) as Raven, and Hynden Walch (TV’s “Adventure Time with Finn & Jake”) as Starfire, reprising their roles from the series.  Will Arnett (“The LEGO® Batman Movie”) and Kristen Bell (“Frozen”) also lend their voices and, in guest roles, Superman super fan and Oscar winner Nicolas Cage (“Leaving Las Vegas”) portrays the Man of Steel; singer/songwriter Halsey lends her voice to Wonder Woman; and rapper/-singer Lil’ Yachty plays Green Lantern.
The film is rated PG by the MPAA for action and rude humor.
TeenTitansGO-movie.com
Disclosure: Diane Sullivan is a Warner Bros Movie Partner blog. All opinions are honest and do not reflect the views of the parent company represented. Products provided for both blog and giveaway. Contact me for collabs at Diane@3decades3kids.net and @3decades3kids across all social networks. 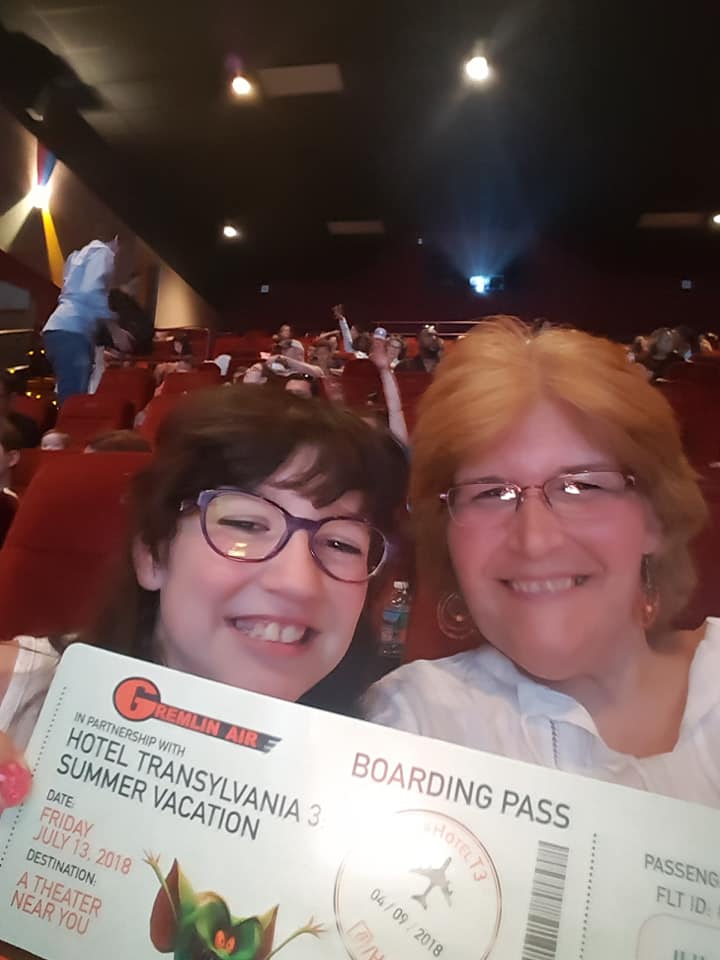 Sony Animation’s Hotel Transylvania 3: Summer Vacation is going to make your summer just a little bit better. It’s in theaters now so be sure not to miss it! It’s hilarious to see on the big screen! Recently our family was inviting to see the movie and we absolutely loved it! Let’s face it, the kids ALWAYS like the movie, so to me it’s more about how the PARENTS enjoy it. Let me tell you that the adults in the audience were laughing. There were some really funny parts that parents will think are extra funny! 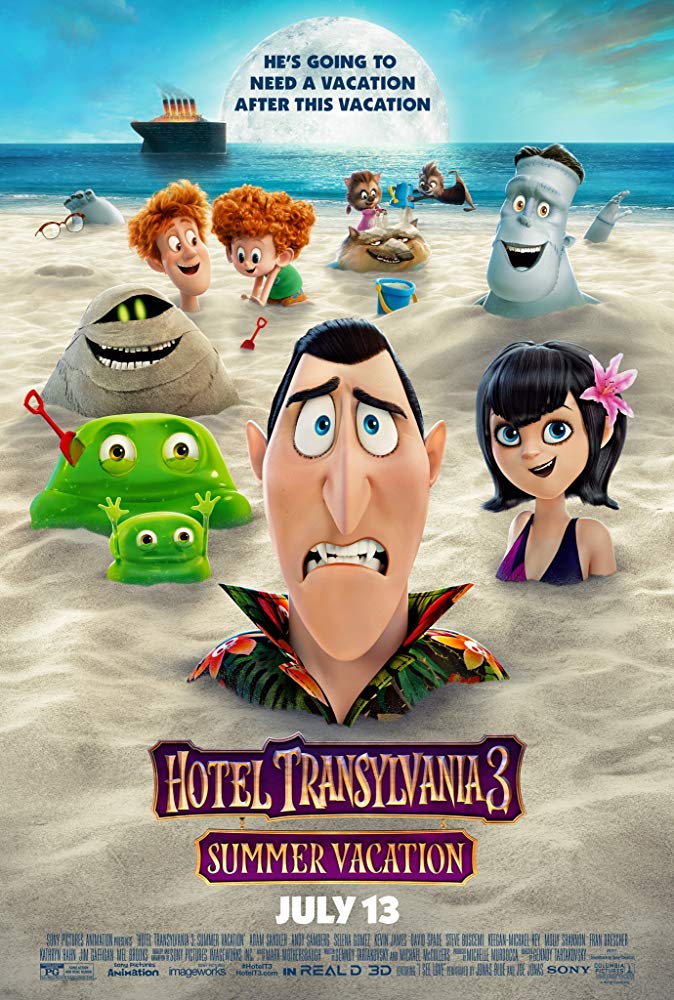 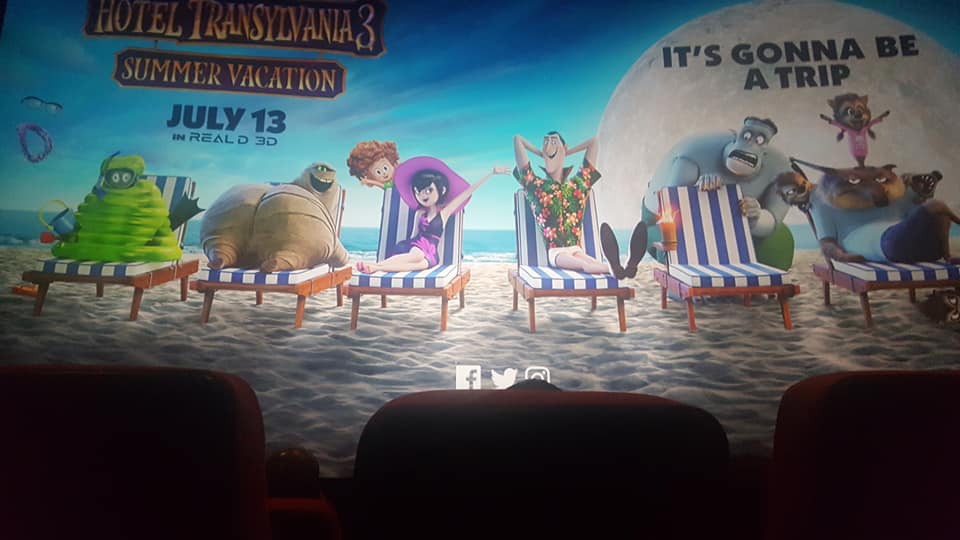 In case you are wondering you do NOT have to have seen Hotel Transylvania 1 or 2 in order to enjoy Hotel Transylvania 3 Summer Vacation. My hubby and sons did not see the first two and my daughter and I did, it did not make one bit of difference in understanding or enjoying the movie. Hotel Transylvania 3 Summer Vacation had our favorite monster family leaving the toils of their own hotel to REST and relax on a luxury monster cruise ship. Mavis (Drac’s daughter) sets up the entire trip so that her Dad can get a much needed rest and just chill without thinking about work and the hotel. 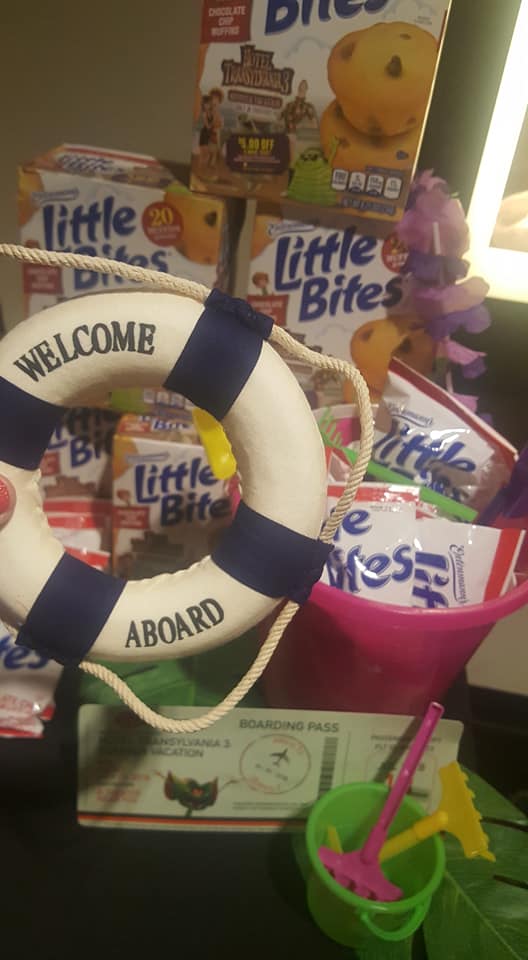 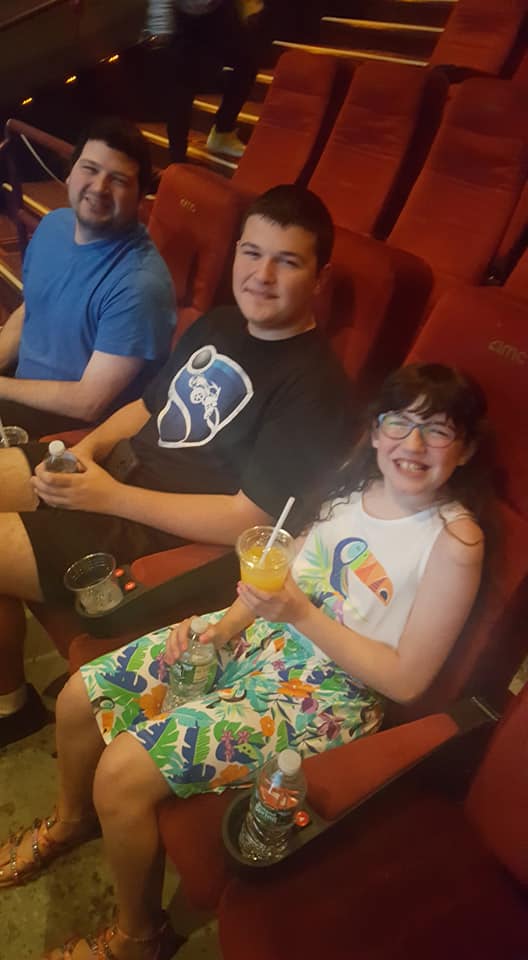 Our family just took a cruise earlier this year so the movie was especially funny to us to watch as the monsters take over the ship. Watching the monsters work on their moon tans while others munch at the buffet table, it’s just filled with fun. But of course it’s not all fun. Drac falls hard for the ship’s captain, Ericka! She is pure evil although she comes across as a dream come true and Drac’s next Zing! Without giving away any spoilers let me just tell you that Ericka has another motive than love when it comes to wooing Drac and it’s something that could destroy all of monsterkind as we know them!

What happens next? You will have to head over to the theater to see just how it all plays out! For more information and tickets for Hotel Transylvania 3 Summer Vacation click here.

Disclosure: All opinions are that of Diane Sullivan and honest. They do not represent the views of the parent company represented. A family media invite was extended to attend the event. Contact me for collabs at Diane@3decades3kids.net or @3decades3kids across all social media platforms.