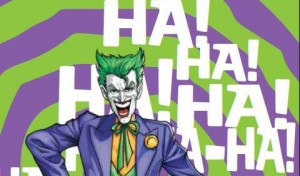 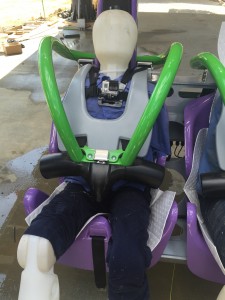 After being lifted straight up a 12-story, 90-degree hill, The Joker will wreak havoc as riders flip head-over-heels at least six times along the seemingly weightless journey. Thrill seekers will experience exhilarating leaps and dives along a horizontal plane, along with unexpected drops as they tumble from one level to the next. The wing seats amp up the pandemonium since riders will experience all of this chaos with no track above or below ─ just the sky, ground and adjacent Great Lake churning around them. 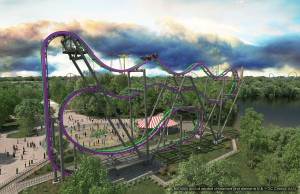 During the next month, engineers will fine-tune the ride control system and complete extensive testing, followed by a series of inspections and certification by New Jersey ride inspectors. The coaster is expected to debut Memorial Day weekend. The Joker is the second 4D, free-fly coaster of its kind anywhere in the world. For more information about the 2016 season at Six Flags Great Adventure, visit www.sixflags.com/greatadventure

Disclosure: Diane Sullivan/3decades3kids is a Six Flags Great Adventure partner blog. All opinions are that of Diane and completely honest. They do not in any way reflect the opinion of the parent company represented. No compensation was given for this post. Information provided by Six Flags. This post is part of our #SummerHotSpots series. Contact me at Diane@3decades3kids.net and @3decades3kids across all social media platforms except Snapchat where we are ThreeDecades. 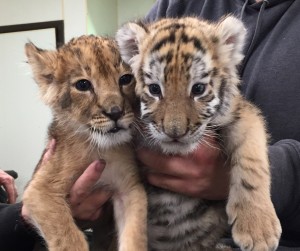 To me there is nothing more adorable than lion and tiger cubs! Recently, I was introduced to two little cubs that are just too cuddly for words. Spots and stripes have taken over the nursery at Six Flags Great Adventure’s safari as the veterinary team welcomes a Siberian tiger cub, the first tiger birth at the safari in 13 years, and an African lion cub. What makes the situation so unique is that for the first time, the team is hand raising the two fuzzy, female “big cats” as one litter, despite being two species that would typically never meet in the wild as they are native to different continents. 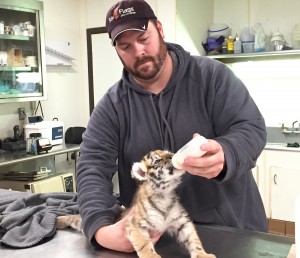 “Within a week, two first-time mothers gave birth to healthy cubs but failed to care for them, so we stepped in,” said Dr. Ken Keiffer, a Six Flags veterinarian. The lion was born Nov. 19 and weighed 3 lbs., and the tiger followed on Thanksgiving and weighed 2.4 lbs. The Six Flags veterinary team became surrogate mothers to the cubs, feeding them up to six times each day. According to Keiffer, the two are doing very well and have yet to be named.  “Raising the cubs together helps to develop their socialization skills, and will enhance their chances of being successfully introduced to their own species at the safari when they are a bit older,” Keiffer said. 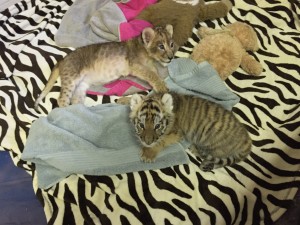 The cats play, eat and snuggle together, and are also learning to find their voices and personalities. According to Keiffer, the lion cub is much more relaxed while the tiger cub is far more dominant and vocal. Siberian tigers are on the endangered species list, and tigers rank as the world’s largest living cats. Approximately 3,200 are estimated to live in the wild. The new cub is the fifth Siberian tiger at the safari. African lions are the second largest living cat in the world, number less than 19,000 in the wild and are now being protected under the endangered species act, said safari Director and Chief Veterinarian Bill Rives. Several healthy African lion cubs have been born in the Six Flags safari during the last few years, and the new cub is the 20th lion at the safari. https://www.sixflags.com/greatadventure