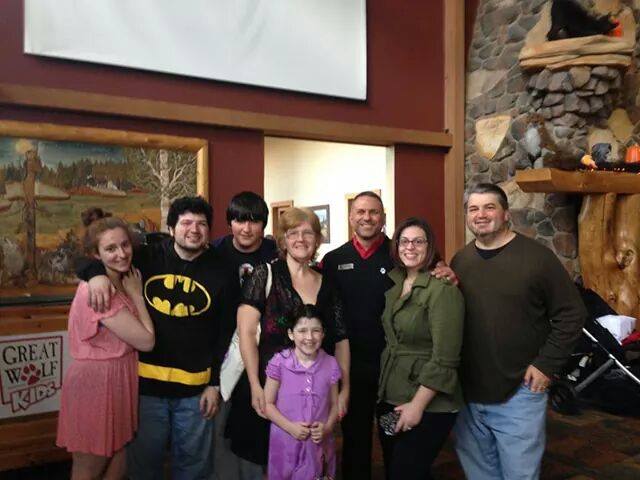 Being an only child my entire life has made me develop many friendships. As we know friendships come and friendships go, but each one has its very own special meaning. When it comes to Thanksgiving every year, I always find myself sharing the fun with many of my local friends. Since my extended family lives on the west coast and I live on the east coast- most times it’s a choice less thing. Friendship is something that I value more than anyone could know and it’s something that I constantly try to chat with my children about. Each person that we meet in life has some meaning to us and deciding if we want to make those acquaintances into friends most time is a choice of our very own hearts. To be a friend of mine, it really means you have a piece of my heart. I don’t treat it lightly. So this year with Thanksgiving here, it’s a great time to tell your friends just how special they are to you. I know I will be.

Starting today we watched one of our favs-VeggieTales in the House! You can’t go wrong with Larry and Bob and the Veggie Tale Gang! Brand new Netflix Original that started November 26th! PS. You will love it! So, Happy Friendsgiving to all from our family to yours! Now…go eat some Pumpkin pie and Stream away on Netflix!
Here are some great Friendly Titles!
For Little kids:
1. Phineas and Ferb
2. Shaggy and Scooby: Scooby-Doo! Mystery Incorporated
3. Vada and Thomas: My Girl
4. Martin and Chris: Wild Kratts
5. Finn and Jake: Adventure Time
6. Mario and Luigi: The Super Mario Bros. Super Show!
7. Charlotte and Wilbur: Charlotte’s Web
We Can’t Leave Our Mom and Dad! We need our Friend fix, too!
Disclosure: Diane Sullivan -3decades3kids is a Netflix Stream Team member and given special perks throughout the year as part of the program. We love Netflix and hope that you do, too! #StreamTeam. Contact me at ELgeorgia@aol.com.
Care Bears Countdown to Christmas
Online Advent Calendar 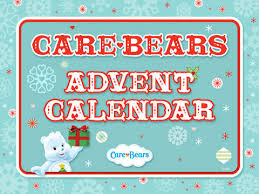 Packed with all of the fun sights and sounds of the holiday season children can start the countdown by ‘unlocking’ 25 activities like holiday-themed puzzles, videos, coloring pages and more, returning each day to unlock another activity.  Children can design hundreds of snowflakes and create their own white Christmas with the Care-a-Lot Snowflake maker, decorate the Care Bears Christmas tree with special ornaments, and enjoy other wintry fun activities.  On Christmas Day, a full-length Care Bears video episode is unlocked.
Available now for iPads for $2.99 on the App Store.  A PC and MAC desktop app can be downloaded at https://www.americangreetings.com/care-bears-advent-calendar
A Very Furry Christmas At Sesame Place
Kicks Off With Imagination Movers In Concert
Reindeer Party
November 22 and 23rd.
We Have A 4Pack of Tix to Sesame Place
AND The Imagination Movers In Concert 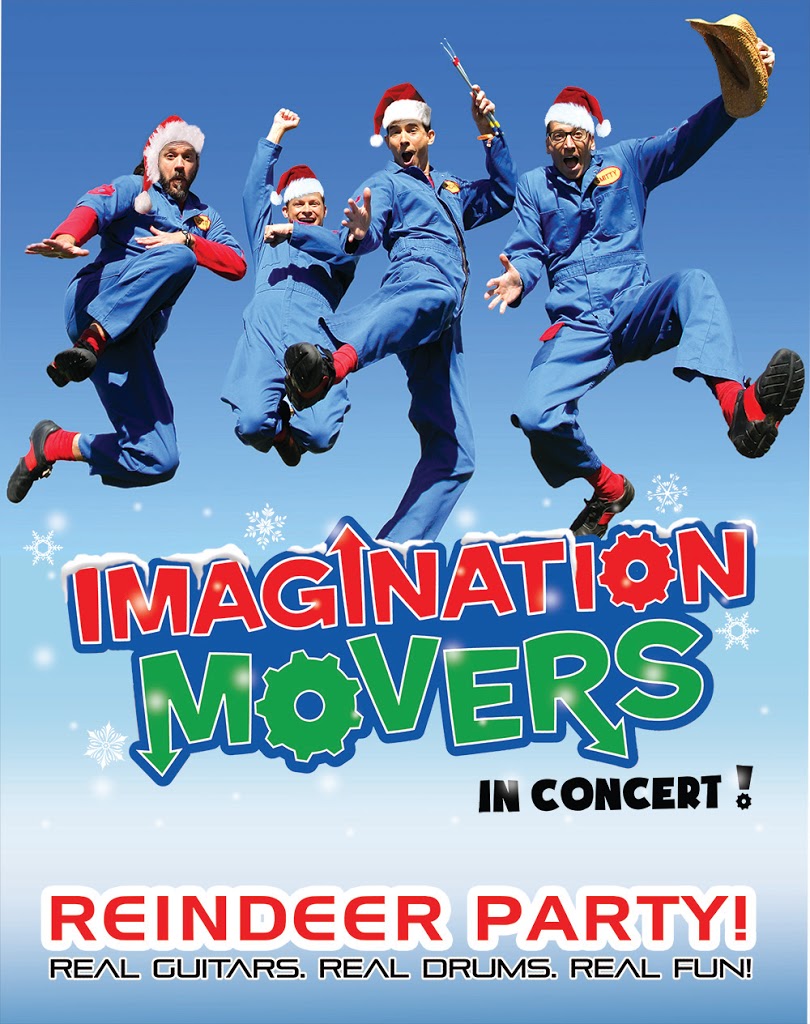 Honestly, I cannot believe that it’s that time of year. It seems like it was just summer and zip, here we are in the middle of Fall and the holidays are just about here! Sesame Place is all done up and ready to open its gates to us on November 22nd with the kick off of A Very Furry Christmas. To make the weekend even more awesome, the opening weekend will be filled with the awesomeness of The Imagination Movers in Concert! The Reindeer Party is something you do not want to miss out on! Don’t miss the Imagination Movers’ “Reindeer Party” at Sesame Place! Emmy winners Rich, Scott, Dave and Smitty of the hit Disney Junior show Imagination Movers will perform their most crowd-pleasing tunes along with each Movers’ favorite holiday songs. Paid park admission is required in addition to concert reservations. November 22 – 23, 2014 in Monster Rock Theater 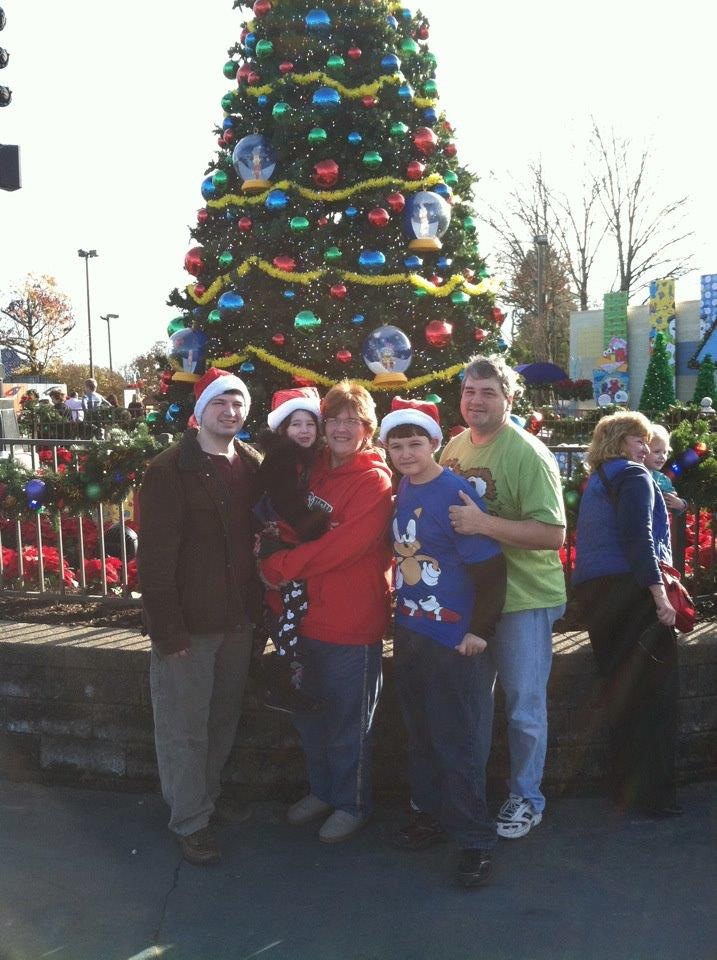 A Very Furry Christmas at Sesame Place is a festival for the family! Check out our video of the Imagination Movers Reindeer Party from last year! This celebration is a time when the entire theme park is transformed into a Christmas Magical Wonderland. You will not want to miss it. You can enjoy hot cocoa, gingerbread cookies, a zillion twinkling lights, and still enjoy some of the rides! There are Christmas themed shows, special menus and shopping galore. Did I mention you can meet Santa? So bring your list….and your camera! We will have a full write up after our trip this weekend. You can enjoy A Very Furry Christmas at Sesame Place November 22- December 31st- select dates. Check it out here: http://sesameplace.com/en/langhorne/

Giveaway:
Enter below for a 4pack of tix to Imagination Movers at Sesame Place. Admission tickets included. Admission tickets to park ONLY good this weekend Nov 22 -23 in order to see the show. Winner chosen Thursday at noon and contacted immediately. Winner will need to provide the date they want to go to Sesame Place, choices are Nov 22 or 23. Good Luck. Disclosure: Diane Sullivan is a Sesame Place Ambassador Blogger. All tickets provided by Sesame Place. 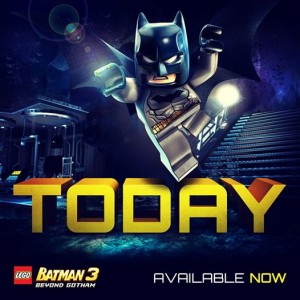 If there is a gamer in your family this is going to be a huge holiday hit, or any time hit. In our house the release date is its own kind of holiday! So we will be celebrating tonight after school and checking out the new game on Xbox One.“LEGO Batman 3: Beyond Gotham is without a doubt this year’s ultimate Super Hero game for all ages,” said Tom Stone, Managing Director, TT Games Publishing. “From free-roam gameplay, to flying LEGO big figures and exploring Lantern Worlds with DC Comics’ most amazing characters, the fun and possibilities in LEGO Batman 3 are endless.”
In LEGO Batman 3: Beyond Gotham, the Caped Crusader joins forces with the super heroes of the DC Comics universe and blasts off to outer space to stop the evil Brainiac from destroying Earth. Using the power of the Lantern Rings, Brainiac shrinks worlds to add to his twisted collection of miniature cities from across the universe and the greatest Super Heroes and most cunning Super Villains must unite and journey to different Lantern Worlds to stop him.
Players will unlock and play as more than 150 characters, including members of the Justice League and the Legion of Doom, as well as LEGO big figures such as Arkillo, Atrocitus and many more, each with their own gadgets and abilities. In LEGO Batman 3: Beyond Gotham players will explore iconic locations such as the Hall of Justice, the Batcave and the Justice League Watchtower, as well as visit and freely explore various Lantern planets like Odym, Zamaron and Okaara.
LEGO Batman 3: Beyond Gotham also features an incredible line-up of voice actors, many of whom are reprising their roles in the LEGO Batman videogame franchise, including:  Troy Baker (Batman); Travis Willingham (Superman); Christopher Cory Smith (The Joker); Laura Bailey (Wonder Woman and Catwoman); Dee Bradley Baker (Brainiac); Josh Keaton (Green Lantern); Scott Porter (Aquaman), and none other than 1960s Batman himself, Adam West! The game also features star-studded appearances by Conan O’Brien and Kevin Smith as themselves and Stephen Amell, star of the hit TV series Arrow, as Green Arrow.
In addition to the wealth of new environments, characters and features in the game, LEGO Batman 3: Beyond Gotham also marks another first for the LEGO videogame franchise – a Season Pass. The Season Pass will include six downloadable packs, each with a uniquely themed mission level with story and free play modes. Players will be able to unlock more than 40 characters, vehicles, achievements and more.  Three add-on content packs will be available at launch: The Dark Knight, Man of Steel and Batman 75th (a great chance for kids and parents to celebrate Batman’s 75th Anniversary). Players who can’t get enough of the game can also look forward to more add-on content, including the Arrow pack and two others, to be released at a later date.
The handheld version of LEGO Batman 3: Beyond Gotham includes more than 100 characters from the DC Comics universe and 45 missions spanning an original storyline focused on dynamic, fast-paced gameplay.
LEGO Batman 3: Beyond Gotham is rated “E10+” for everyone 10 and older by the ESRB and is now available for Xbox One and PS4™ for the suggested retail price of $59.99 and for Xbox 360, PS3™ and Wii U for the suggested retail price of $49.99. The game is also available now for PS®Vita, PS® TV and Nintendo 3DS for the suggested retail price of $29.99. The LEGO Batman 3: Beyond Gotham Season Pass will be available for Xbox One, Xbox 360, PS4, PS3, and PC for the suggested retail price of $14.99. Add-on content packs can also be purchased individually for the suggested retail price of $2.99.
LEGO Batman 3: Beyond Gotham is developed by TT Games and published by Warner Bros. Interactive Entertainment.  For more information, please visit:
https://www.facebook.com/LEGOBatmanGame
Follow LEGO Batman 3: Beyond Gotham at:
https://www.facebook.com/LEGOBatmanGame
https://twitter.com/LEGOBatmanGame
http://instagram.com/LEGOBatmanGame

GIVEAWAY: Our next coverage on the game will be our actual review. We have tested the game at some events already but cannot wait to get our hands on the home copy! With that post we will be hosting a GREAT GIVEAWAY!! Your copy will arrive just in time for some holiday fun.
Stay tuned and thanks, Lego Batman! Play On!
Disclosure: No compensation was given for this post. Review and giveaway copies provided.
All opinions are that of my family and self and completely honest. Contact Diane Sullivan at ELGEorgia@aol.com. #GamerFamily #GamerMom #GamerKids

You Are Invited To The NYC Screening of
Beyond The Lights 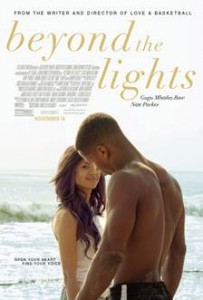 Beyond the Lights is the story of Noni, the music world’s latest superstar. But not all is what it seems, and the pressures of fame have Noni on the edge – until she meets Kaz Nicol, a young cop and aspiring politician who’s been assigned to her detail. Drawn to each other, Noni and Kaz fall fast and hard, despite the protests of those around them who urge them to put their career ambitions ahead of their romance.  But it is ultimately Kaz’s love that gives Noni the courage to find her own voice and break free to become the artist she was meant to be.
Rated PG-13
Tuesday, November 11 at 7pm at Regal Ewalk in Times Square.
http://www.relativityscreenings.com/3D3KBTL
Cast:      Gugu Mbatha-Raw, Nate Parker, Minnie Driver, Colson “MGK” Baker and Danny Glover

Disclosure:  3decades3kids is a Relativity Pictures movie partner. No compensation was received for this post. All opinions are that of our own. We love the movies and enjoy sharing screening opps with our readers. Please follow us on Twitter .@3decades3kids for early announcements on screenings in the NYC area. Contact me at ELGEorgia@aol.com.