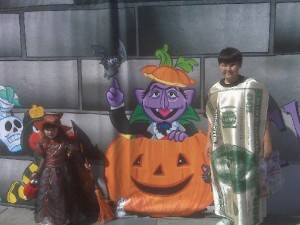 Looking for an adorable place 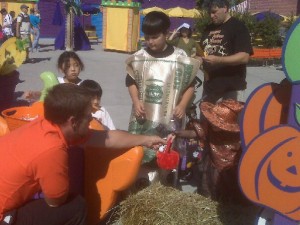 to take your preschooler (and a little 0lder ) children trick or treating for Halloween and the weekends leading up to it?
We had the pleasure of going to Sesame Place this weekend. They had so many Halloween activities we could not even do them all in one day! The park is open 10-6 and will keep you hopping from one activity to the next. Our family had fun immediately upon arriving by taking a fun hay ride! The character on our hay ride was Telly Monster! We also had a nice hostess who sang songs and told stories! Once we entered the park the kids immediately wanted to Trick or Treat! There were so many stations set up throughout the park! We went to some fun Halloween themed shows
where the characters were dressed in Halloween costumes. Our family favorite was The Not Too Spooky Halloween Show, which included a fun ending with the song Thriller! We could not leave without relaxing a bit and watching The Rock Around the Block Parade, since the parade will change next season. We also played a few of the fun games and my son was lucky enough to win the jumbo Frog! The day could not have been any more fun! Happy Sesame Halloween! http://www.sesameplace.com/sesame2/ 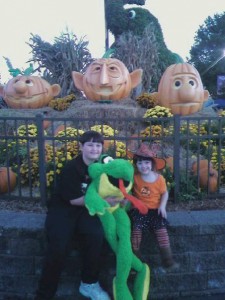 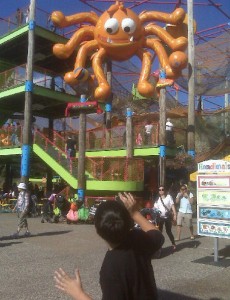