Our family has taken on a new sport during the last couple of years. The Professional Bull Riders returns to Madison Square Garden in 2015 with three days of intense competition from January 16 – 18. Edge of your seat action with thrilling 8-second rides, heart-stopping wrecks, 2,000-pound bulls, and the world’s Top 35 bull riders will entertain fans as the PBR and its Built Ford Tough Series returns to New York City for the ninth consecutive year. Check out the fun we had last year: http://3decades3kids.net/blog/2013/01/pbr-professional-bull-riding-hits-nyc-and-kicks-off-their-2013-season/
Tickets, ranging in price from $20 to $200, are now on sale and can be purchased at all Ticketmaster outlets, online at www.ticketmaster.com and via phone at (800) 345-3000. Tickets are also available at the MSG Box Office.The action begins Friday and Saturday, January 16 and 17 at 8 p.m., and on Sunday, Jan. 18, at 1 p.m. See you there!! Seeeee you there!! 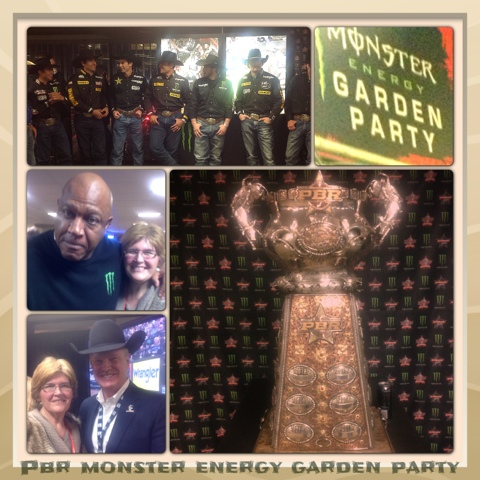 In 2014, New Yorkers witnessed the greatness of 2013 PBR World Champion J.B. Mauney, as he not only captured his third event win at Madison Square Garden (2007, 2009, 2014) by tying with Fabiano Vieira for the win this year, but he also continued his BFTS consecutive rides streak and tied the record of Terry Don West with 15 rides in a row. He also extended the record for consecutive PBR Built Ford Tough Series wins to five (Grand Rapids, Mich., Fayetteville, N.C., Hollywood, Fla., 2013 PBR World Finals and New York).
The competition in New York is always tight and the cream of the crop rises to the top, putting on a show that rivals anything MSG has to offer. New York City will be one of the first stops on the 2015 PBR Built Ford Tough Series schedule. The series also will travel to Chicago, Anaheim, Calif., and Dallas on its 18-state tour, culminating with the PBR Built Ford Tough World Finals in Las Vegas onOct. 21-25 when the 2015 PBR World Champion, the bull rider who amasses the most points during the 2015 season, will receive the coveted World Championship belt buckle and $1 million bonus. For more information on the PBR, go to PBR.com, or follow on Facebook atFacebook.com/PBR, Twitter at Twitter.com/PBR, and YouTube at YouTube.com/PBR.
0 Flares Twitter 0 Facebook 0 Pin It Share 0 Google+ 0 Email -- Filament.io 0 Flares ×