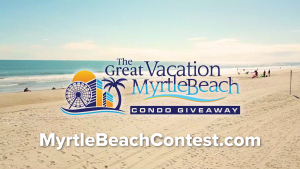 The newly renovated, oceanfront efficiency condo offers room for up to four guests and includes a fully-equipped kitchen. In addition to its prime Myrtle Beach location, the resort provides convenient access to all of the area’s major attractions, restaurants, and things to do. Families and couples enjoy a wide variety of on-site amenities including an indoor pool, a block-long poolscape complete with a large pool, whirlpool, lazy river, kiddie lazy river, kids’ pool, poolside bar, and plenty of relaxing deck options. In addition to everything you need for fun in the sun, the resort offers an array of dining options as well as an opportunity for rejuvenation and relaxation at its on-site spa.

For Official Rules and for more information about Vacation Myrtle Beach properties and deals, please go to https://woobox.com/hsfeoo?source=usfam 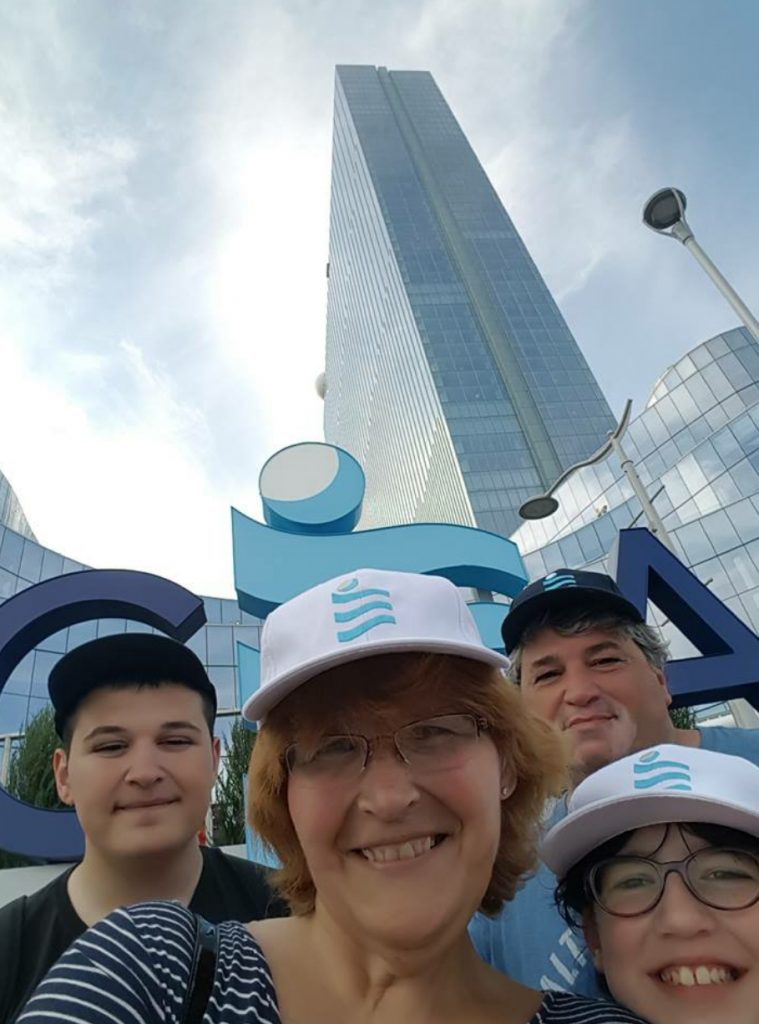 *This is a sponsored post with a sample product provided. All opinions are my own and do not reflect those of the parent company represented.*

If you’re like me, you take A LOT of photos. Chances are, they’re stored all over the place – in the cloud, on your social media, on your desktop, your phone. Wouldn’t it be nice to have your photos all in one place? And wouldn’t it be even nicer to be able to share those photos with only the people you want? And for them to share privately with you as well? Well — meet ibi. ibi is a smart photo manager that lets you store, organize and share your photos like never before: privately, easily, intuitively.
I thought it sounded too good to be true, but it’s true…and SO SO easy to use. Really.  Just Plug ibi in, download the app ( it works on both HYPERLINK “https://itunes.apple.com/app/id1367726686″ \t “_blank” iOS and  HYPERLINK “https://play.google.com/store/apps/details?id=com.wdc.ibi” \t “_blank” Android, and there’s even a desktop version) set up an account, and that’s it! ibi syncs photos from your phone, a USB drive, Drop Box, Google Drive – even your social media accounts. Think you have too many photos for ibi to handle? Think again. With 2TB of storage, it’s hard to imagine running out. 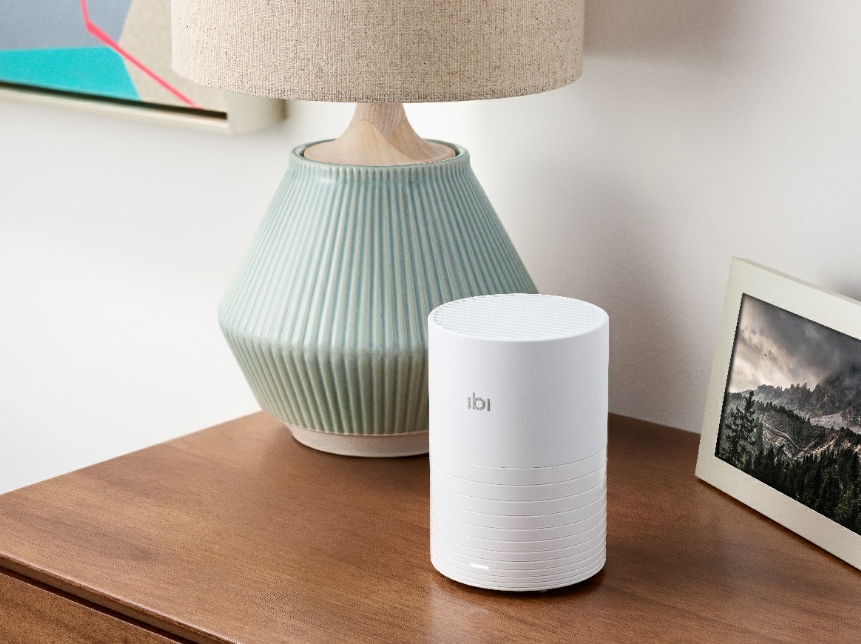 Once you’re all synced, you’re ready to organize and share: create albums based on location, date, or event. And then (and I think this is the best part) SHARE those albums with the people you choose. Let’s face it, not every photo is meant for everyone to see on social media (hello pics of your teen doing…well, anything!). With ibi, you can create an inner circle and share only with them. It’s private and shared at the same time. I also love that ibi is a physical device. I know EXACTLY where the pictures are going. No worries about losing them in some cloud somewhere. They’re right in this cute little device. 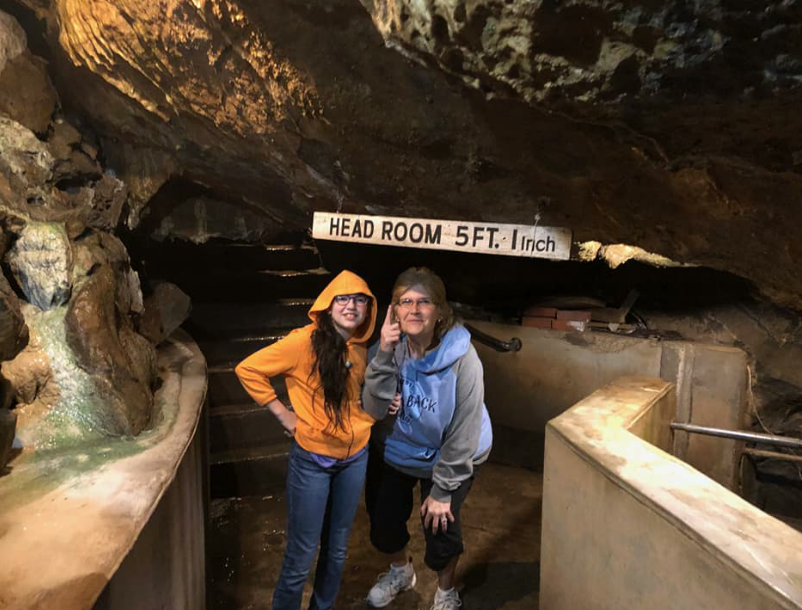 Another thing I love about ibi is that other people can share their pictures with you, too. Let’s say you’re at a Father’s Day event. Your pics go into the father’s day album you’ve created – but SO DO THE PHOTOS TAKEN BY EVERYONE ELSE YOU’VE INVITED TO THE ALBUM. How cool is that? It’s kind of like the old “everyone gets a disposable camera” idea – only way, way better. The people you invited don’t even have to have an ibi!
I’m so looking forward to it at birthday parties for my youngest. I’ll be able to share photos with her friends’ moms without worrying about posting pictures or videos to social media of other people’s kids. Genius! And for vacations it’s just about perfect. Grandma actually wants see every pic – but not everyone on my social media feed has to!

Disclosure: All opinions are of Diane Sullivan and do not reflect the views of the parent company represented. Sample provided. Sponored post. Contact me at Diane@3decades3kids.net or @3decades3kids across all social media networks.

Are Invited to the Free NYC Advance Screening of STUBER 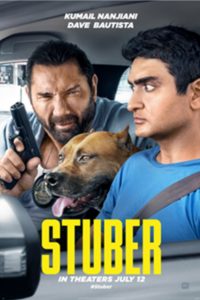 Grab your Dad, your Grandpa, your guy friends and enjoy a night out at this pre- Father’s Day movie celebration! Of course you dont have to be a guy to enjoy this one, so grab whoever and check out STUBER! Did mention you will see the movie ONE MONTH early!? Who’s in?

Here are the details! See you there!

See you there! We can’t wait. Please tweet me at @3decades3kids to tell me what you thought about STUBER!
Screening is first come, first served. Please remember that screenings are overbooked to ensure a full house so arrive early! Entry is not guaranteed. *

When a mild-mannered Uber driver named Stu (Kumail Nanjiani) picks up a passenger (Dave Bautista) who turns out to be a cop hot on the trail of a brutal killer, he’s thrust into a harrowing ordeal where he desperately tries to hold onto his wits, his life and his five-star rating.  Directed by Michael Dowse, this action-comedy from 20th Century Fox also stars Iko Uwais, Natalie Morales, Betty Gilpin, Jimmy Tatro, Mira Sorvino and Karen Gillan.

You Are Invited To The Advance Screening of Late Night! 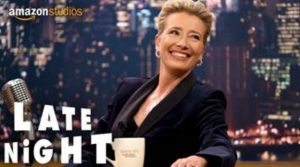 Grab a friend and enjoy the free NYC advance screening of Late Night.

RSVP by clicking the Link below. Please remember to arrive early. Screenings are overbooked in order to ensure a full house.

What’s it all about?? Katherine Newbury (Emma Thompson) is a pioneer and legendary host on the late-night talk show circuit. When she’s accused of being a “woman who hates women,” she puts affirmative action on the to-do list, and—presto!—Molly (Mindy Kaling) is hired as the one woman in Katherine’s all-male writers’ room. But Molly might be too little too late, as the formidable Katherine also faces the reality of low ratings and a network that wants to replace her. Molly, wanting to prove she’s not simply a diversity hire who’s disrupting the comfort of the brotherhood, is determined to help Katherine by revitalizing her show and career—and possibly effect even bigger change at the same time.

MY LITTLE PONY LIVE, AN ALL-NEW MUSICAL PRODUCTION FROM

HASBRO, COMES TO THE LIVE STAGE

Is Inspired by the Brand’s Signature Themes of

Calling ALL My Little Pony FANS! This is going to be incredible and our family cannot wait, well, Emm and Mom definitely cannot wait! I feel like half my life has been devoted to playing with My Little Pony, reading about them, singing the songs- You get it!! If you are a fan or your kids are you know exactly what I am talking about. So when I heard that My Little Pony Live was in the works I could not wait to share the news with you! This just looks so incredibly fun! I’m about as EXCITED as PINKIE Pie right now!! Hasbro, a global play and entertainment company, and Mills Entertainment, a leading producer and promoter of branded live entertainment, today announced a deal to launch MY LITTLE PONY LIVE.  In its first original touring production in North America, the all-new musical, inspired by the brand’s signature themes of friendship and magic, will feature the beloved pony characters affectionately called “the Mane Six”—Twilight Sparkle, Pinkie Pie, Rarity, Fluttershy, Applejack and Rainbow Dash.

Also included in the lineup is Spike the Dragon, also known as Twilight Sparkle’s number one assistant and the seventh main character from the hugely successful My Little Pony: Friendship is Magic television series, which is currently airing its ninth season.

Set to launch March 2020, full tour dates and details will be announced in August 2019.  Audiences can sign up now for exclusive tour updates and ticket notifications, at the official tour website, www.mylittleponylive.com.  Tickets will be available to the general public beginning in August.

Debuting an original story and new songs, the eye-popping, sensation-filled musical extends a first-ever opportunity to generations of fans across the country who will delight in experiencing what promises to be a dazzling live celebration of all things MY LITTLE PONY. MY LITTLE PONY LIVE will take audiences on an unforgettable journey to Equestria, complete with exciting new adventures, unexpected magic, as well as humor and heartwarming moments reinforcing the power of friendship.

The show is being developed primarily for a family audience, as the MY LITTLE PONY fan demographic carries strong affinity across multiple generations. With inclusivity as a core pillar of the brand resonating with consumers, audience-goers of all ages are expected to attend.

“Having expanded from a consumer products brand in its early days to a powerful entertainment player, MY LITTLE PONY is an iconic brand that has touched people everywhere.  We’re proud to partner with Hasbro to bring the live show to fans across the country,” says Michael Mills, CEO of Mills Entertainment. MY LITTLE PONY is one of the most globally recognizable brands with a presence in more than 193 markets worldwide, including omni-screen entertainment and all major consumer products categories.  For more than 35 years, the MY LITTLE PONY franchise has become a significant part of pop culture transcending both age and gender, allowing for amplified engagement with a broad spectrum of fans with socially relevant messages of acceptance and friendship. The brand has multi-generational appeal from kids to moms who grew up with MY LITTLE PONY, as well as trendy tweens and teens.